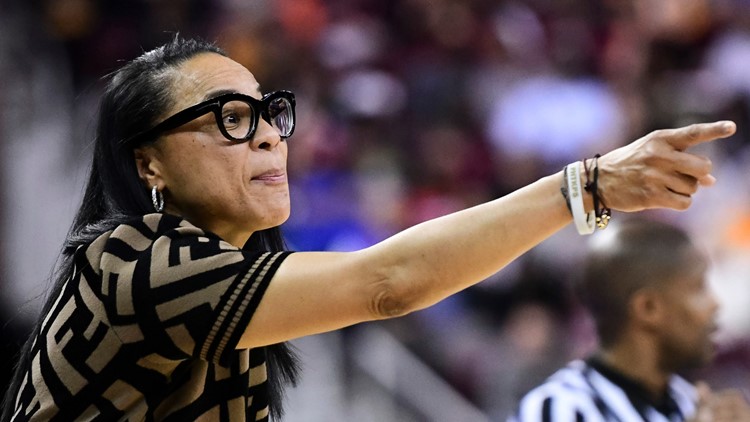 USC women's basketball ranked number one ahead of UConn showdown

NEW YORK — The South Carolina Gamecocks are ranked number one again as they get ready for Monday's major showdown against the UConn Huskies.

The Gamecocks were atop the AP women's college basketball poll for the fourth straight week.

RELATED: Gamecocks go for a first against UCONN

But Monday, they'll face number 5 UConn, a program USC has never beaten in eight previous matchups. The Huskies (20-2, 10-0 American Athletic Conference) are 7-6 all-time vs. the top-ranked team in the AP Poll. UConn is 4-4 against the No. 1 team on the road

Even though UConn is in the top five, this will be the first time USC will be the favorite to win. (Most of the previous matchups game during a dominant run where UConn won several national titles).

Gametime is set for 7 p.m. at the Colonial Life Arena. Gamecocks Head Coach Dawn Staley says the game is officially a sellout.

Elsewhere in the AP poll, Baylor was number two, followed by Oregon, NC State, and then UConn.

UConn kept alive its streak of being in the top five. The run goes back to February 2005.