Mia Horvitt and Megan Davies are honored by the SEC for their performances this spring. 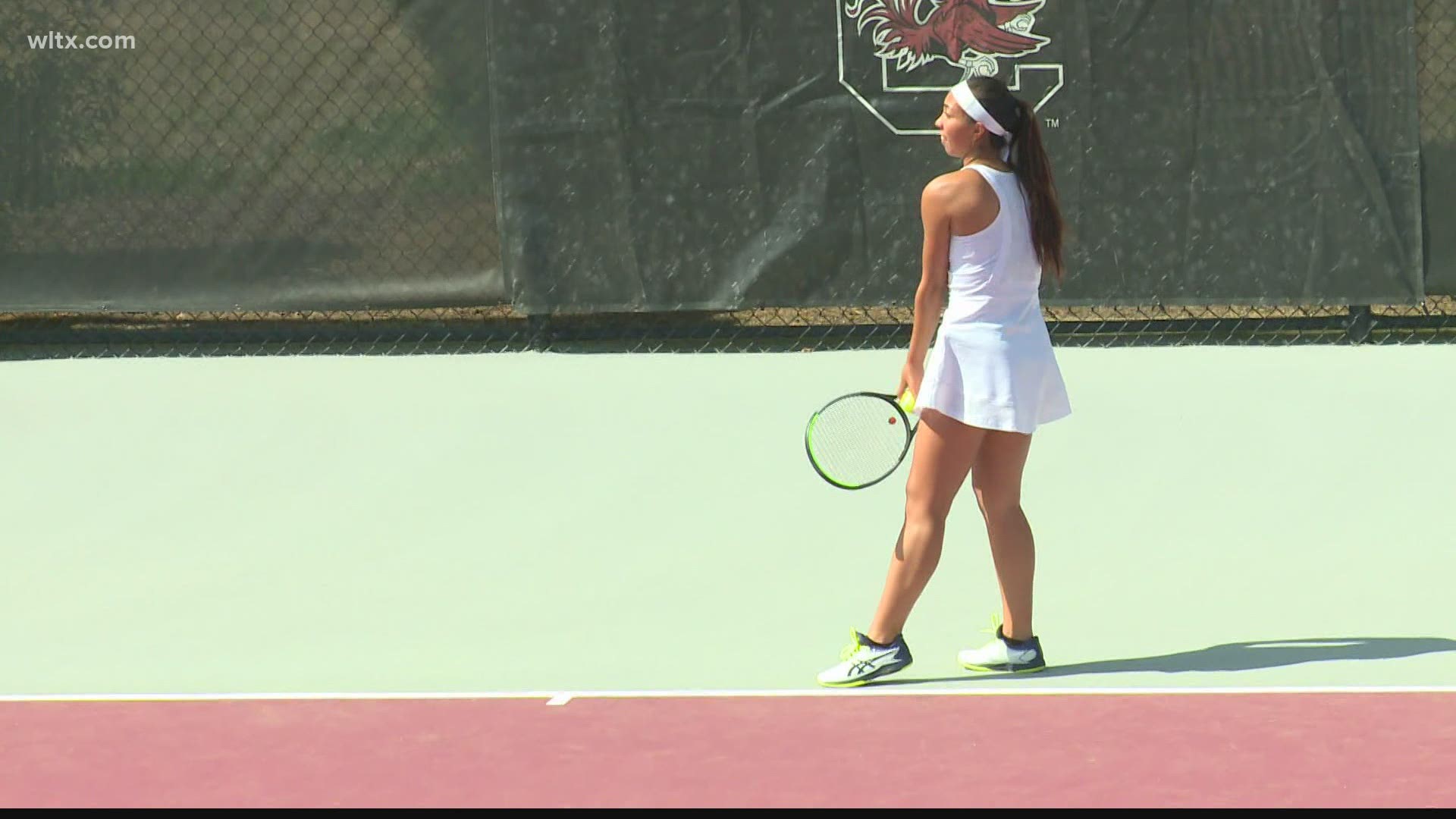 The 22nd-ranked South Carolina women's tennis team features a pair of players who have been named All-SEC.

Mia Horvit earned a spot on the All-SEC First Team for the second time in her career, while Megan Davies made the All-SEC Second Team to mark her first career all-league award.

Horvit is currently ranked No. 35 nationally in singles and combined with Davies forms the nation's No. 13-rated doubles team. She played the No. 1 singles position the entire season and put together an 11-9 record overall while going 9-7 on court one and 6-3 in SEC matches. Horvit scored three wins against ranked opponents, two of which came versus players ranked in the top 20 at the time of the match. The Palm City, Fla., native stands three singles wins shy of reaching 100 for her career, a feat accomplished by only three other Gamecocks in the program's history.

Davies is rated as the No. 48 player in the country in the latest ITA rankings. The Wolverhampton, England, native secured the No. 2 singles position throughout the season and went 12-8 overall in singles play. Davies posted a 10-5 record in dual matches and had a 6-3 mark in SEC competitions. She took home SEC Player of the Week honors once after helping South Carolina earn two upsets on the road at Mississippi State and Ole Miss. Davies had three wins over ranked players during the spring who were all rated in the top 50 in the nation when the match took place.

In doubles, Davies and Horvit played the No. 1 position in almost every match this spring and went 13-10 together overall. They went 9-8 at No. 1 doubles and 6-5 in SEC matches. Their current No. 13 ranking is their highest of the season, and they own seven victories against ranked opponents on the year. Individually, Horvit compiled a 15-10 record in doubles to lead the Gamecocks.