The South Carolina football team took Monday off in order to participate in a demonstration on campus to promote racial equality and social justice. 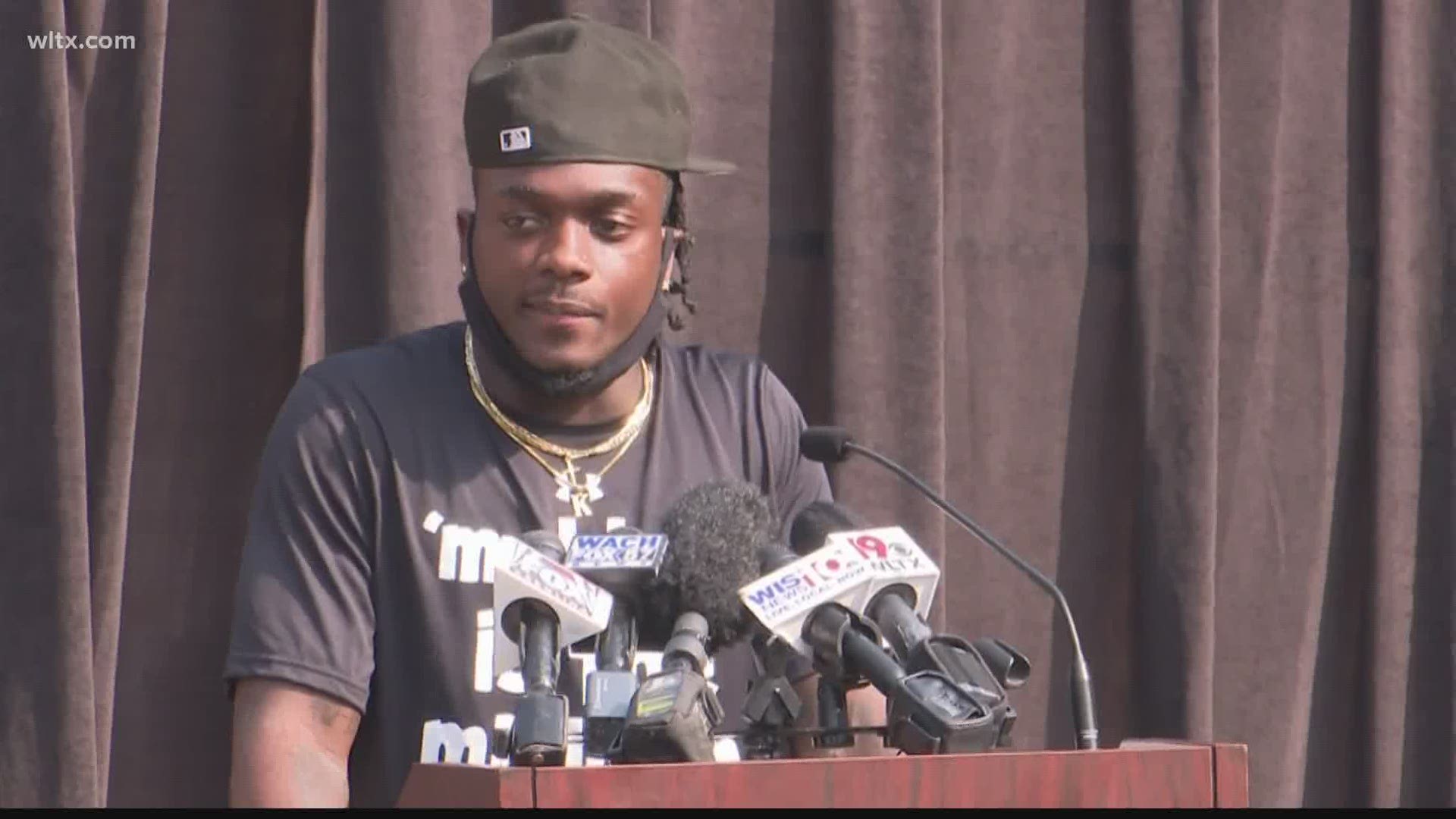 COLUMBIA, S.C. — The South Carolina Gamecocks were slated to be in the gym and the film-room on Monday, but the team had other plans.

Football Head Coach Will Muschamp announced that instead of football activities, the team would participate in a demonstration on USC’s campus to promote racial equality and social change. Muschamp said the idea came from his team’s leadership group.

“Everyday I fear for my life,” said Joyner. “I look in the mirror every single day, and I pray before I get in the car because I know one mistake while driving…I could potentially be pulled over. I definitely fear for my life whenever I drive because I know I’m not perfect, I’m going to make mistakes, not knowing that could be the end of my life at a traffic stop.”

“I’m lost for words on how it feels to be black in America,” Jabari Ellis describes. “To mistreat a group of people because of their skin color is unacceptable.”

Jay Urich earned national attention for his “Matter is the Minimum” sign during a protest following the George Floyd incident. Since then, the quarterback has decided to start a non-profit organization designed to provide children with opportunities and resources through public health, faith and football.

The redshirt junior spoke on Monday about what ignited him to act. “I was ignorant and unaware to what my black brothers and sisters went through every day. After talking with some of my teammates and seeing the pain in their eyes, I knew I couldn’t stand on the sideline anymore. I wanted to get in the game.”

Lauren Chang was the only speaker outside of the football team, but her message was received just as well. “We all have the ability to be an ally,” the senior midfielder said. “To listen to black voices, to educate ourselves, and to stand up for what’s right.”

After cancelling football activities on Monday, The Gamecocks will return to the football field on Tuesday as they continue to prepare for their season opener on September 26th against Tennessee.