In his first pro season, Morant averaged 17.8 points and 7.3 assists. 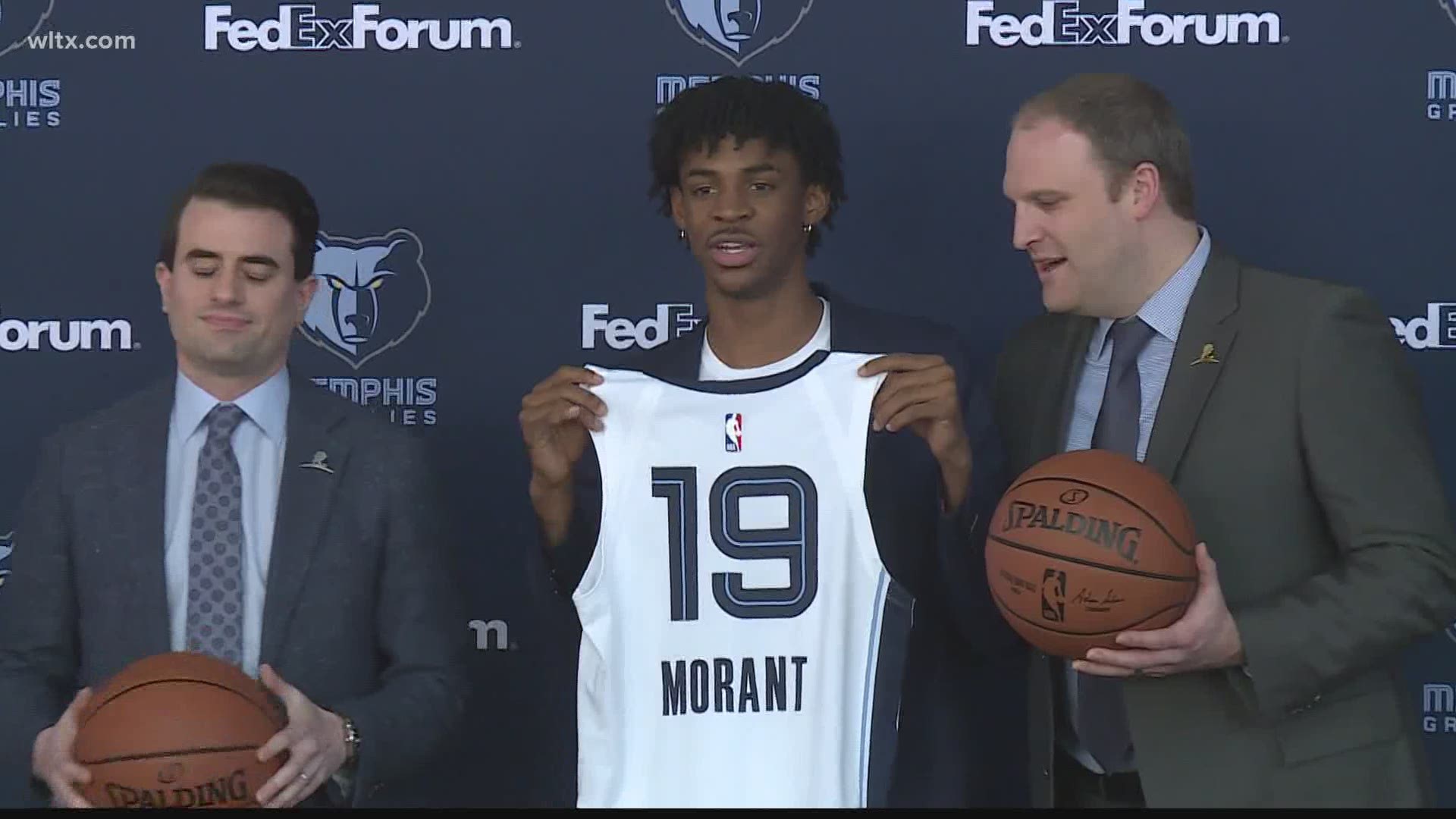 LAKE BUENA VISTA, Fla. — Memphis Grizzlies star Ja Morant is the runaway winner of the NBA rookie of the year award for 2019-20, the first Grizzlies player to win the award since Pau Gasol in 2001-02.

In his first pro season, Morant averaged 17.8 points and 7.3 assists for the Grizzlies and was instantly acclaimed as one of the NBA's rising stars. This was a particularly challenging season, as the NBA season was suspended for over four months due to the pandemic.

Morant was born in Sumter County and played high school basketball at Crestwood High School. He then went to Murray State in Kentucky, where he became a first-team All-American in his senior season.

He was then drafted second overall in the 2019 NBA Draft.

Miami’s Kendrick Nunn was second and New Orleans’ Zion Williamson was third in the voting announced Thursday. It should be noted Williamson is also from South Carolina.

Nunn, who was undrafted, averaged 15.3 points for the Heat. Williamson averaged 22.5 points and 6.3 rebounds, but the No. 1 pick in the 2019 draft missed much of his rookie season while dealing with injury.