The undefeated team is hoping to bring back another win for the Gamecock City, after earning the title last year. 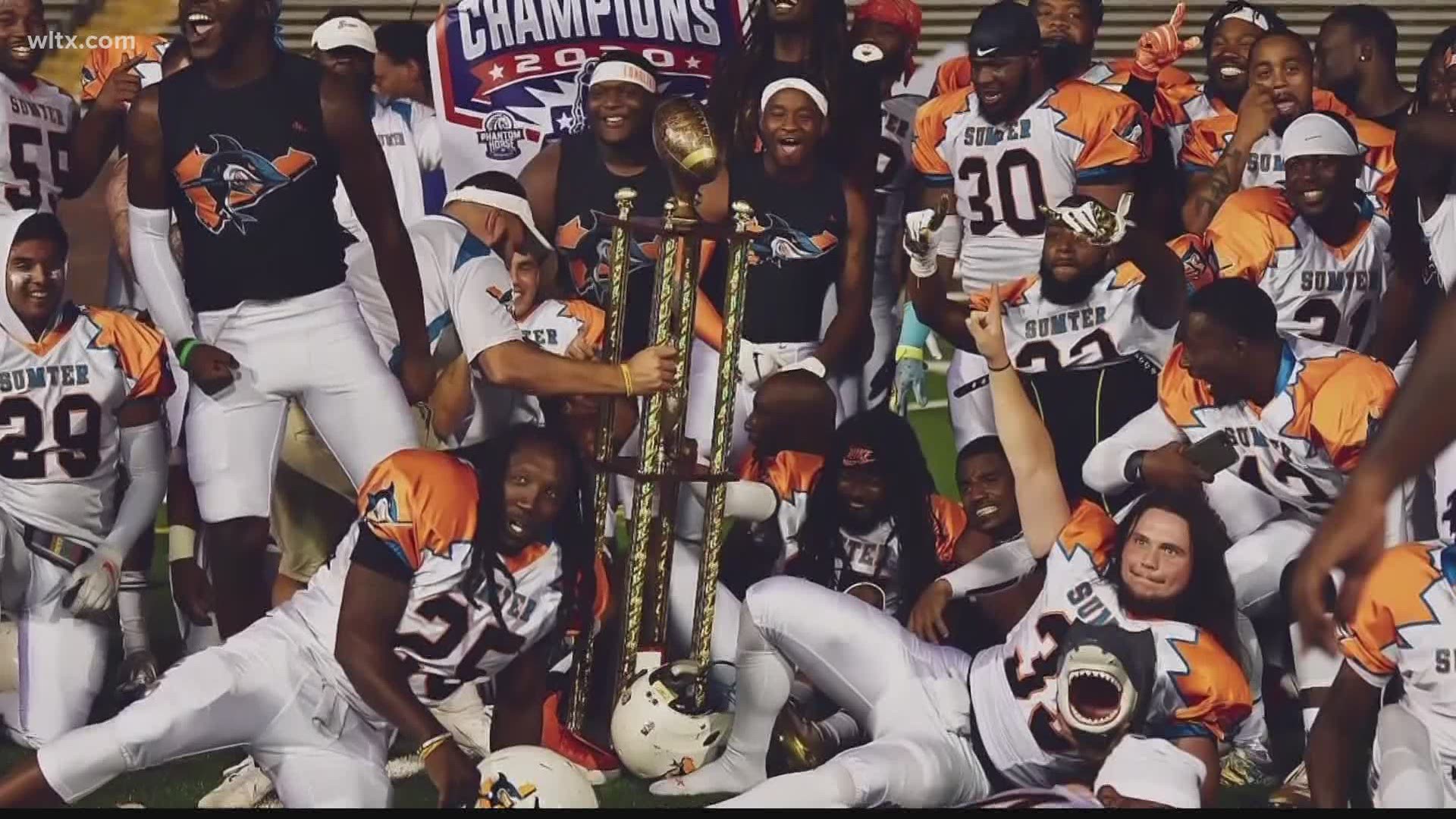 SUMTER, S.C. — Next Saturday, the undefeated Sumter Sharks will go head to head with the undefeated Chattanooga Eagles in the semi-professional football finals.

"This year, we’re going to win it again. Ain’t no ifs, ands, or buts about it,” Rembert said. "Just, good luck to the Eagles."

Many players have stories similar to Jeremiah Kelly, Zachary Cranmer and Demetrius Bouttry with a history in high school or college sports.

“Even when we’re the top dog, we play as if we’re the underdog,” Cranmer said. "We never put ourselves above anybody."

They say the IAFL offers them an opportunity to get back to the sport they love with a team that's more like family.

“I discovered it from a friend and... just wanted to find somewhere to call home, you know," Kelly said, "and, I found it in this organization.”

RELATED: EXPLAINER: Olympics are harder on marijuana than pro sports

As they head to the out of town championship, Bouttry says they're hoping to bring back another win for the Gamecock City.

"We’re the only organization that actually went back multiple times and now we have a chance to win the championship multiple times and go undefeated," Bouttry said, "So, that would be significant season and like what you call a fairytale story at the end. Something you really don't believe in, but it actually happens.”