Tavien Feaster signs with the Giants

Former Clemson and South Carolina running back will try to impress new Giants head coach Joe Judge and the rest of the offensive staff. 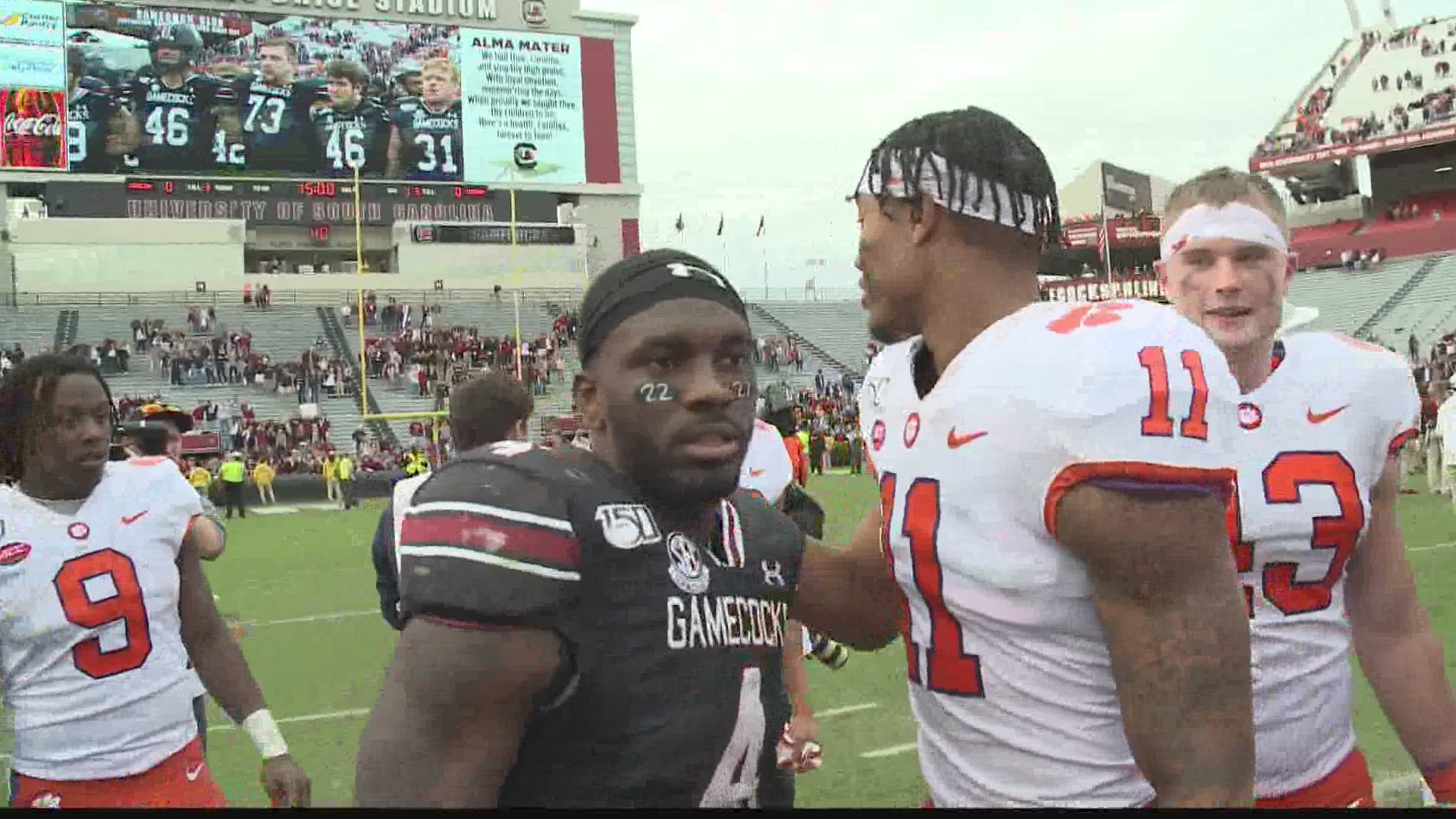 COLUMBIA, S.C. — Some speed has been added to the New York Giants backfield with the signing of free agent running back Tavien Feaster.

The former Clemson running back who transferred to South Carolina for his final season in 2019 rushed 124 times for 672 yards with five touchdowns in his one season with the Gamecocks. He added 17 catches for 87 yards.

In three years in the Clemson program, Feaster rushed for 2,002 yards which and 20 touchdowns on 346 carries.

During his high school career at Spartanburg, Feaster recorded 6,562 all-purpose yards and was named to the Shrine Bowl. He also competed in track where he excelled was a four-year region champion.

Feaster's South Carolina teammate T.J. Brunson from Richland Northeast High School is a rookie linebacker with the Giants. His Clemson teammate Dexter Lawrence is a second-year defensive tackle with the Giants.

With Wayne Gallman entering his fourth season with the Giants, there will be two former Tiger running backs on the roster.

The Giants running backs coach is Burton Burns who held the same position at Clemson under former head coach Tommy Bowden. He also worked at Alabama where in his 11 seasons in Tuscaloosa, he was a part of five national championships.

This is Feaster's second NFL team after he was released by the Jacksonville Jaguars on April 27. He was signed by the Jags as an undrafted free agent.