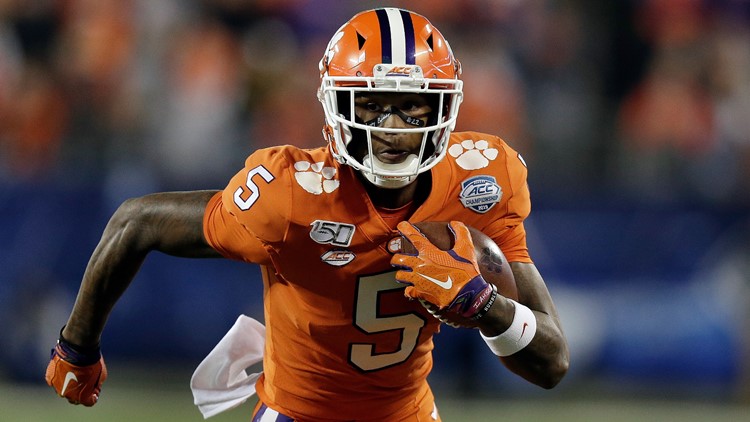 CLEMSON, S.C. — Clemson wide receiver Tee Higgins is going to the Cincinnati Bengals after being drafted with the first pick in the Second Round of the 2020 NFL Draft.

He was the 33rd overall pick.

In 2019, Higgins recorded 59 catches for a team-high 1,167 yards, the fifth-most in a season in school history. He was Trevor Lawrence's go-to guy in the red zone and he ending up leading the Tigers with 13 receiving touchdowns.

A second-team All-ACC selection as a sophomore during the Tigers' national championship season of 2018, Higgins was a first team selection this past season as a junior.