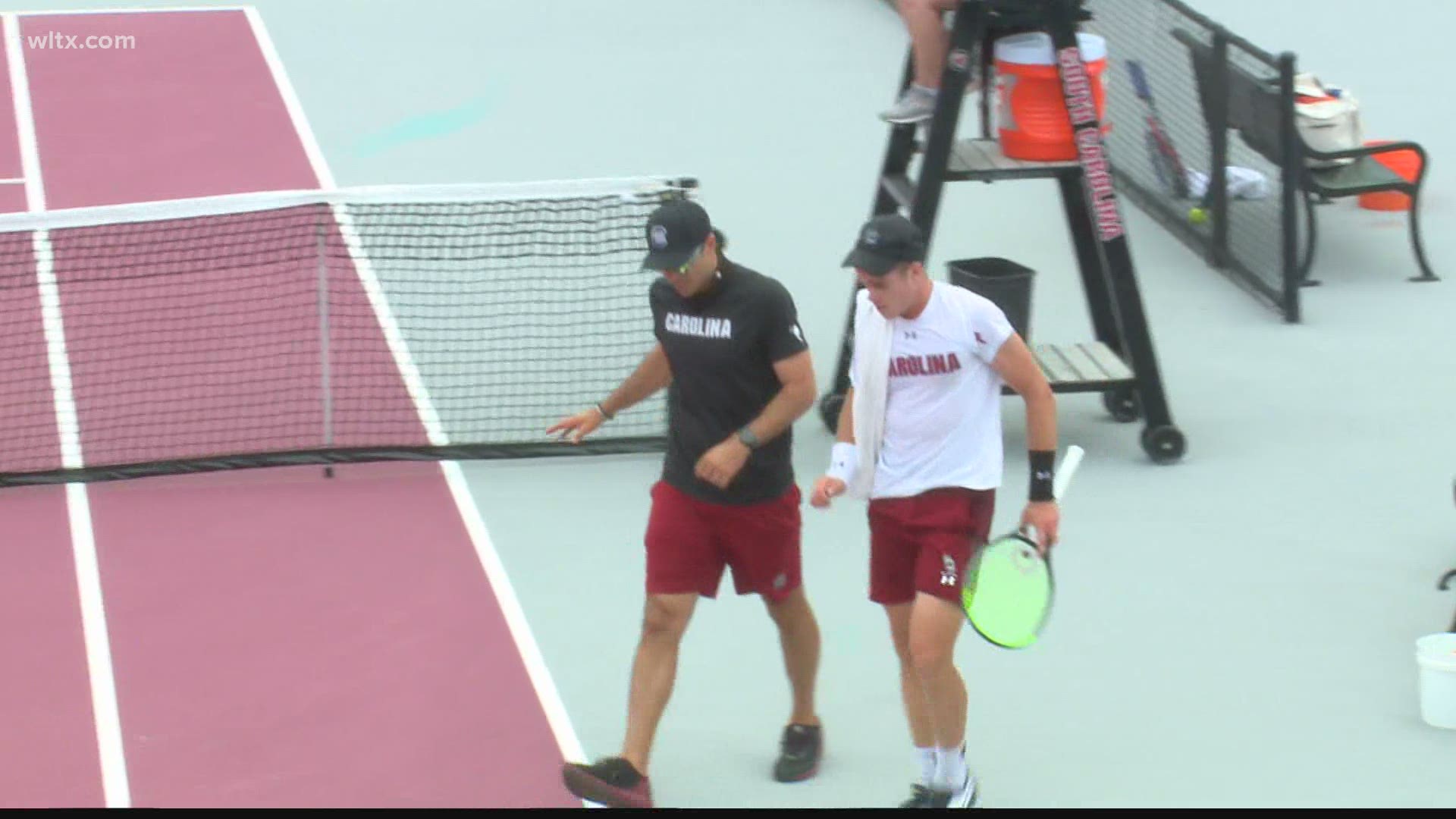 COLUMBIA, S.C. — In what may be one of the most obvious awards of this academic year, South Carolina men's tennis sophomore Daniel Rodrigues been named an Intercollegiate Tennis Association All-American. He is the 13th Gamecock to earn ITA All-America status and the fourth in the Josh Goffi era.

Rodrigues finished his second full season with the Gamecocks ranked third nationally in singles, tying for the highest final ranking in program history. He recently was a NCAA Singles Championship finalist, making South Carolina the first program with back-to-back finalists in the event since the 2004-05 season.

Earlier this year, Rodrigues became the first player in program history to take over the number one position in the ITA singles rankings. He accomplished that historic feat on March 30. He went on to be named First Team All-SEC. just the third Gamecock to be named to that team on more than one occasion.

Rodrigues' 31 singles victories this season included 15 against nationally ranked opponents, the second-most in program history, with seven of those coming against top-25 opponents. He recorded wins over the No. 2 and No. 3 players in the country during the regular season. His nine SEC singles wins were the third most in Gamecock history. and his 18 wins at the No. 1 singles position are fourth in program history and his .782 (18-5) winning percentage at the position is third best.

Rodrigues helped the Gamecocks finish the season ranked 13th, the highest final ranking for the program since the 1988-1989  team finished that season ranked fifth in the country.