Trevor Lawrence named the ACC Preseason Player of the Year

Clemson's junior quarterback is the media's choice to win the ACC Player of the Year award in December. 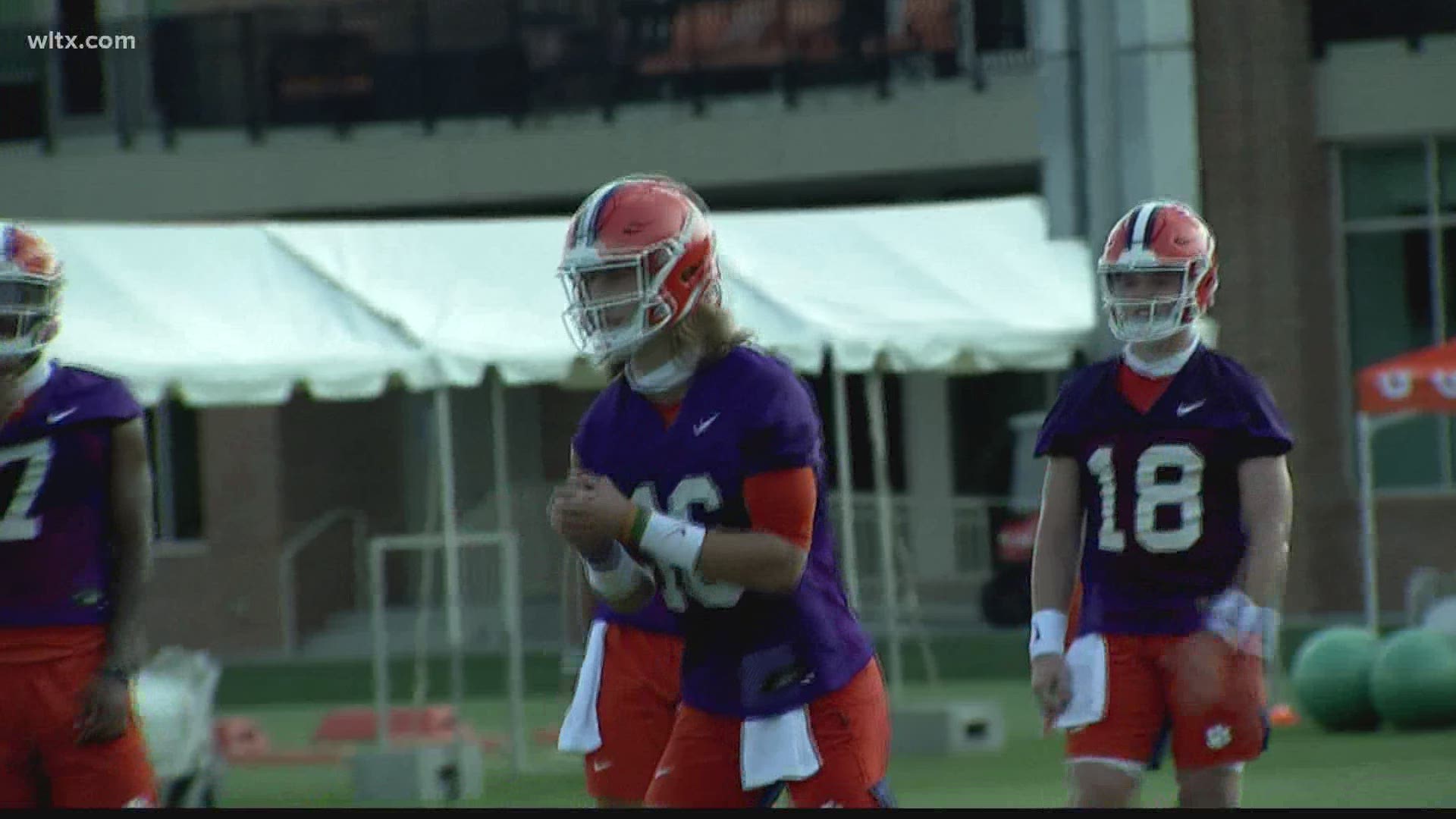 CLEMSON, S.C. — Five Clemson players have been named to the Preseason All-ACC team headlined by quarterback Trevor Lawrence who was named the preseason player of the year.

Lawrence was on 100 ballots to lead the voting for the Player of the Year award. His backfield colleague, running back Travis Etienne, received 30 votes. The duo have been a part of a 29-1 record over the last two seasons which include a national championship two years ago and a spot in the CFB National Champion Game this past January.

Lawrence is coming off a sophomore season in which he completed 268-of-407 passes for 3,665 yards with a career-high 36 touchdowns. The Cartersville, Georgia, native has amassed nearly 7,800 yards of total offense while accounting for 76 touchdowns (66 passing, 10 rushing) in two collegiate seasons.

Etienne, who last season became the first running back in more than four decades to be named ACC Player of the Year in back-to-back years, enters 2020 as the ACC’s all-time career leader in rushing touchdowns (56), total touchdowns (62) and points by a non-kicker (372).

Trevor Lawrence has been selected as the ACC Preseason Player of the Year! @ClemsonFB | #ACCFootball pic.twitter.com/HPzbP56dnA