Current USC running back was back on the Clemson campus Friday morning for graduation ceremonies. 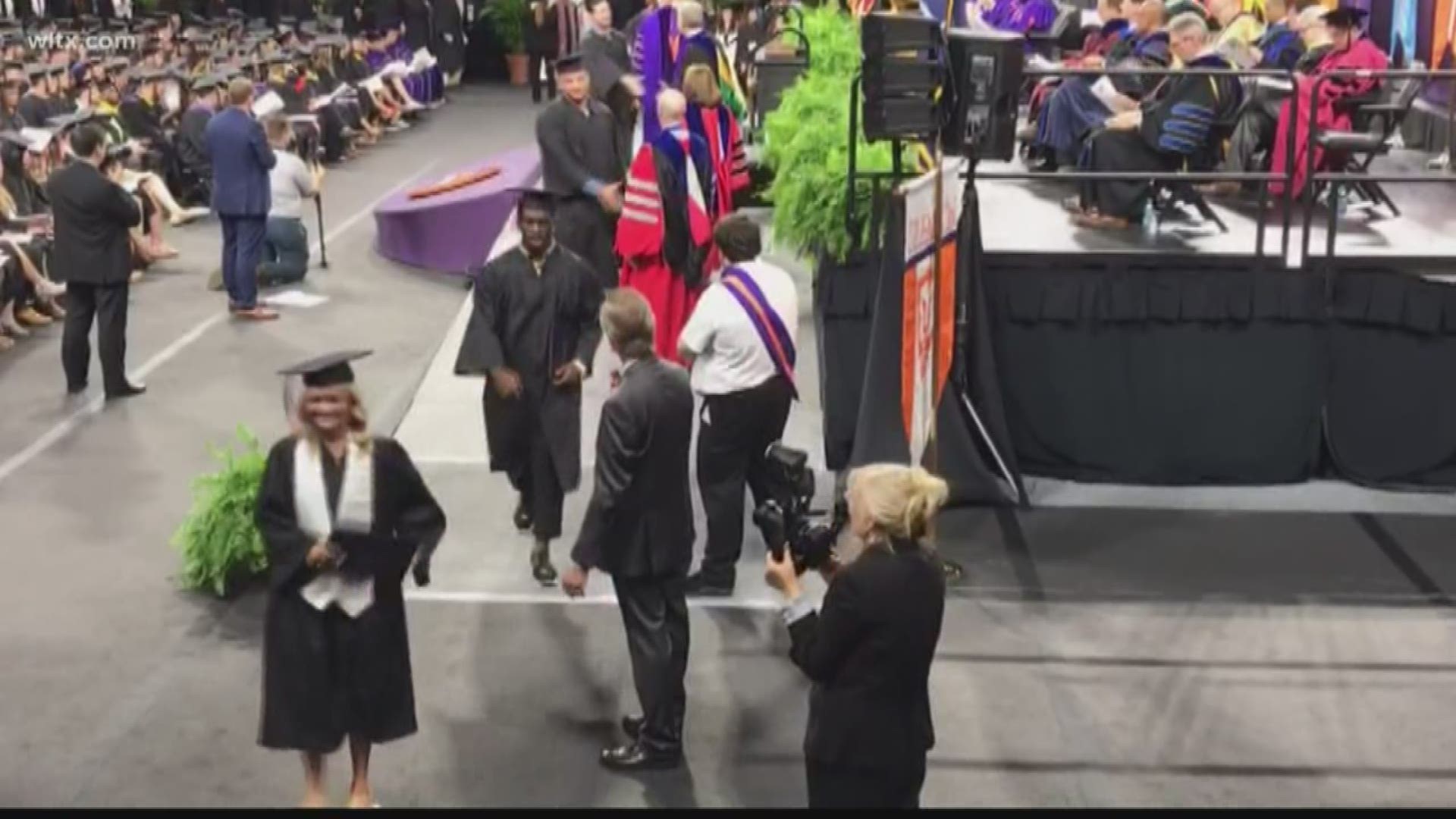 Tavien Feaster was not at USC's Friday practice but he had a good reason for missing the workout.

Feaster was back at his former school where he took part in graduation ceremonies. The former Clemson running back earned his degree which has allowed to be eligible to play immediately for South Carolina as a graduate transfer.

According to former Clemson Sports Information Director Tim Bourret, Feaster would become the third player to play in a football game for both rivals when he does. The former Spartanburg standout is expected to give the Gamecocks their best weapon at running back in the Will Muschamp era.