Will Muschamp: 'I look forward to coaching here a long time'

The Gamecocks coach says he will fix the problems with the team and plans to be leading the football team 'for a long time.' 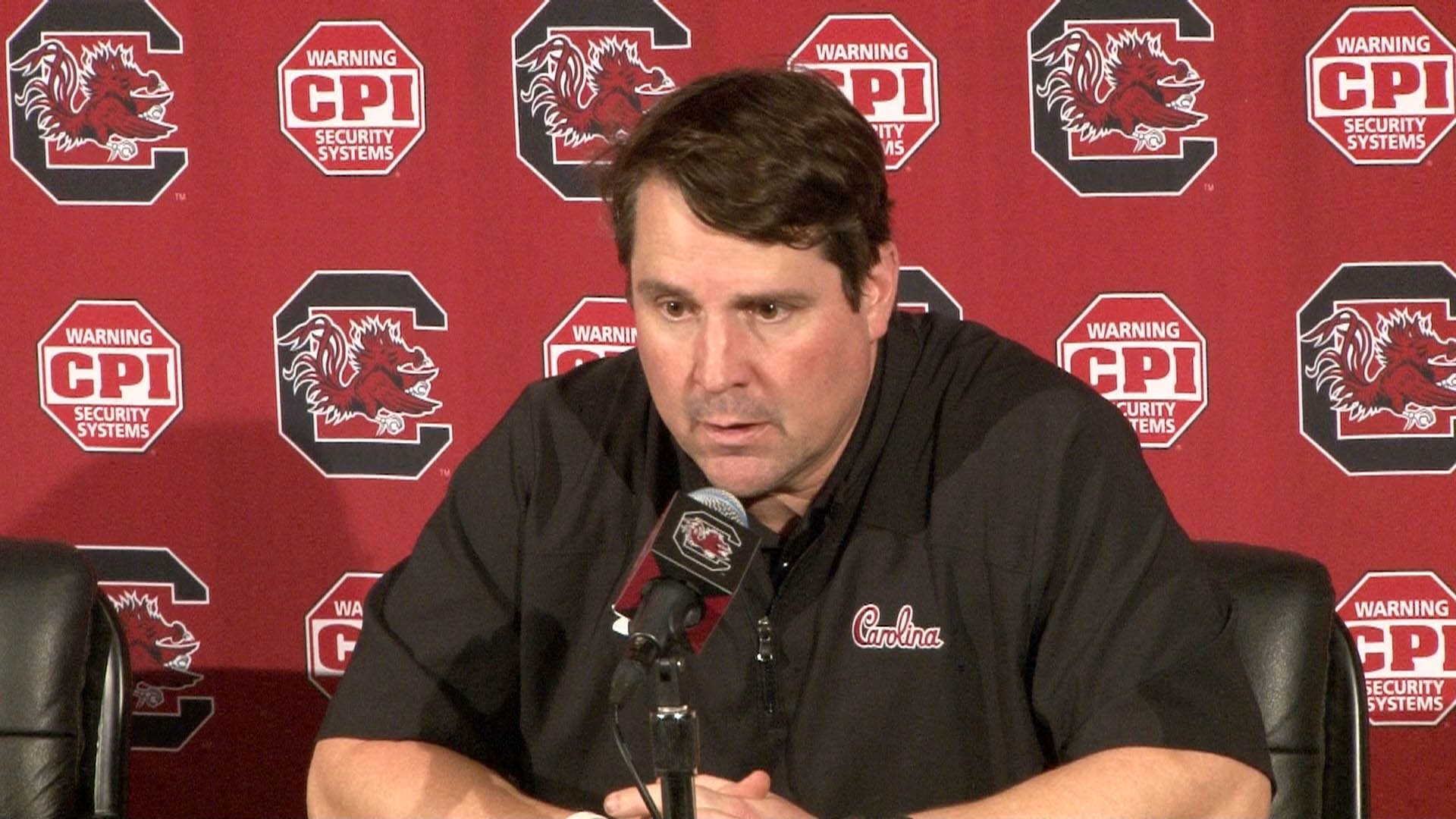 COLUMBIA, S.C. — South Carolina Gamecocks Head Coach Will Muschamp said he understands the frustration fans are having with the team. He's having those same thoughts.

"A frustrating day to end a frustrating year," he said, moments after his team lost 38-3 to archrival Clemson, their sixth straight loss to the Tigers. His squad ended the year with a 4-8 record, their second-worst season in the last 19 seasons.

"Latter half of the season we struggled offensively," Muschamp said. "We've got a young, talented roster. I think we've got some good players in our program. I'm extremely frustrated for them."

Once again, the team struggled to produce points. In their last three games of the season, they scored just one offensive touchdown. Against Clemson, USC was outgained 527 to 174 in offensive yards.

"We gotta make some changes moving forward," Muschamp added. "I'm not addressing anything as far as as that's concerned, so don't ask."

"We're struggling in a lot of areas. I don't have enough fingers to put in the dike right now. Confidence is a major issue...to sit there and blame one person I'm not going to do that. We need to be more productive and that's the bottom line."

He said despite the problems, he thinks the program is improving.

One of those who'll be returning is freshman quarterback Ryan Hilinski.

"I think he's progressed well. What we're asking him to do is difficult. I've told him that multiple times. And there's a lot of times we need to play much better around him. And there's some time Ryan will tell you he needs to play better. But the bottom line is we need to improve."

He said he appreciates the fans support and said things are going to change. But despite the rampant speculation in recent weeks (that even prompted the school's president to release a statement supporting Muschamp) he says one of those changes won't be him leaving.

"I look forward to having a long tenure at the University of South Carolina and coaching here for a long time, and getting this thing turned. I look forward to the opportunity and challenge."