'Did not come out as intended': Williams-Brice Stadium banner causing a stir online

Two interpretations of 'garnet' currently decorate the side of the stadium - and fans are taking notice. 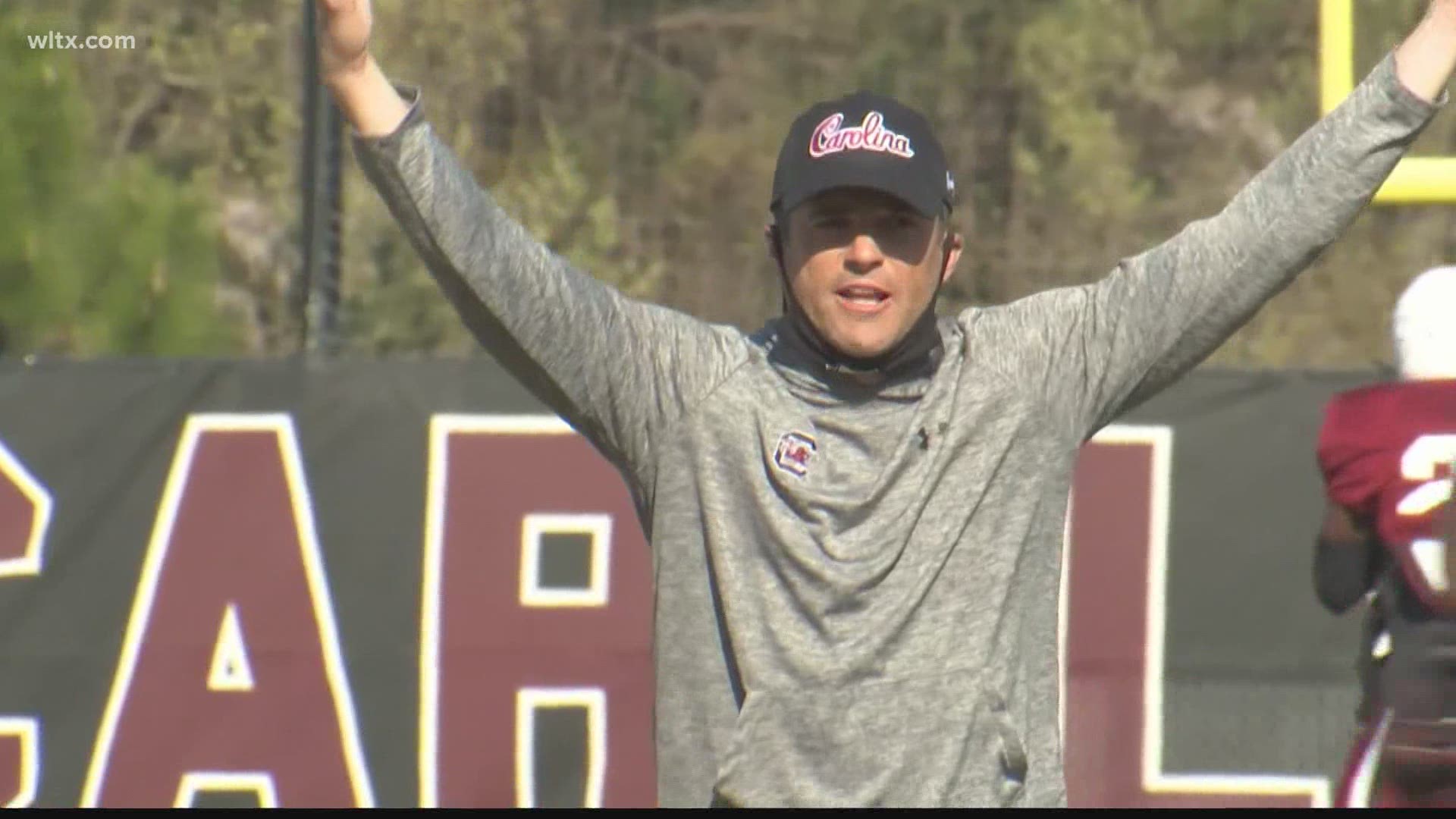 COLUMBIA, S.C. — A banner on Williams-Brice Stadium is getting a bit of backlash on social media due to an apparent color mismatch.

Gamecock Athletics announced on Twitter Saturday that they were working with signage and printing partners to "make the correct change" after the banner was unfurled earlier.

The new banner, with the distinct palmetto that is synonymous with South Carolina and the words "WELCOME HOME" at the bottom, appears on-point on its own.

But sitting below the Williams Brice Stadium sign, one thing stands out pretty quickly - the color is more than a bit off - specifically the University of South Carolina's signature "garnet" coloring.

The colors on our new Williams-Brice Stadium banner did not come out as intended. We will work with our signage and printing partners to make the correct change.

The Gamecocks have already taken notice.

"The colors on our new Williams-Brice Stadium banner did not come out as intended," the organization said.

And the discrepancy didn't appear to be lost on those comments either.

"How are we the only ones that constantly have issues with keeping [our] colors the same?" Twitter user Jason asked. "It's like we just can't for the life of us get it right."

"Why did we even hang it up if it's the wrong color?" asked Burney.

And the list goes on with about 67 comments and 57 quote tweets.

So what's the future of the new banner? When locals saw a crane return to the stadium on Saturday, some posted online that the banner may already be coming down.

But News19's Chandler Mack was about to confirm that was not the case - at least for now.

"I was told by someone close to the situation that the banner is not going to be taken down tonight and it won't be removed until the University makes a decision," Mack said.

So, for now, this bit of hometeam pride, albeit off-color, will remain.

The “Welcome Home” banner at Williams Brice Stadium is still up.

I was told by someone close to the situation that the banner is not going to be taken down tonight and it won’t be removed until the University makes a decision. @WLTX #Gamecocks pic.twitter.com/TiqfzVZcqB