The new stadium guidelines include the delayed opening of parking lots, early opening of admission gates and the required wearing of facemasks 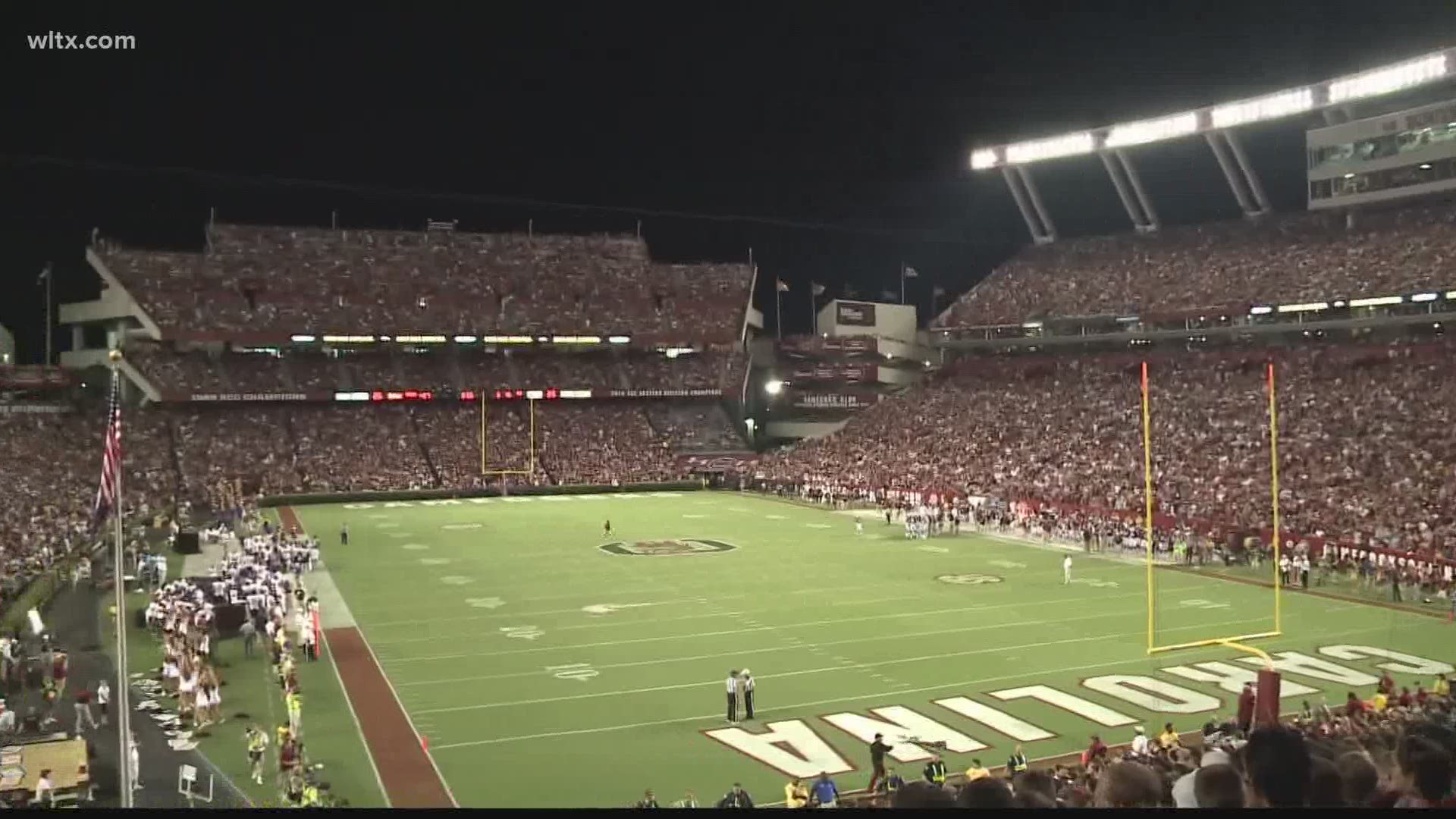 COLUMBIA, S.C. — The University of South Carolina Department of Athletics released its guidelines for fans attending games at Williams-Brice Stadium.

According to the department, the guidelines are based on the guidance of the South Carolina Department of Commerce, Southeastern Conference, local and state health officials and University leadership.

RELATED: USC approved to have 20,000 fans at Williams-Brice Stadium this season

USC is approved to have 20,000 fans at Williams-Brice during each game.

Those guests will have to adhere to guidelines.

According to the release, approximately 15,000 of the fans will be season ticket holders, and there will be a limited number of tickets for students, visiting team families, and Gamecock band members.

Guidelines include the delayed opening of parking lots, early opening of admission gates and the required wearing of facemasks upon entry and throughout the stadium.

Parking lots operated by the Athletics Department will open two hours and 30 minutes prior to kickoff to help discourage tailgating in these areas. Lots will close 90-minutes after the conclusion of the game.

The department also said that the use of tents in these lots will be prohibited, while the use of grills and coolers will also be discouraged.

Gates for admission to Williams-Brice will open two hours prior to kickoff in an effort to spread out entry and decrease queuing.

Face coverings will be required for entry and strongly encouraged while fans are in their seats.

These guidelines can change based on University leadership, the Southeastern Conference and public health officials.

The most current information on these measures and other guidelines around what to expect at Williams-Brice Stadium this fall can be found HERE.

According to the department, the demand for tickets has exceeded the cap of 20,000 the stadium has for the football season.

Because of this, the Athletics Department placed a priority on maximizing the number of season ticket holders who could experience games this season.

The Gamecock Club Executive Committee approved the plan for the 2020 football season to be divided into two mini-plans made available exclusively to current season ticket holders.

Gamecock Club members with season tickets who are interested in attending games this fall and have not requested that their annual dues be refunded or reallocated as part of the Reinvest for Success campaign will be eligible to participate in an upcoming online seat selection process.

Any donor with an account credit after selecting a mini-plan will be able to participate in the Reinvest for Success campaign with those funds.

Details regarding seat selection, pricing and ticket availability are projected to be finalized next week and emailed to all eligible football season ticket holders.