Former Gamecock A'ja Wilson Is The Taking Valuable Lessons She's Learned From Her USC Days And Rookie Season To Have A Standout Sophomore WNBA Campaign. 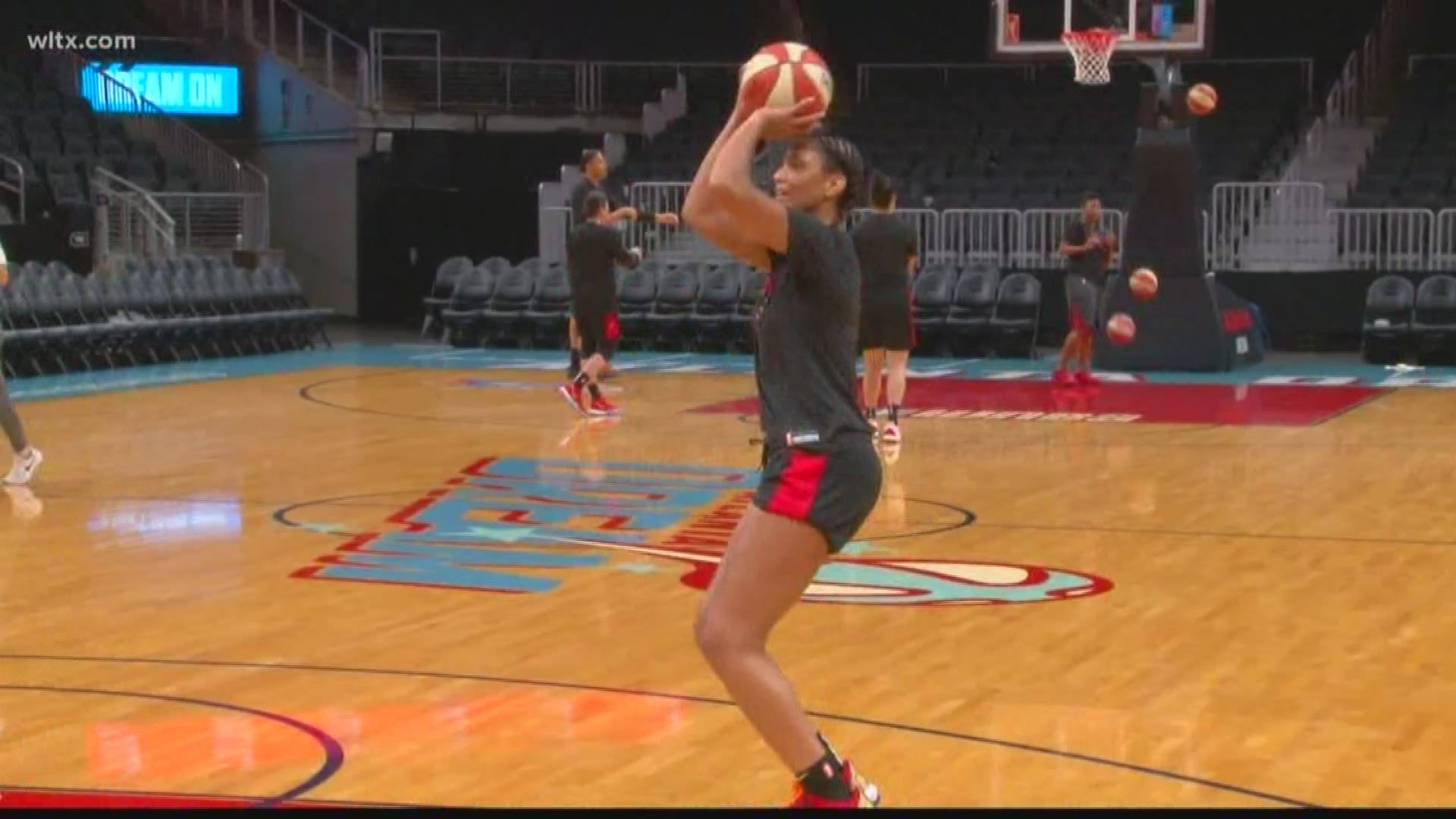 ATLANTA — A lot can happen in one year. For A'ja Wilson 2018 was loaded with success and lots of transition.

The former Gamecock standout finished her stellar career at South Carolina and became the number one pick in the WNBA draft going to the Las Vegas Aces. She went to become WNBA Rookie of the Year.

After her monumental rookie year A'ja played overseas for the first time in China but suffered a leg injury that forced her to return to the states for rehab. During that time she served as a sports analyst for the SEC Network.

Now the Hopkins native is back in Atlanta with the Las Vegas Aces with a full year of experiences and another opportunity to grow as a leader.

That's the charge from her head coach Bill Laimbeer who has seen a growth in her game but he needs more now that she knows what to expect as a professional.

"She's not a natural leader except by example on the court by scoring and playing hard. She has to learn the leadership part of the business and that will come with time," Laimbeer said.

"She has patience now," Laimbeer aded. "Last year she didn't know what to expect. She came in as a rookie out of college and had no clue. Now she knows what the game is about so the game has slowed down for her."

A'ja has also paid attention to how her body handled the riggers of a WNBA season. This year she's gotten a lot more sleep which has helped her recover better and be better prepared for practice and for games.

"I'm a lot more comfortable this year. You know how to prepare for stuff. I really understand the mindset of a professional athlete which I kind of had to learn throughout the season last year," A'ja said.

Not only getting the right amount of rest but she is more conscious of her diet which has helped her perform consistently.

But the Aces are 1-2 going into Thursday night's game against the Atlanta Dream and have lost two straight games by two points or less.

The team doesn't feel it but there are high expectations for a team that has three number one draft picks and All-WNBA center Liz Cambage. They are one of the favorites to contend for the WNBA title but the Aces are looking for leadership from A'ja in order to help meet that goal.

The Heathwood Hall product was the leader at South Carolina and led the Gamecocks to their first national championship in program history but this time it's around it's very different becoming a leader among pros even if you are the reigning rookie of the year.

"It's definitely tough to be that vocal leader especially being a sophomore in this league because you don't know. You're going against veterans who have been going at it for years now. So to still create a leadership role and find a role in that way is tough but I'm growing slowly but surely."

Check out what A'ja said about her growth as professional and the biggest piece of advice she took from Dawn Staley that she still applies today.

A'ja and the Aces face the Atlanta Dream tonight at 7 pm and it will air on the CBS Sports Network.