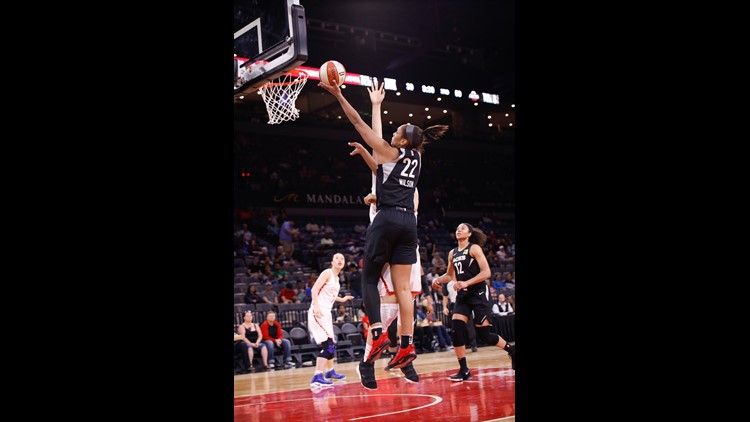 LAS VEGAS, NV — Hopkins native and former USC star A'ja Wilson made her Las Vegas Aces debut Sunday night. She got the start in their exhibition against the Chinese national team.

A'ja scored 9 points and hit her first four shots to start the game. She finished with 20 points and 7 rebounds in about 21 minutes as the Aces won 98-63.

Next Sunday A'ja and the Aces will play Allisha Gray, Kaela Davis and the Dallas Wings for their second preseason game.