Portion of cottage falls into lake, owner thinks it can still be saved

The basement game room at a cottage fell into Lake Michigan last week. Now a new storm threatens the rest of the structure. 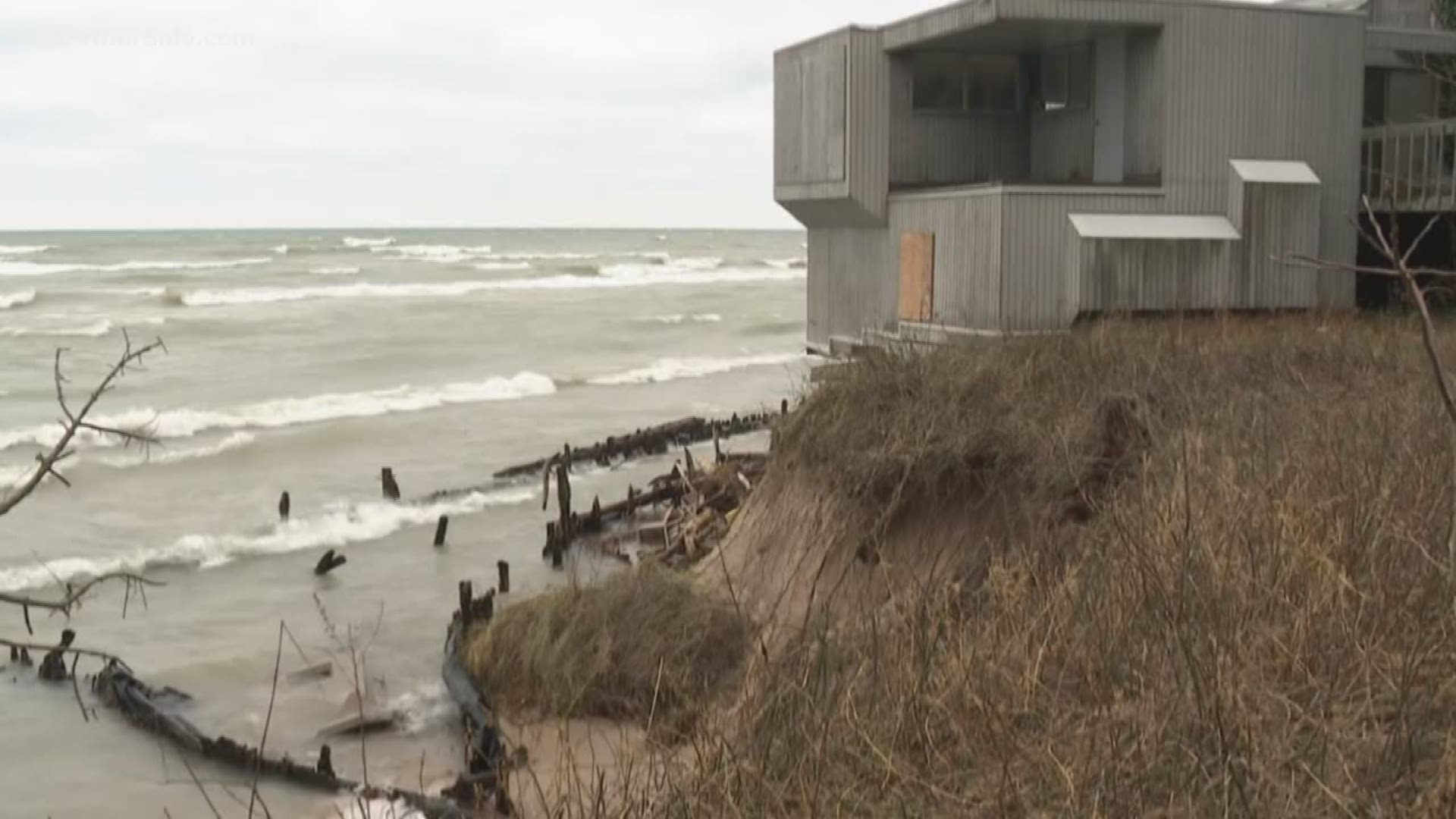 OCEANA COUNTY, Mich. — The owner of a Lake Michigan cottage in Claybanks Township hopes sandbags and a new seawall will preserve what's left of the structure.

Cindy Weisling who lives in Milwaukee was in Oceana County Wednesday to inspect the damage caused by high water and erosion in person.

"When we arrived it looked very bleak," Weisling said.

The cottage just north of Montague has been in Weisling's family since 1966, it was designed by her father. At that time the shore of the lake was 200 feet or more from the cottage.

Last week a portion of the cottage fell into the lake.

Weisling has the necessary state permit to build a new seawall at the cottage. Two others installed years ago are swamped by the lake and big waves.

She hopes to finalize details for the seawall with a Muskegon County company later in December.

"We're just crossing our fingers at this point," she said.

Weisling and her two sons worked to clear the cottage of any valuables, including furniture, and a collection of framed puzzles family members assembled each of the past 50-plus summers.

Other parts of the cottage are in danger of falling in if nothing's done.

Weisling says since she was last at the cottage the lakes made a significant push in the direction of the cottage.

Weisling says because of the cottage's construction it can't be moved. The cottage needs to remain at least 75 percent intact otherwise it won't qualify for building permits to be repaired if it is saved. 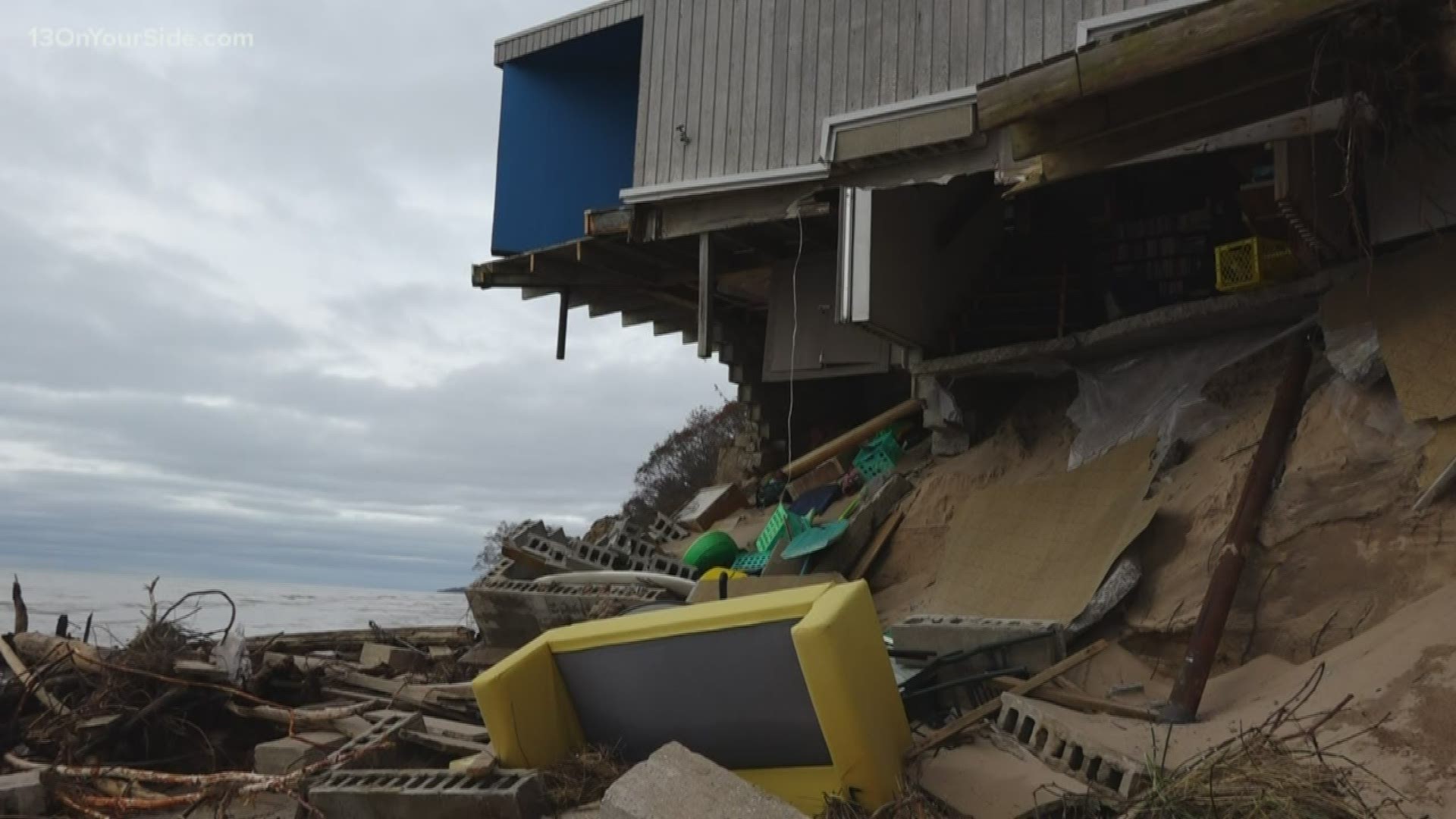 More lakeshore stories on 13 ON YOUR SIDE: