The annular eclipse is when the moon covers the sun's center, leaving the sun's visible outer edge. 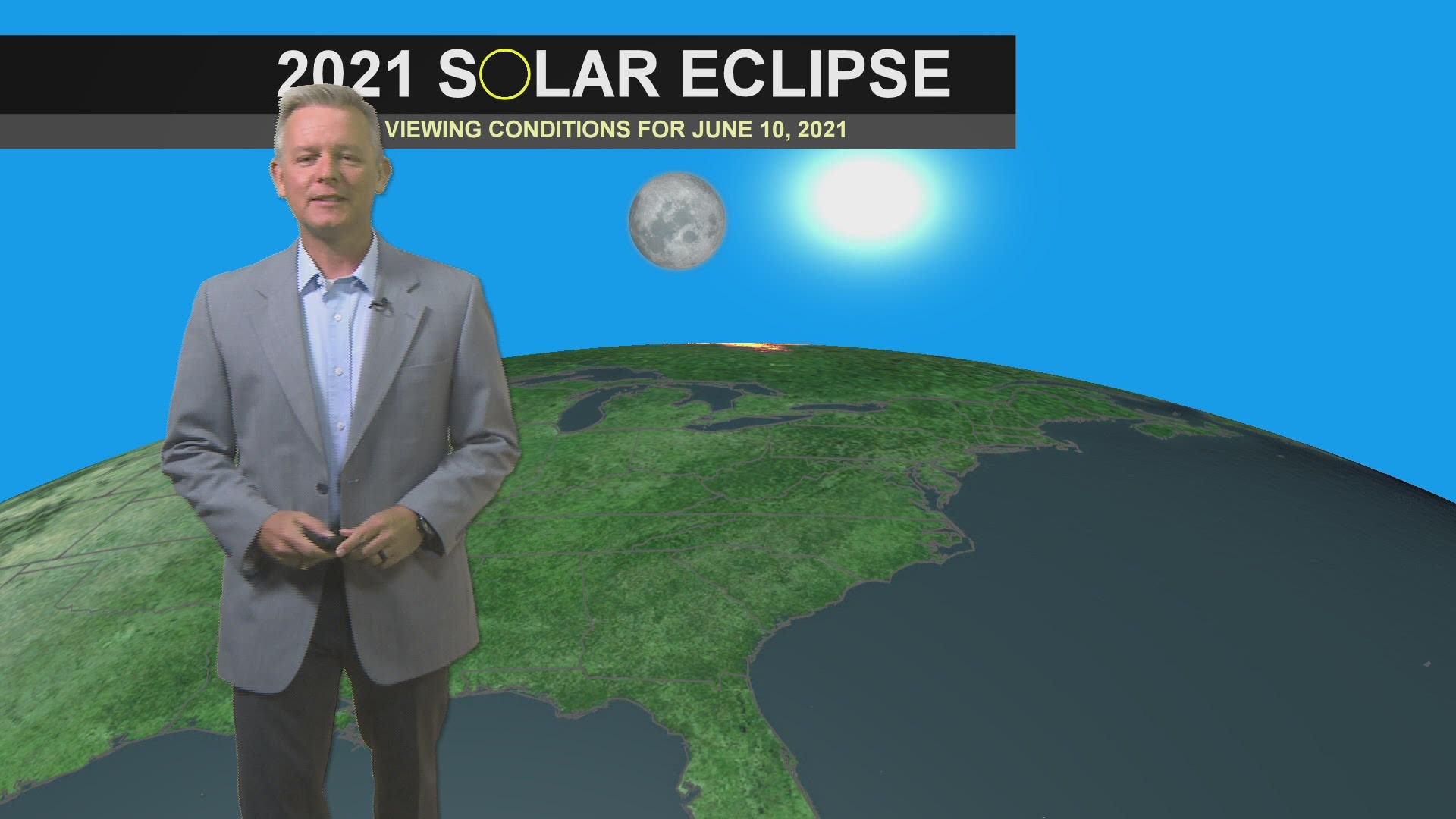 COLUMBIA, S.C. — People across the northern hemisphere will have the chance to experience an annular or partial eclipse of the Sun early Thursday morning.

According to NASA, a solar eclipse happens when the Moon moves between the Sun and Earth, casting a shadow on Earth, fully or partially blocking the Sun’s light in some areas.

During an annular eclipse, the Moon is far enough away from Earth that the Moon appears smaller than the Sun in the sky.

Since the Moon does not block the entire view of the Sun, it will look like a dark disk on top of a larger, bright disk. This creates what looks like a ring of fire around the Moon

In South Carolina, the partial solar eclipse Thursday morning will only cover about 1% to 15% of the Sun, nothing like what the state experienced in 2017.

The partial eclipse will have a coverage maximum of 6% in Columbia.

Skies are forecast to be partly to mostly cloudy early Thursday morning. This may further impede the viewing of the partial eclipse for the Midlands.

How to Safely Watch an Annular or Partial Eclipse:

It is never safe to look directly at the Sun's rays, even if the Sun is partly or mostly obscured by clouds.

When watching a partial solar eclipse or annular solar eclipse, you need to wear solar viewing or eclipse glasses throughout the entire eclipse if you want to face the Sun. Regular sunglasses are not safe for viewing the Sun.

If you do not have solar viewing or eclipse glasses, you can use an alternate indirect method, such as a pinhole projector.

Pinhole projectors should not be used to look directly at the Sun, but instead to project sunlight onto a surface.