The woman had crashed a stolen car and then tried to jump onto a moving tractor-trailer and was struck. 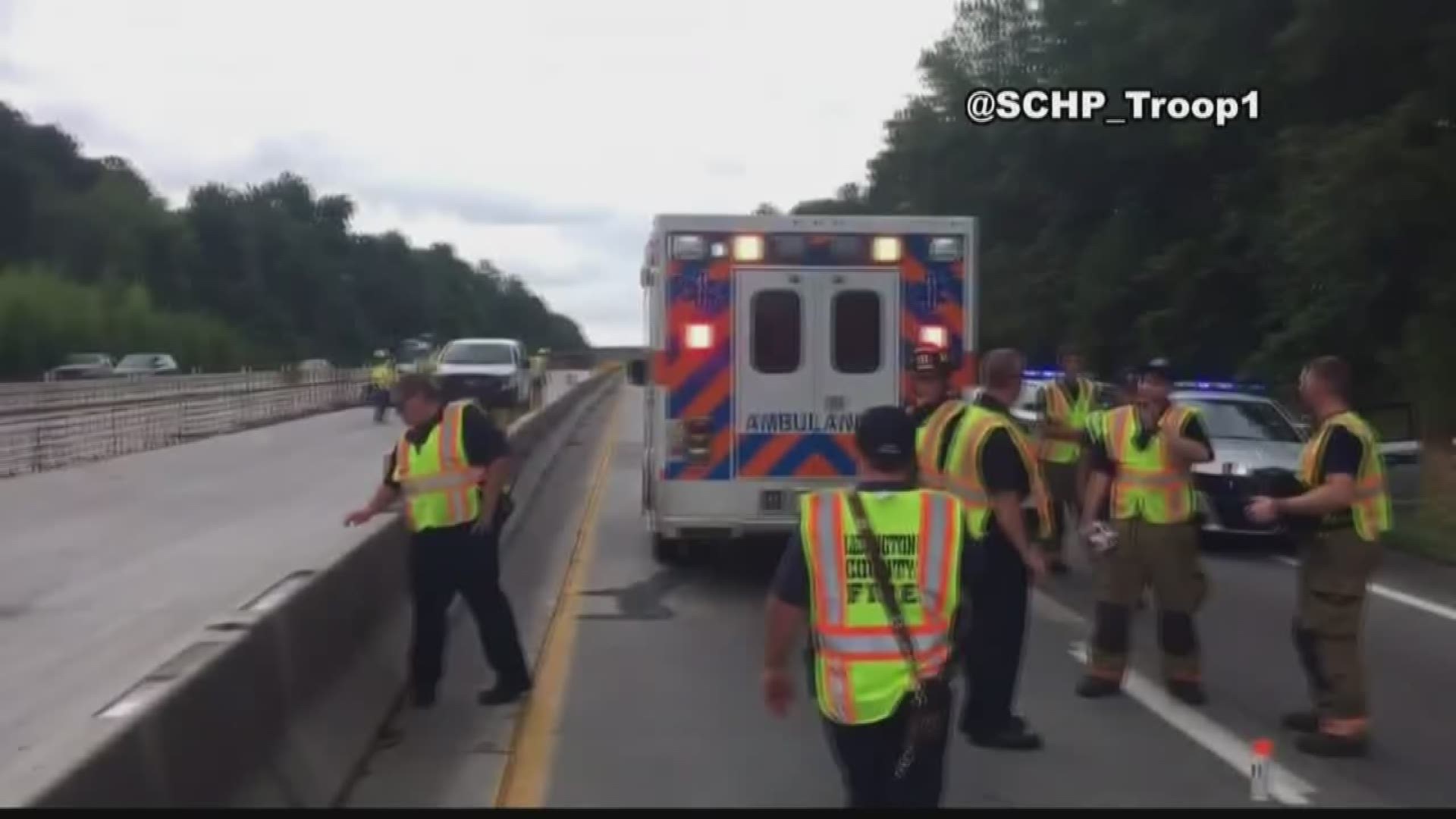 LEXINGTON, S.C. — A woman who was hit by a tractor-trailer on Interstate 20 has died, according to South Carolina Highway Patrol.

The incident was at the 59 mile marker, between the US 1 and Highway 378 exit and happened around 11 a.m.

According to South Carolina Highway Patrol Trooper David Jones, Smith was struck in the roadway after crashing a stolen car and running onto the interstate  and attempted to jump onto a moving tractor-trailer.  She was struck when she fell under the semi.  She was transported by EMS to an area hospital where she died of her injuries.

The incident remains under investigation by the South Carolina Highway Patrol.