NC Highway Patrol: Trooper struck by vehicle on I-485 has life-threatening injuries

The outer loop has been shut down while crews investigate the crash. Huntersville Fire said the area should be avoided at all costs. 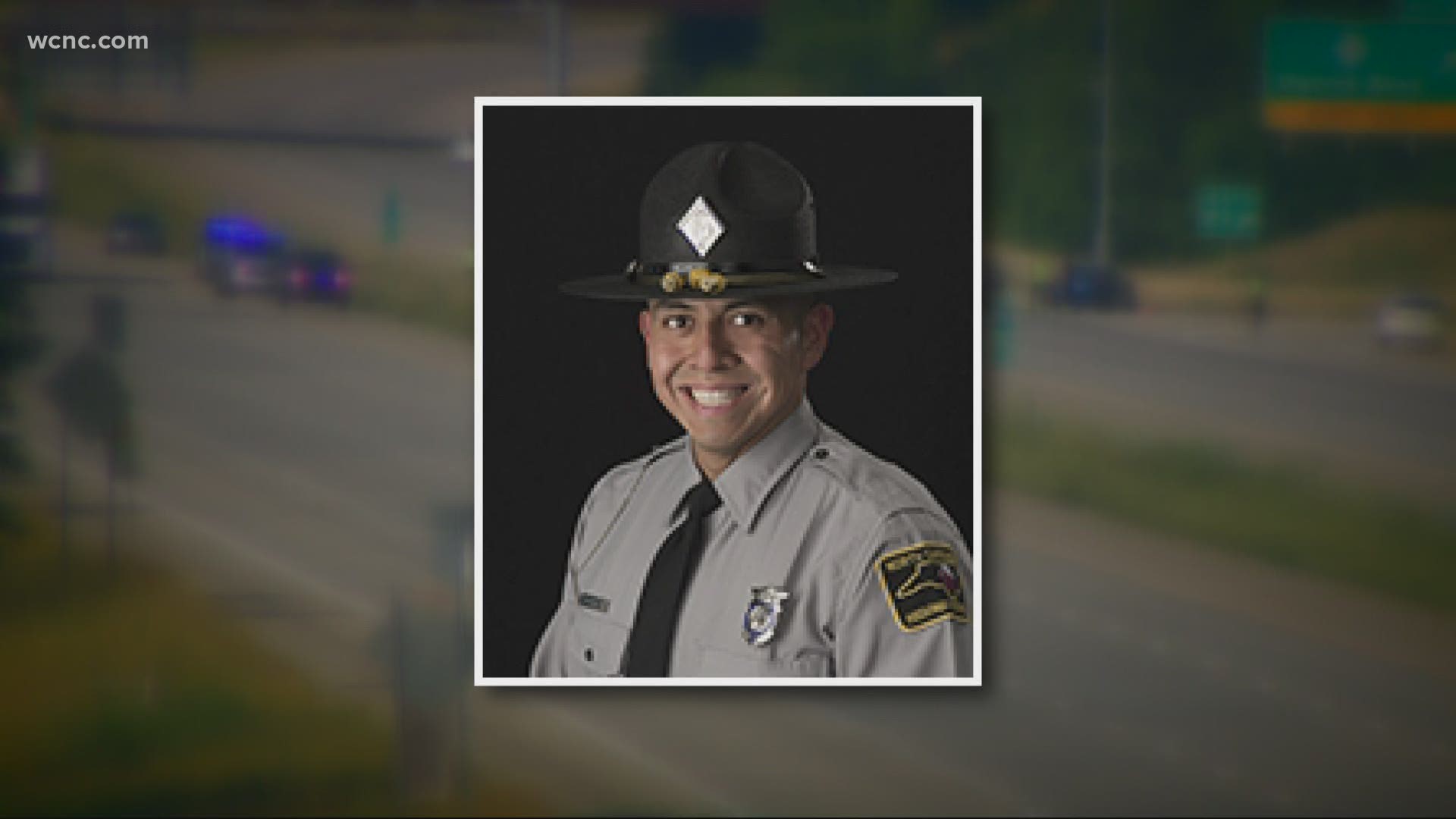 CHARLOTTE, N.C. — The North Carolina State Highway Patrol is investigating after a trooper was struck during an investigation.

It happened July 4 shortly after 8:30 a.m. Trooper Adolfo A. Lopez-Alcedo was struck while assisting with a follow-up collision investigation into a Friday night crash that led to five deaths and several injuries.

RELATED: Medic: 5 killed, several others injured in crash on I-485

As Trooper Lopez-Alcedo was beginning a shutdown of the I-485 Outer Loop near the 21-mile marker, he was struck while outside of his patrol vehicle.

Currently, officials believe a passenger vehicle struck his vehicle from behind, in turn striking him. He was taken to a nearby hospital with life-threatening injuries.

Charlotte Fire, Huntersville Fire, and Long Creek Fire departments were called to a 'serious accident' on I-485 Outer Loop between I-77 and W WT Harris Blvd.

The outer loop has been shut down while crews investigate the crash. Huntersville Fire said the area should be avoided at all costs.

“Our Patrol family is hurting with the devastating news of Trooper Lopez’s injury, his family needs our prayers for what is undoubtedly an uphill fight,” Colonel Glenn M. McNeill, Jr., commander of the State Highway Patrol, said in a statement. “We will stand alongside our brother and his precious family in the hours and days to come and maintain hope that there will be a full recovery for this devoted public servant.”

Jimmie Johnson speaks after learning he tested positive for COVID-19