A University of Texas professor said most Austinites really only sat in 50 hours of congestion in 2018. 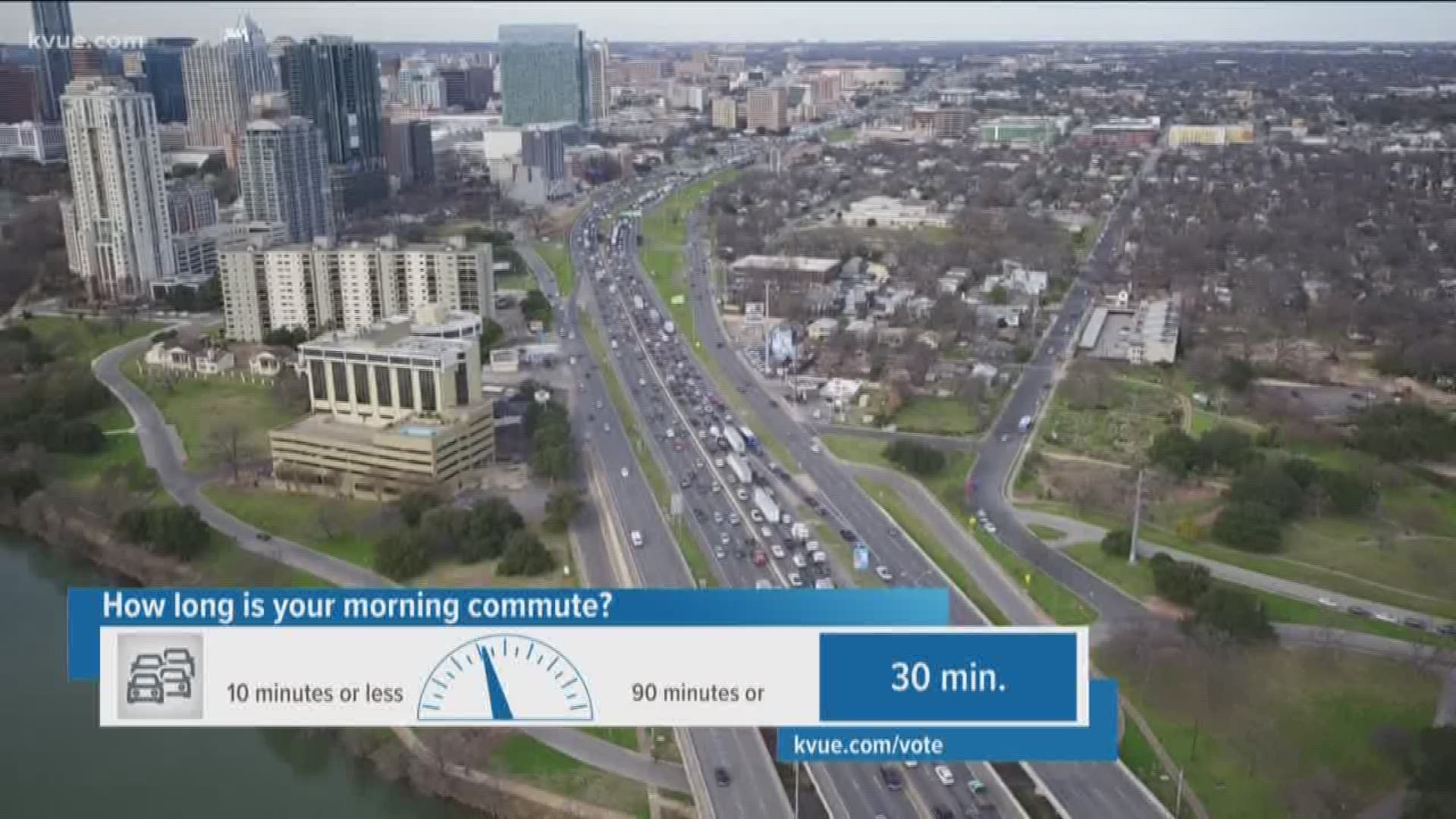 AUSTIN, Texas — Just about anyone you meet in Austin has a traffic congestion story.

"It's Austin, I don't know, the traffic's awful, wrong times and suddenly you're stopped," said her friend, 19-year-old Logan Wiatt.

New research from a transportation study even seems to back that up. INRIX released data that states Austinites spent 104 hours in congestion in 2018, beating out Houston.

H-town drivers spent 98 hours in congestion, even though Houston outranked Austin as a more congested city.

"But they have not calculated everything quite correctly, " she said.

Kockelman is a professor of transportation engineering at the University of Texas.

RELATED: Heavy traffic is a daily struggle in Austin | Here is how to beat it

She said while INRIX is a leader in the transportation travel time arena, the 104 hours should be more like 50 hours for the average Austin driver.

"They're just looking at the people who are in the worst traffic in the worst times of day doing relatively long commutes," said Kockelman.

Here's why 104 hours doesn't add up. Kockelman said Austin's average commute time is 22 minutes, and there are only 200 work days a year.

"It'd be hard to get to 104, especially for the average person," said Kockelman.

Kockelman said the data may be also skewed because researchers are including I-35, and many of those drivers aren't even Austinites.

"IH-35 creates a lot of delay time that's added the Austin, soon to be divided across Austin drivers even though they could be coming from Mexico, San Antonio, Dallas," said Kockelman.

She did agree with the research in this one regard: Infrastructure has not kept up with Austin or any city's growth.

We reached out to INRIX to get some answers. To get their data, they said they calculated hours lost from 240 days spent driving to/from work, in comparison to 200.

"Using this number means people are taking off 60 days/year, which is very high," said Mark Burfeind, glocal communications with INRIX. "The national average is 220-250 days."

He said if that number is adjusted to 200 days, their number reduces to 87 hours per year.

"According to the U.S. Census Bureau Survey, the average commute for Austin for the 2013-2017 period was 48 minutes per day – greater than Professor Kockelman’s 44 minutes."

Burfeind said the census number likely understates commute duration due to the period of observation starting five years ago.

"Again, this is an average for all workers across all hours," said Burfeind. "Our study focuses exclusively on commuters, a subset of the employed population. Per the report, INRIX Research recognizes that commute duration remains mostly constant across cities worldwide, irrespective of congestion levels. On average, commuters are unwilling to spend more than one hour per day commuting, according to Marchetti’s constant.”

"Our data shows drivers use I-35 during commuting hours so delays experienced on it should be included in congestion calculations," he said.