Maine man drives across country in less than 26 hours

Fred Ashmore Jr. rented a Mustang and drove from New York City to California in 25 hours and 55 minutes. 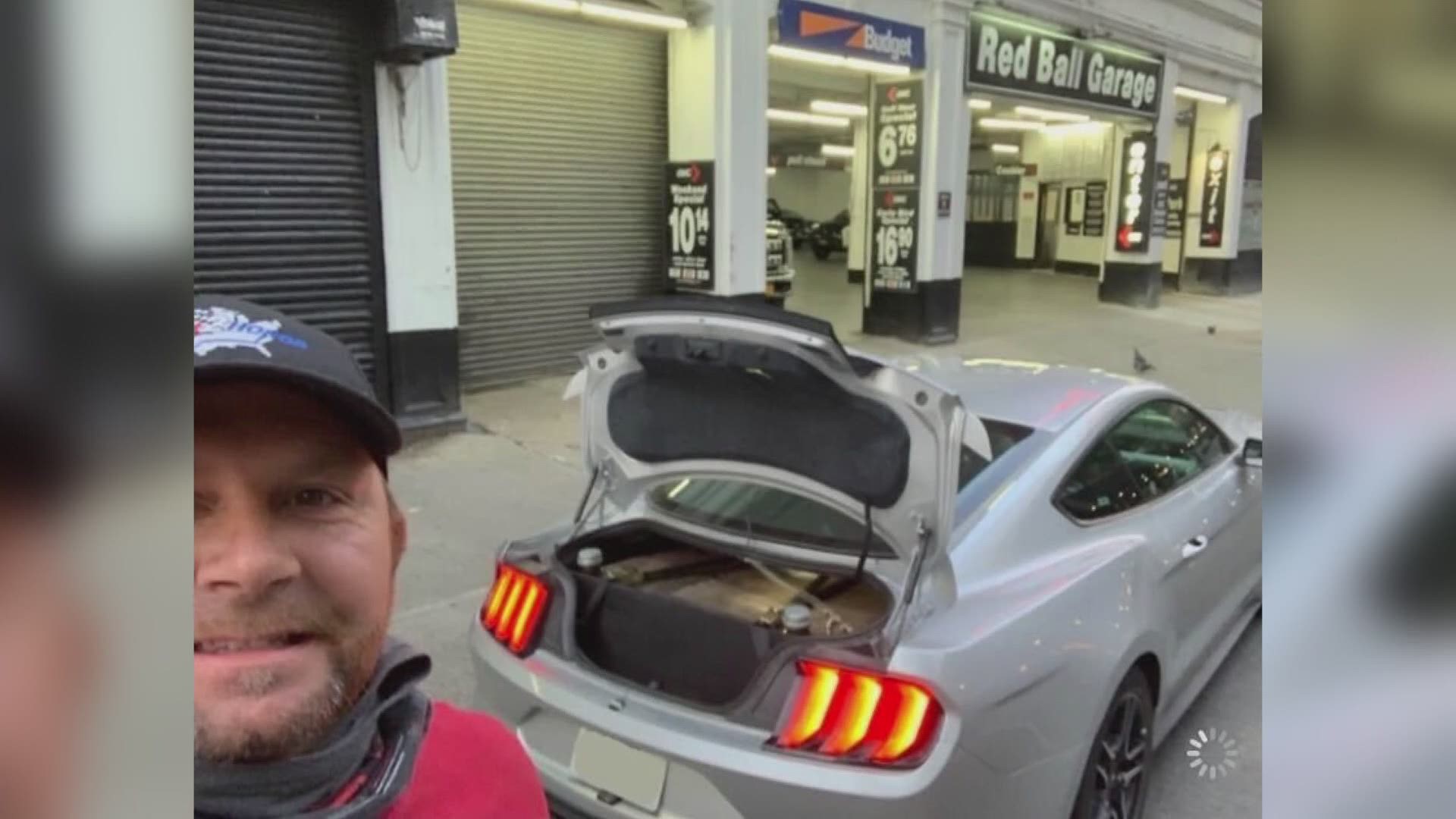 HANCOCK, Maine — A man from Hancock said he's set a personal record by driving across the country in less than 26 hours. He said it may be the fastest anyone has done it.

Earlier this spring, Fred Ashmore Jr. said he rented a Mustang and drove from New York City to Redondo Beach, California, in 25 hours and 55 minutes.

Ashmore said he drove at an average speed of nearly 108 miles per hour and only stopped to fuel up once. He said he's always been able to go without little sleep, and used technology to try and avoid police.

"For me, it's a natural ability. I've always had to stay awake. And as far as the officers go, I had a few minor run-ins with one in the Los Angeles area. I avoid them by using some of the countermeasures I add to my car," said Ashmore.

Ashmore said he modified the car by removing seats and added a fuel tank.

He is no stranger to solo runs. This is his fourth. Ashmore said he's hoping to race around the world in the next few years.