Anyone 18 or older will need a REAL ID compliant driver’s license or ID card to fly in the U.S. 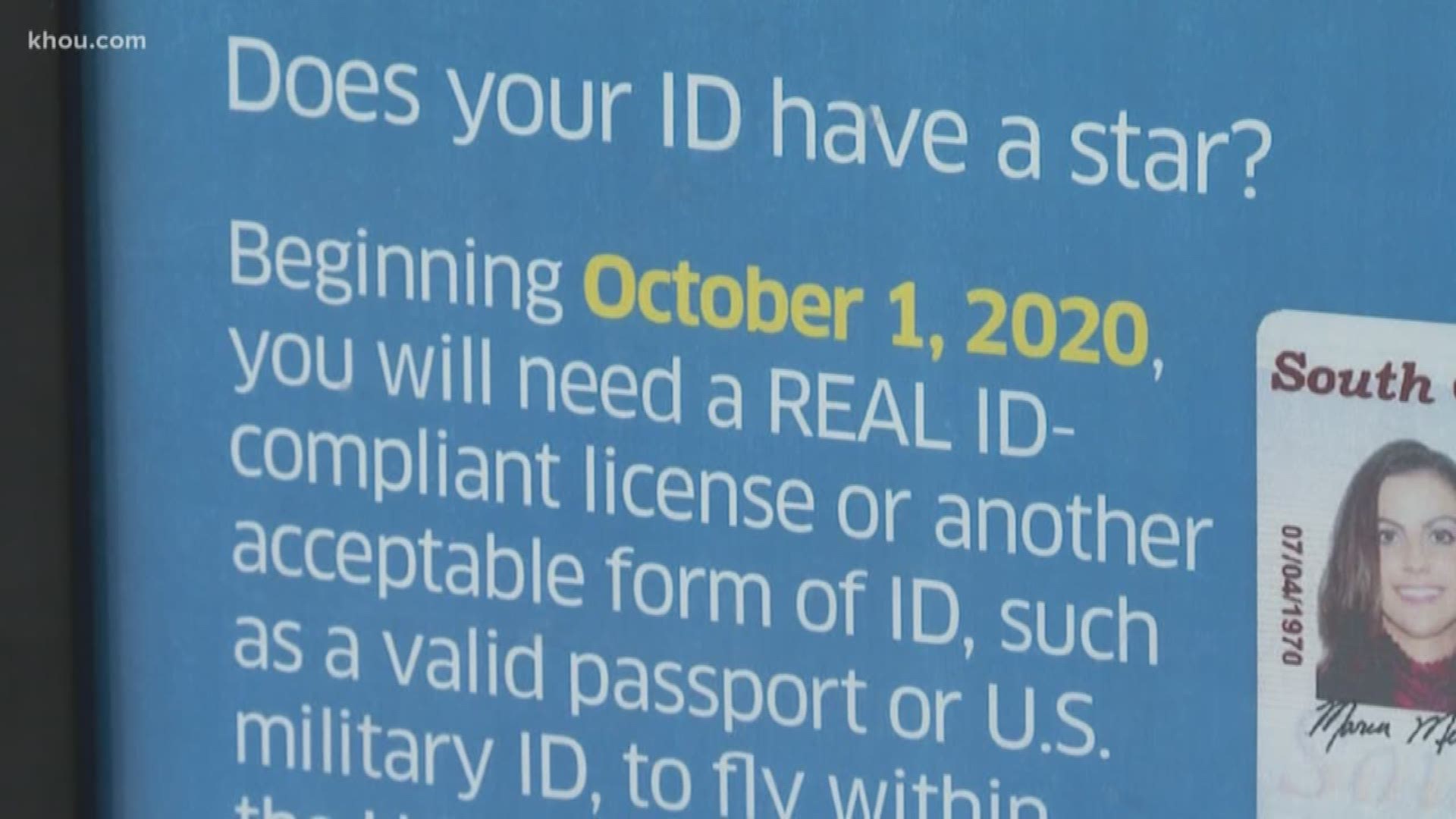 HOUSTON — Thanksgiving is exactly six weeks away, and that means the busy travel season is just upon us.

The Transportation Safety Administration wants to use this time to remind everyone that changes are coming to ID requirements. Next fall, all travelers will be required to be REAL ID compliant.

TSA agents take pride in trying to get travelers through security as fast as possible, but changes to ID requirements next year could slow down the process for those caught off guard.

“After this fall, we expect a mad rush for passengers, the public, to receive a Real ID," said Juan Sanchez, federal security director for IAH.

Starting Oct. 1, 2020 anyone 18 or older will need a REAL ID compliant driver’s license or ID card to fly in the U.S.

He stressed there will be no way around it if someone is caught unprepared.

Sheri Gipson, assistant chief for the Department of Public Safety’s Driver License division, said REAL ID compliant licenses and IDs are marked with the cutout of a star in a gold background in the upper righthand corner.

“We already have over 15 million Texans who have a compliant card in their possession,” she said.

Gipson said 77 percent of all Texans will be compliant when the law goes into effect.

TSA agents are on the lookout for anyone who may be affected and remind them of the upcoming changes and consequences.

“You might have non-refundable airfare, non-refundable lodging accommodations, and we don’t want the traveling public to experience that," Sanchez said.

The Department of Homeland Security stated valid passports and military IDs would also be accepted.