A Review of the 2019 Atlantic Hurricane Season

We almost "ran out" of names on the list this season with a total of 18 named storms. 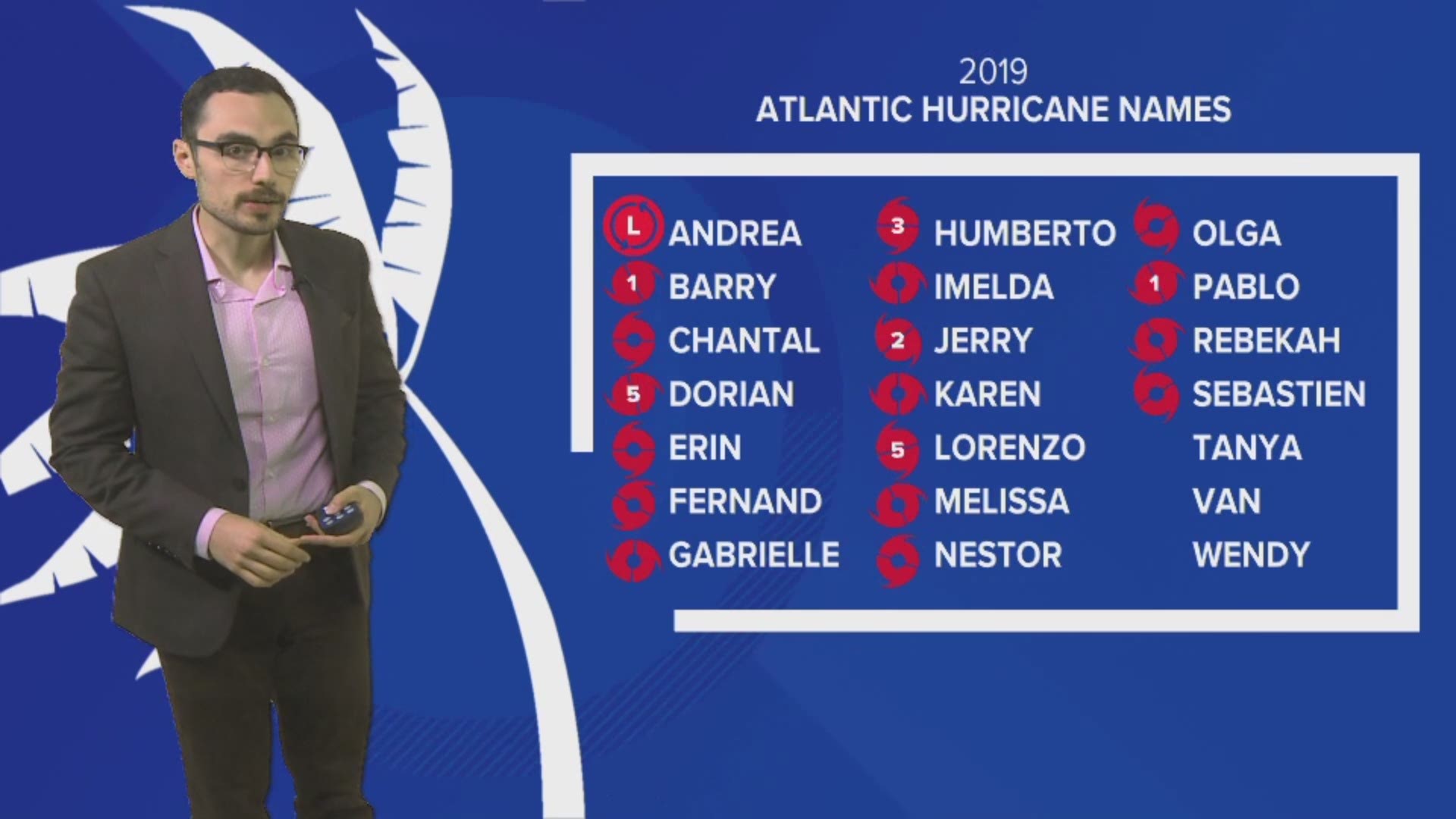 COLUMBIA, S.C. — Hurricane season runs from June 1st to November 30th. While named storms sometimes form outside of the typical hurricane season, it's very rare in December so we decided to take a look back at a few of the biggest names on the list.

Hurricane Barry was the first hurricane to make landfall in the US this year. Barry made landfall as a low end category one hurricane in Louisiana bringing rain and wind to the Mississippi River Valley.

Hurricane Dorian shattered records as it quickly strengthened into a category 5 hurricane as it approached the northern Bahamas. Sustained winds were estimated at 185 mph in the worst of the storm which sat over Abaco island for about a day before slowly moving to the west. Gusts were estimated at over 200 mph in the worst part of the storm. Dorian's slow pace devastated the northern Bahamas, but spared Florida as the storm skirted up the east coast. Coastal South Carolina experienced wind, rain, and a few tornadoes from Dorian, but the storm's only official landfall in the mainland United States was in North Carolina as it briefly skirted along the outer banks.

Tropical Storm Imelda was the 5th wettest tropical system (of any strength!) to make landfall in the mainland United States on record. More than 40 inches of rain fell in spots which was more than Tropical Storm Allison in 2001. Allison is the only storm that never reached hurricane status, but it's severe impact let to the name's retirement.

Hurricane Lorenzo was the second hurricane to reach Category 5 strength in the 2019 Atlantic season. It became the easternmost Category 5 hurricane on record which reliably go back to the 1960's.