NOAA reports that 2020 is tied with 2016 for the planet's hottest year. We took a look locally at where 2020 ranks in the South Carolina Midlands. 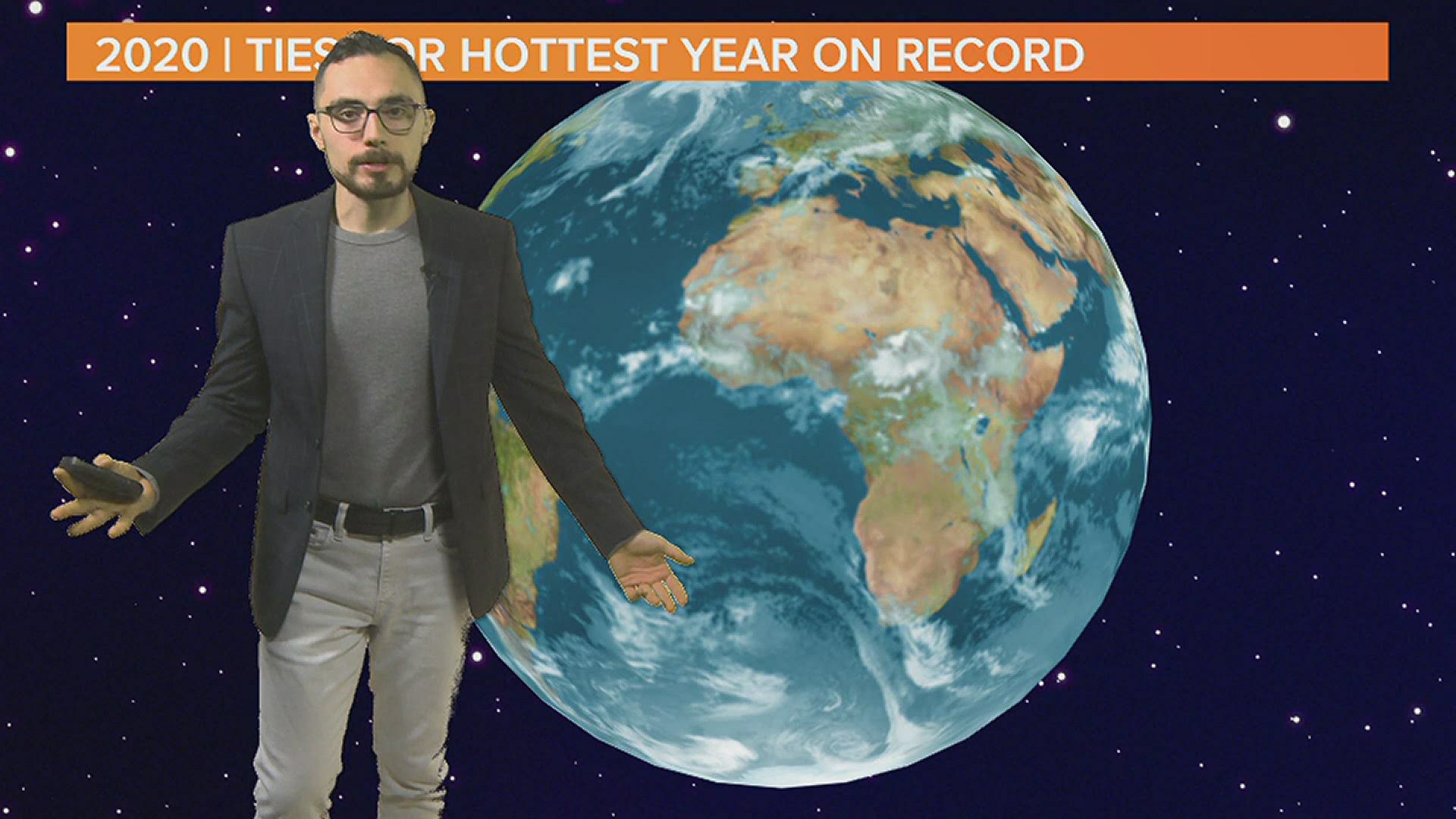 COLUMBIA, S.C. — Scientists at NOAA and NASA crunched the numbers, and it's official, 2020 is virtually tied with 2016 for the planet's "hottest year on record". The past 7 years are the planet's 7 warmest on record, averaging about 2°F warmer than the planet's average temperature from 1880-1920. Two decades ago, the very warm El Nino in 1998 made it the warmest year on record by a wide margin, but just 22 years later and 1998 is officially no longer in the top 10 list.

Reports of extremes were reported across the globe in 2020. Asia and Europe reported its hottest year on record; meanwhile, 2020 ranked among the top 10 warmest for South America, North America, Australia, and Africa. Death Valley, California reached 130°F. When verified, that temperature would be Earth's new August high temperature record.

Tropical cyclone activity was below average in the Western Pacific, but above average in all other ocean basins across the globe. The Atlantic Hurricane Season had the most named storms on record, a total of 30, surpassing the previous record of 28 named storms in 2005. Hurricane Eta and Iota made landfall in Central America as category 4 hurricanes just 2 weeks apart from each other. Iota was the latest Category 5 hurricane to develop in the Atlantic Basin (November 16th). The United States had a record breaking 12 landfalls during the 2020 hurricane season, breaking the previous record of 9.

2020 in the South Carolina Midlands

2020 was the 10th warmest year on record in Columbia. Officially, 8 of the 10 warmest years on record in the city have occurred since 2010. Although no significant heat waves occurred in 2020, winter temperatures ran well above average, and numerous record warm temperature records were tied or broken. Severe weather was also a problem in 2020 for the South Carolina Midlands. The April 13th tornado outbreak was the 3rd largest in the state's history.