Yellow pine pollen is on the way

There is a formula for finding out when things will be coated with the pine pollen. 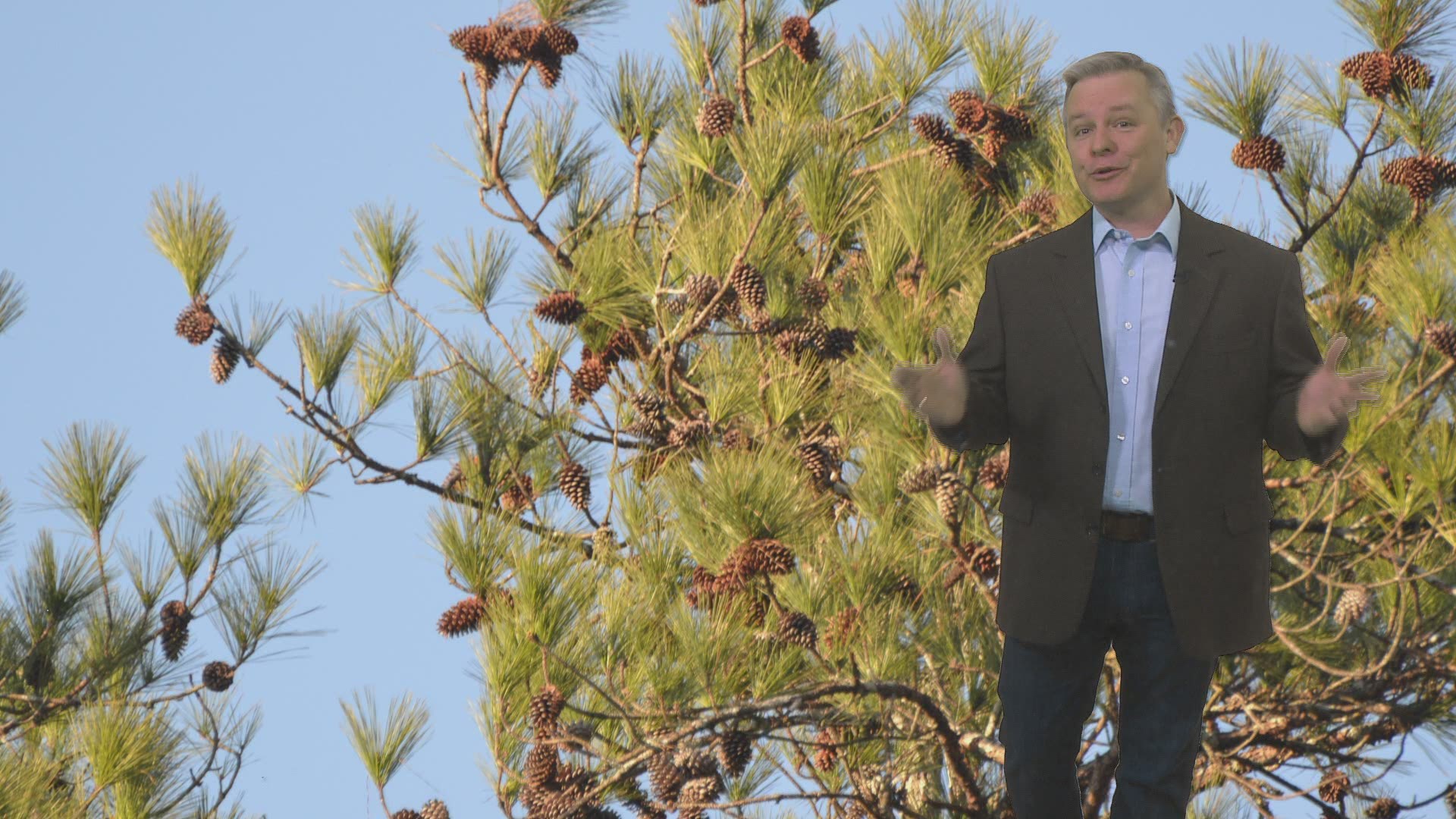 COLUMBIA, S.C. — Pollen season is here. If you are suffering from spring allergies, you probably can blame certain trees at this point, but the pine is not one of them.

Right now, the top allergens in the Midlands are juniper, elm and alder. The pollen that you cannot see is the pollen that is causing the allergic reactions.

Pine pollen, on the other hand, is larger and produces a yellow coat on almost everything outdoors by late February or early March each year.

There is a formula to figure out when the area will be flooded with yellow pine pollen.

The formula is a bit complicated, but it is interesting, if you want to understand when the pines will start popping the yellow pollen.

According to Dr. Robert Bardon, a professor of forestry and environmental resources at N.C. State University, to figure out when the pine pollen season will begin, you estimate the number of degree-days above 55° after February 1st.

To find the degree-days, add the positive differences between the daily high temperatures and 55° each day.

When the total degree-days add up to about 300 degree-days, we will begin to see the pines releasing the pollen.

When the total degree-days reach 636, pine pollen production has hit its peak and it will decrease.

According to this formula, the pine peaked, or reached 636 degree-days on March 27 both years.

Of course, the formula is not perfect. Pine pollen can vary widely within different areas. Weather conditions also play a role. A rainy spring or late frost can reduce the amount of pine pollen in the air.

As of Thursday, we are up to 125 degree-days. This is a little behind schedule, but as we go into March, we know there will be a yellow coating on everything soon.

RELATED: Doctor warns this allergy season could be longer and worse than others