A history of damaging August hurricanes in South Carolina

Although not the most active month of the year for hurricanes, South Carolina has had a history of hurricanes in August. 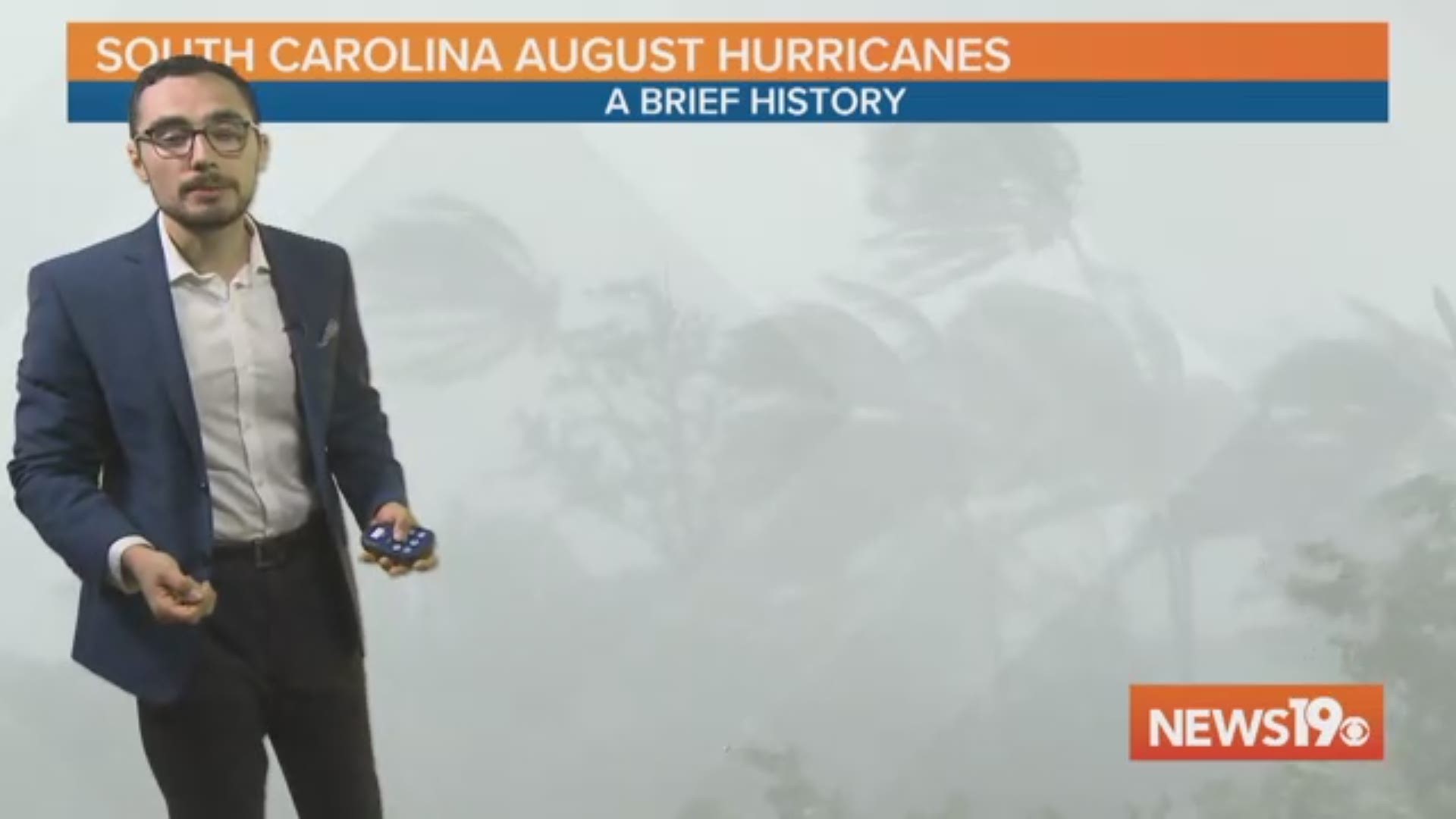 One of the strongest August hurricanes to make landfall in South Carolina in recent history was Hurricane Able in 1952. Able was a Category 2 when it made landfall near Beaufort, SC with maximum sustained winds near 100 mph. The storm resulted in $3 million in damage (not adjusted for inflation).

Perhaps the most memorable tropical system to impact the Midlands in August was Tropical Storm Beryl in 1994. Severe weather from Beryl resulted in a tornado outbreak that brought 22 tornadoes to South Carolina including an F3 that devastated Lexington. The Lexington tornado had estimated winds of more than 158 mph, destroyed over 300 homes, and injured 40 people. Miraculously, no one was killed. Beryl is proof that all tropical systems need to be taken seriously, even if they aren't classified as hurricanes.

In total, more than 20 hurricanes have passed within 250 miles of Columbia, SC in the month of August since 1952. While hurricane season typically doesn't peak until September, it's important to learn from history and be prepared for tropical weather in August.