A longer growing season plus increased carbon dioxide in our air creates a longer and more intense allergy season. 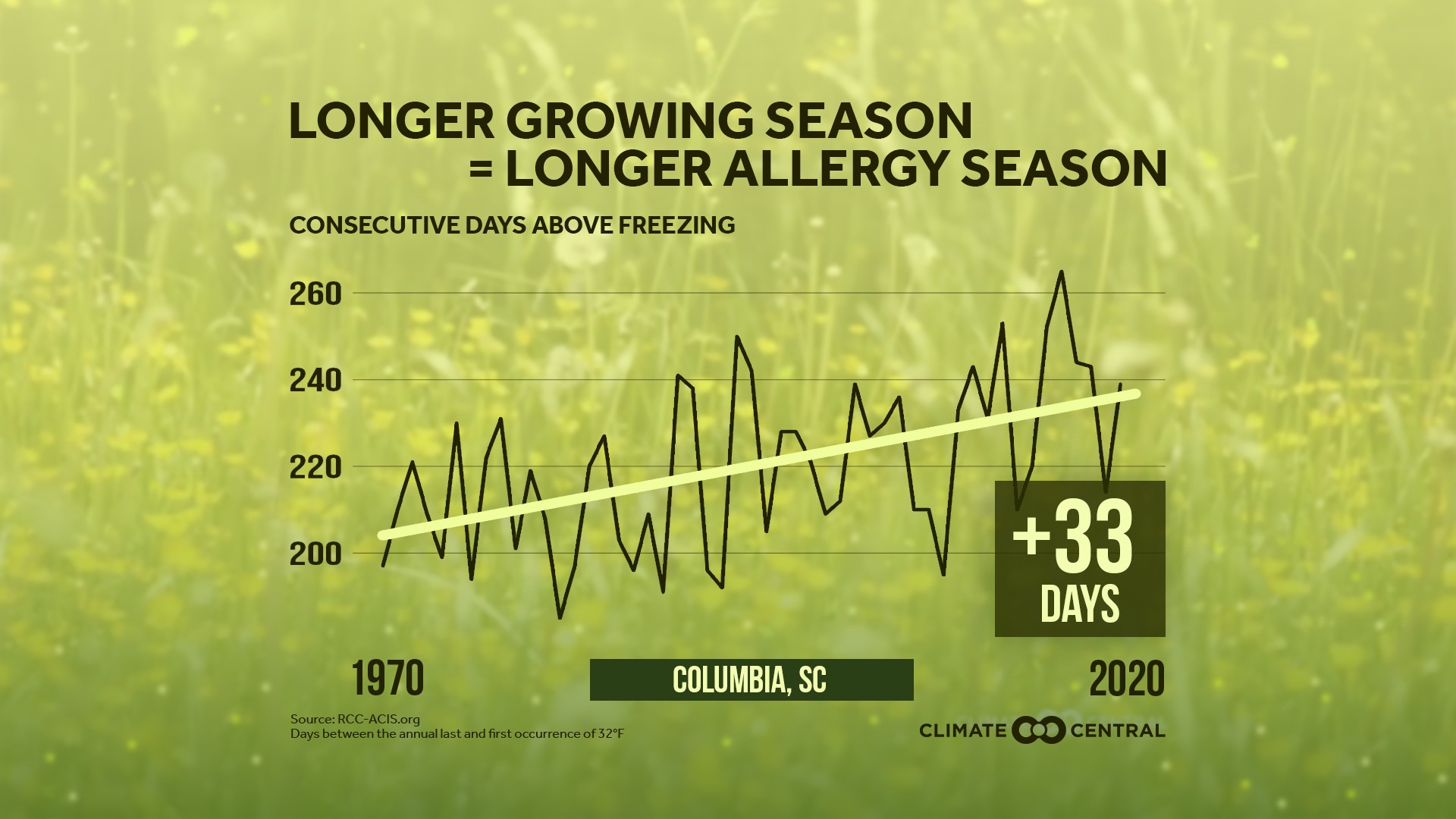 COLUMBIA, S.C. — Green clouds of pollen continue to overwhelm the Midlands as allergy season is in full swing. The green and yellow particles stick to any surface, and can even be seen floating in area lakes.

A report by the Asthma and Allergy Foundation of America ranked the top 100 allergy capitals in the United States, and, unsurprisingly, Columbia came in at number 23.

Our pollen season can get pretty bad thanks to pine, oak, and maple trees among other culprits.

The season is also getting longer as our climate warms.

But climate change isn’t just extending our allergy season, it is also making it worse.

Plants use carbon dioxide as fuel. The more we burn fossil fuels and emit higher levels of carbon dioxide in the atmosphere, the more plant growth we can expect, leading to more pollen.

And more pollen is not just uncomfortable, it can also be expensive.

Medical costs associated with pollen exceed $3 billion every year in the United States according to the CDC. A longer allergy season would lead to even more money being spent on prescription medicine.

However, if we can reduce emissions to net-zero and meet the goals set forth in the Paris Climate Agreement, we may be able to curb our increasing allergy seasons.