Rainfall amounts of 3 to 5 inches were reported on Thursday night. 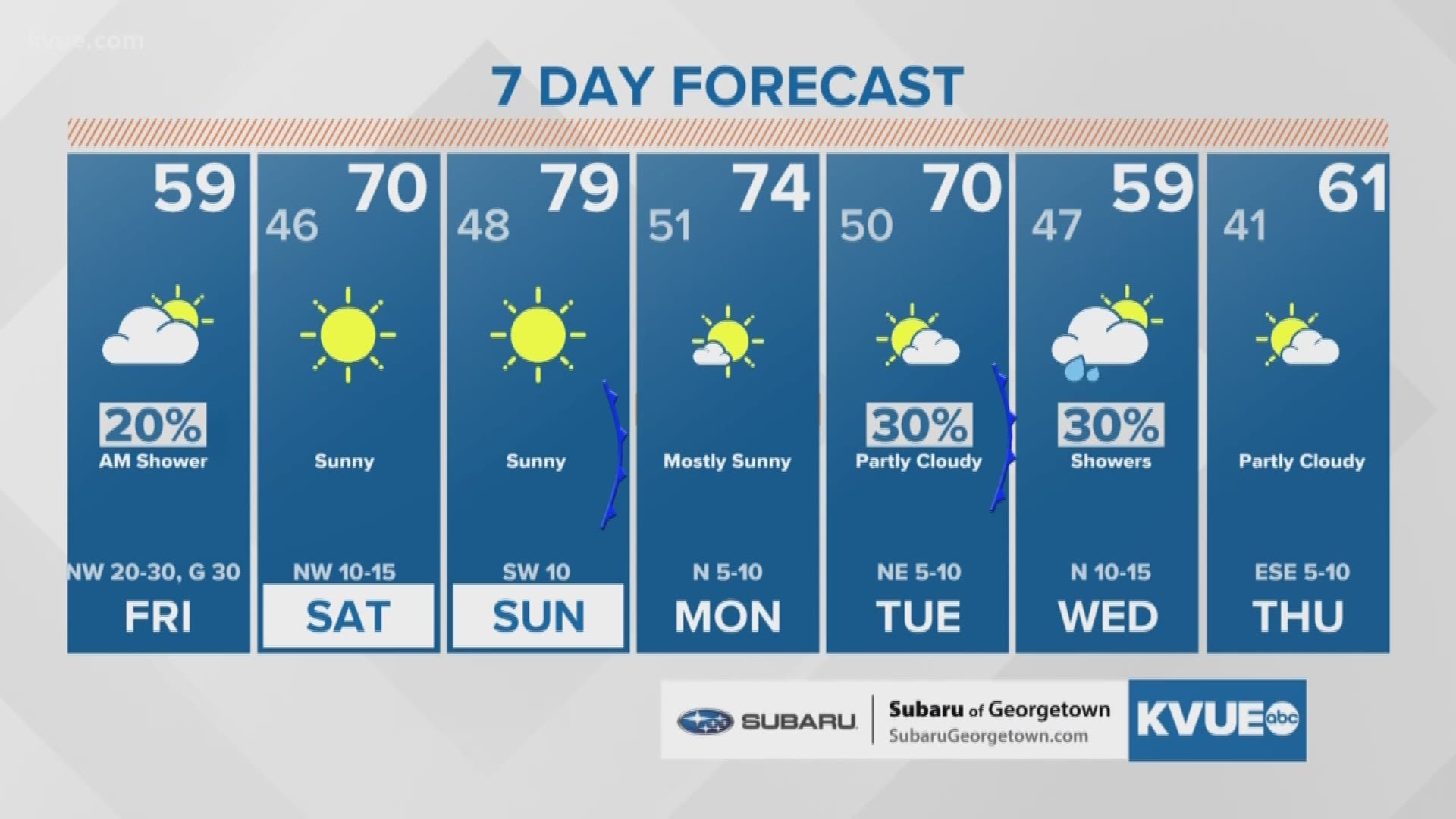 AUSTIN, Texas — Editor's note: This blog is no longer updating. See what's in store for Friday and the weekend in Oct. 25's weather blog. Hint: It'll be chilly.

There were multiple callouts for water rescues on Thursday evening.

Along with temperatures dropping to the 40s area-wide by Friday morning, expect a strong north wind gusting to 40 mph to 45 mph. High winds will stay with us through the day on Friday.

Lingering light showers are expected through Friday morning's drive, with windy conditions and temperatures in the 40s. Temperatures will be in the 50s for much of Friday afternoon.

Lows on Saturday morning will likely be in the 40s area-wide and highs near 70 degrees in the afternoon. We'll be back in the 40s Saturday night and a few degrees warmer by Sunday afternoon.

This rides along with the Climate Prediction Center's eight- to 14-day outlook of temperature conditions. The average high temperature for this time of the year is 80 degrees while the average low is 59 degrees.

Round Rock I-35 road rage suspect forced out of truck with tear gas before arrest, police say

Simone Biles didn't just throw the 1st pitch of Game 2 of the World Series -- she flipped and twisted, too