“Our building is hurt but the people are fine,” minister Joel Dover told 11Alive. 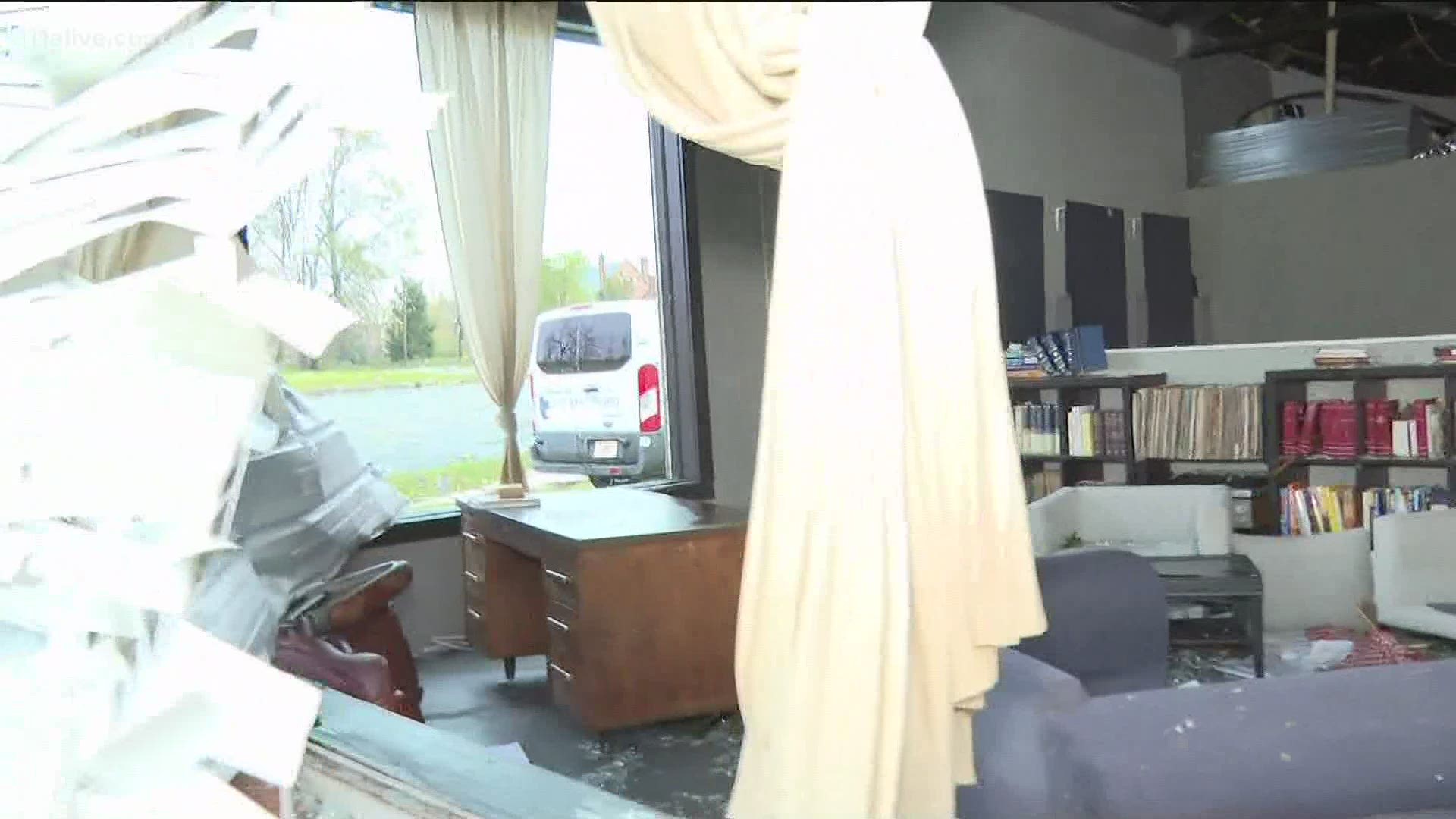 ATLANTA — Easter Sunday will be even more different this year for members of Calvary Chapel church in Newnan after a deadly tornado swept through the area.

With a lot of recovery work still left to be done, 11Alive reporter Jerry Carnes spoke with minister Joel Dover moments after the storm severely damaged the property. The facility, which has been in the area for decades, became the home of Calvary Chapel church, just three years ago.

“We have an extensive amount of damage inside. There’s a great deal of standing water in the lobby, a lot of broken glass," Dover described. "It’s not a safe environment right now. Of course, things are scattered everywhere, inside and outside on the lawn."

After speaking with members of his congregation, Dover revealed that his biggest concern during the aftermath is helping neighbors in the area.

“This church building is replaceable. We’re really concerned about our members," he said. "We’ve had several last night that were hit hard and had extensive damage and lost their homes. So, our hearts are with them and the rest of our community."

The minister told Carnes that he is unsure if the damage to the church are repairable, citing that there is so much damage that it may cost more to repair the building than what it is worth.

“For the time being, we’ll just be thankful to the Lord that the church is fine,” he added. “Our building is hurt but the people are fine.”

"We want everyone to know we're here to help," Dover said.

While Easter celebrations will not be hosted at the church this year, Dover is encouraging all members to still observe the service online.

"We're going to celebrate the resurrection of the Lord, whether we're in this building or not, and we're looking forward to a wonderful Easter season, and giving glory to God for all he's done," Dover said with a smile.