This winter has been the wettest in recorded history at Columbia Metropolitan Airport, with more than 20 inches of rainfall recorded. 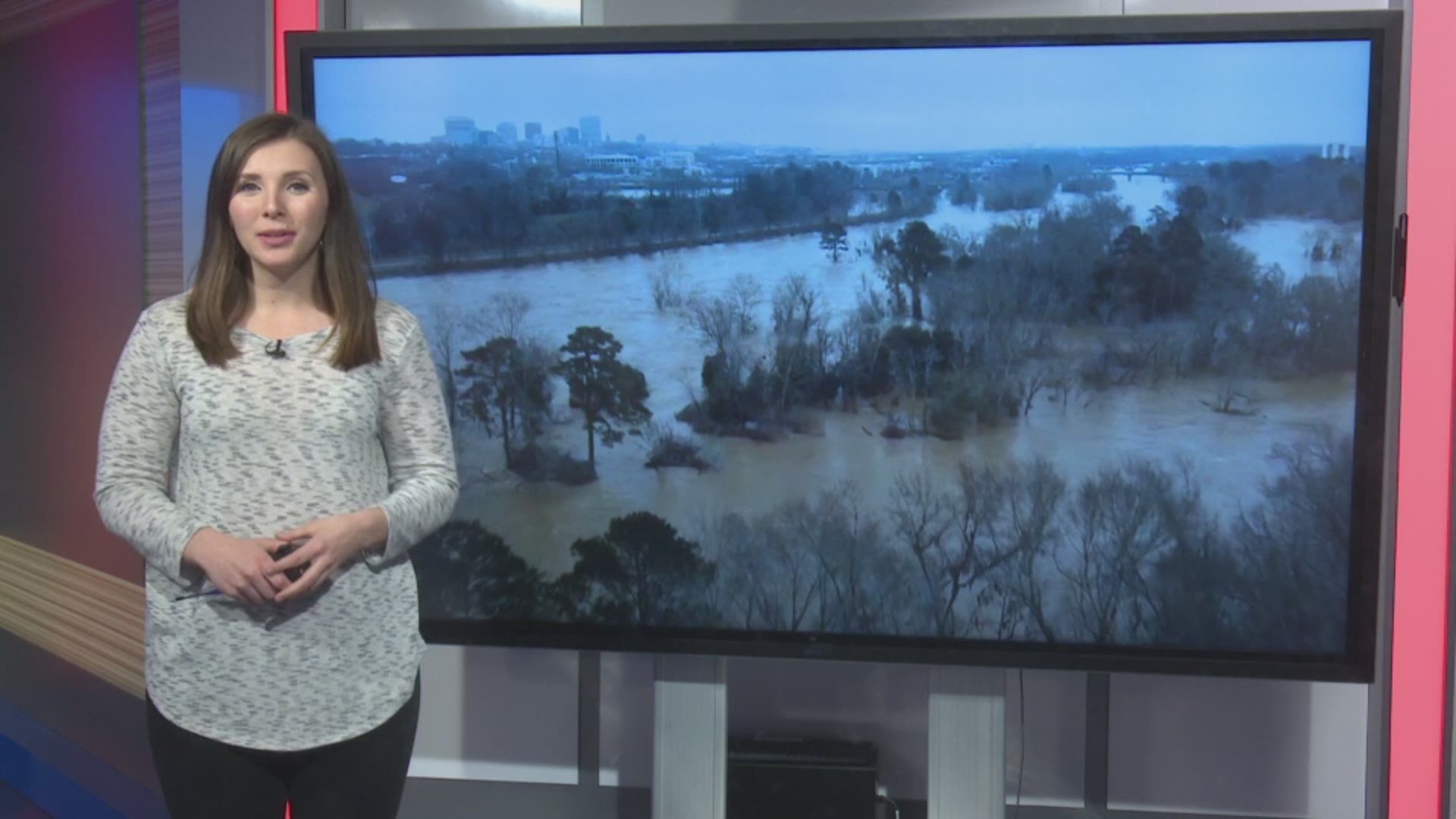 The amount of rainfall we have received across the Midlands this winter has been one for the record books.

One record broken early in the season was the wettest winter day. On December 13th, 2019 Columbia Metropolitan Airport recorded 4.16 inches of rain.

Overall this season, the airport has received over 20 inches of rain. This makes the 2019-2020 winter season the wettest in recorded history.

Record keeping for meteorological winter spans from December 1st through the end of February. Records for Columbia go back to 1887.

The excessive rainfall caused flooding along many area rivers and lakes, including along the Congaree River and surrounding Lake Wateree.

But how does climate change relate to our rainy winter season?

One of the biggest consequences of climate change is seeing more extremes in our daily weather. This can range from more extreme droughts to more intense flooding.

We had a long period of drought during the summer and fall of 2019. The pattern has now switched to one of excessive rainfall.

One of the biggest issues with our changing climate is that temperatures across the planet are increasing. This ends up having an affect on the amount of water available in the atmosphere.

For every increase in temperature by one degree Fahrenheit, there is a 4% increase in water vapor in the atmosphere due to increased water evaporation. This can lead to heavier downpours.

According to Climate Central, if greenhouse emissions continue to be emitted as they currently are, intense rainstorms that statistically happen once every five years could happen two or three times as often by late century.