Last weekend was the coldest in 14 years

Temperatures approached record lows this weekend. It was one of the coldest April mornings on record in the Midlands, but it wasn't an excuse to deny global warming. 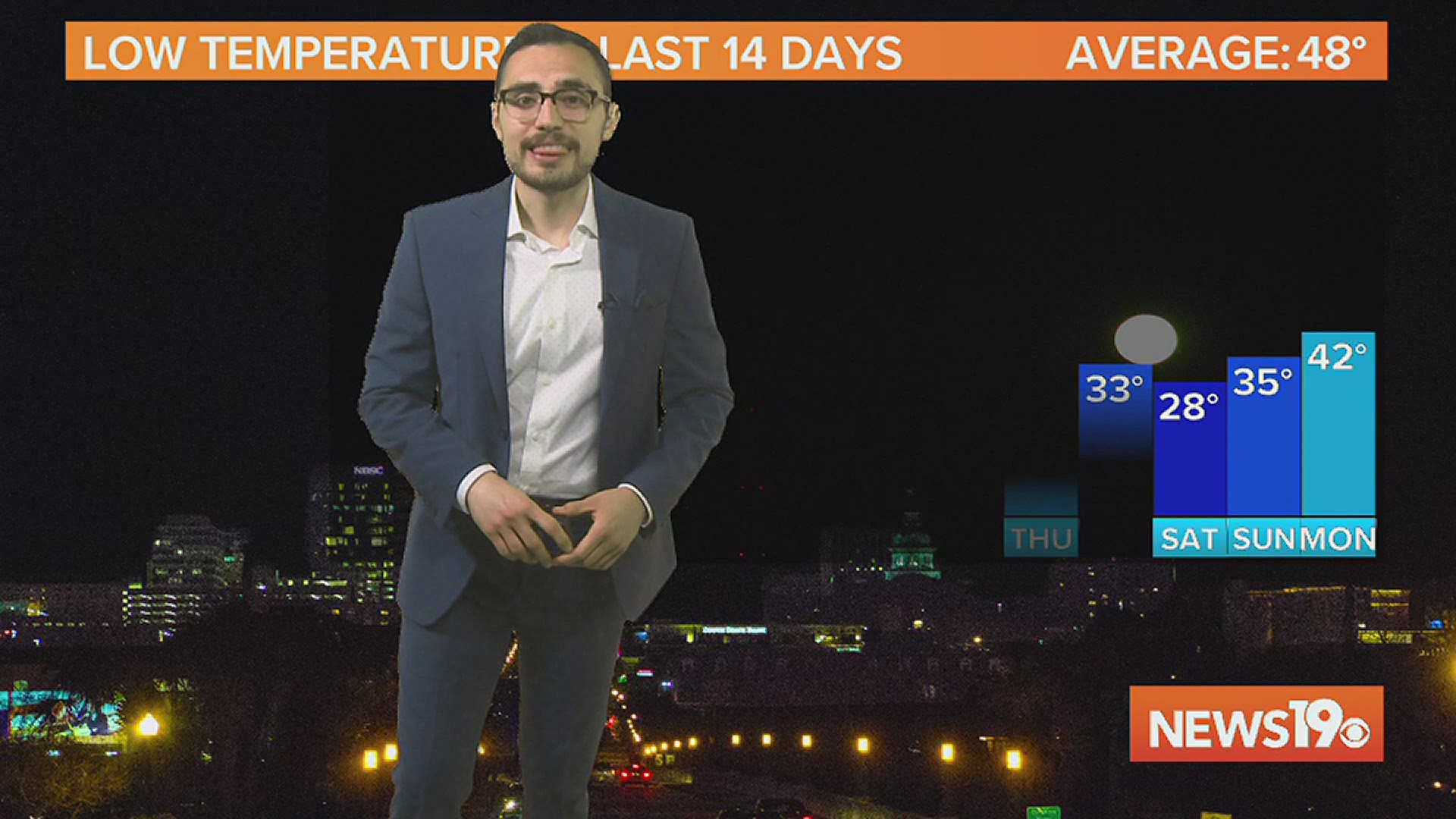 COLUMBIA, S.C. — Temperatures on Saturday, April 3rd, dropped to a bitter cold 28F at the Columbia Metropolitan Airport. It's the coldest temperature for the city since April 2007 and tied the daily record low for the date set in 1992. Only two other April mornings were colder: April 8, 2007 and April 20, 1983. Both of those mornings dropped to 26F in Columbia, which remains the low temperature record for the month.

Despite the late cold snap, evidence of global warming is apparent in the Midlands. Just this year, Columbia reported it's warmest winter afternoon on record. Sunday, February 28 reached a balmy 86F at the airport beating the previous winter high temperature record of 84F.

Breaking high temperature records are now a common annual occurrence. Columbia, SC broke or tied 23 records in 2018, 24 in 2019,  and 17 in 2020. Meanwhile, 0 cold weather records were broken or tied in 2018 or 2019 and only 2 cold weather records were tied in 2020. No cold temperature records have been broken in Columbia in any of the past 4 years. Since 2018, Columbia has broken or tied records more than 20 times for hot weather than for cold weather. Records have been kept for Columbia since 1888.

The average year overall is also trending warmer in the Midlands. Eight of the 10 warmest years on record for Columbia have occurred since the year 2010. This past year, 2020, was the 10th warmest on record for Columbia. This is a trend climatologists have seen across the planet. NOAA and NASA both determined that 2020 was virtually tied with 2016 for the warmest years on Earth in modern history. The past 7 years have been the 7th warmest for our planet.