Skies will be mostly sunny on Saturday with cooler temperatures. A bit warmer on Sunday with an isolated shower possible. 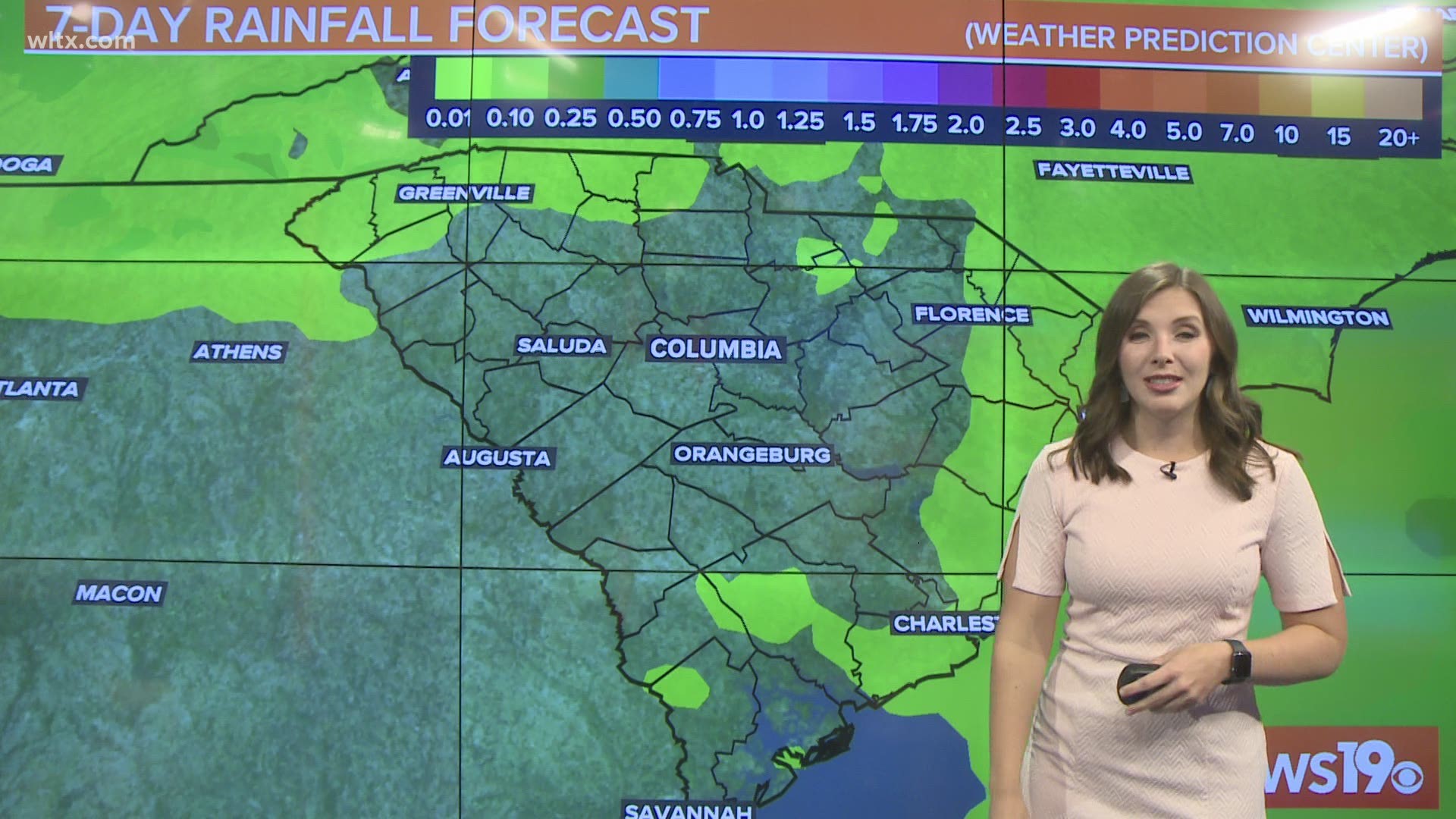 COLUMBIA, S.C. — After a warm and rainy work week, the weather this weekend in South Carolina is much quieter and enjoyable.

Temperatures on Saturday are a bit cooler than where they have been over the past week and will be seasonable for mid November. At lunchtime temperatures will be in the low to mid 60s with highs topping out in the upper 60s north to low 70s south.

Skies will remain mostly sunny today and partly cloudy overnight. Sunday will be a touch warmer with temperatures climbing into the mid 70s across the entire region as warm air surges in front of our next front. A cold front will pass through in the afternoon and an isolated shower cannot be ruled out, though most people will be dry.

In fact, there is no significant chance for rain in the entire 7 day forecast.

Much cooler air will be ushered in behind the cold front. For the start of the work week, our weather will be fairly seasonable with lows in the 40s and highs in the mid 60s. By midweek, mornings will be in the 30s and some frost or even a freeze may be possible on both Wednesday and Thursday. Skies are expected to remain sunny through next Friday.

Looking at the tropics, there are two different tropical storms that the National Hurricane Center is monitoring. Tropical Storm Theta is in the eastern Atlantic and is expected to weaken over the next few days.

In the Caribbean, Tropical Storm Iota is moving west and is expected to become a hurricane before making landfall near the Honduras and Nicaragua border late Monday into early Tuesday. This would be the same area that was hit by Hurricane Eta just 2 weeks ago.