Temperatures have been above average for more than 3 weeks in a row, but a change in the pattern is on the way. 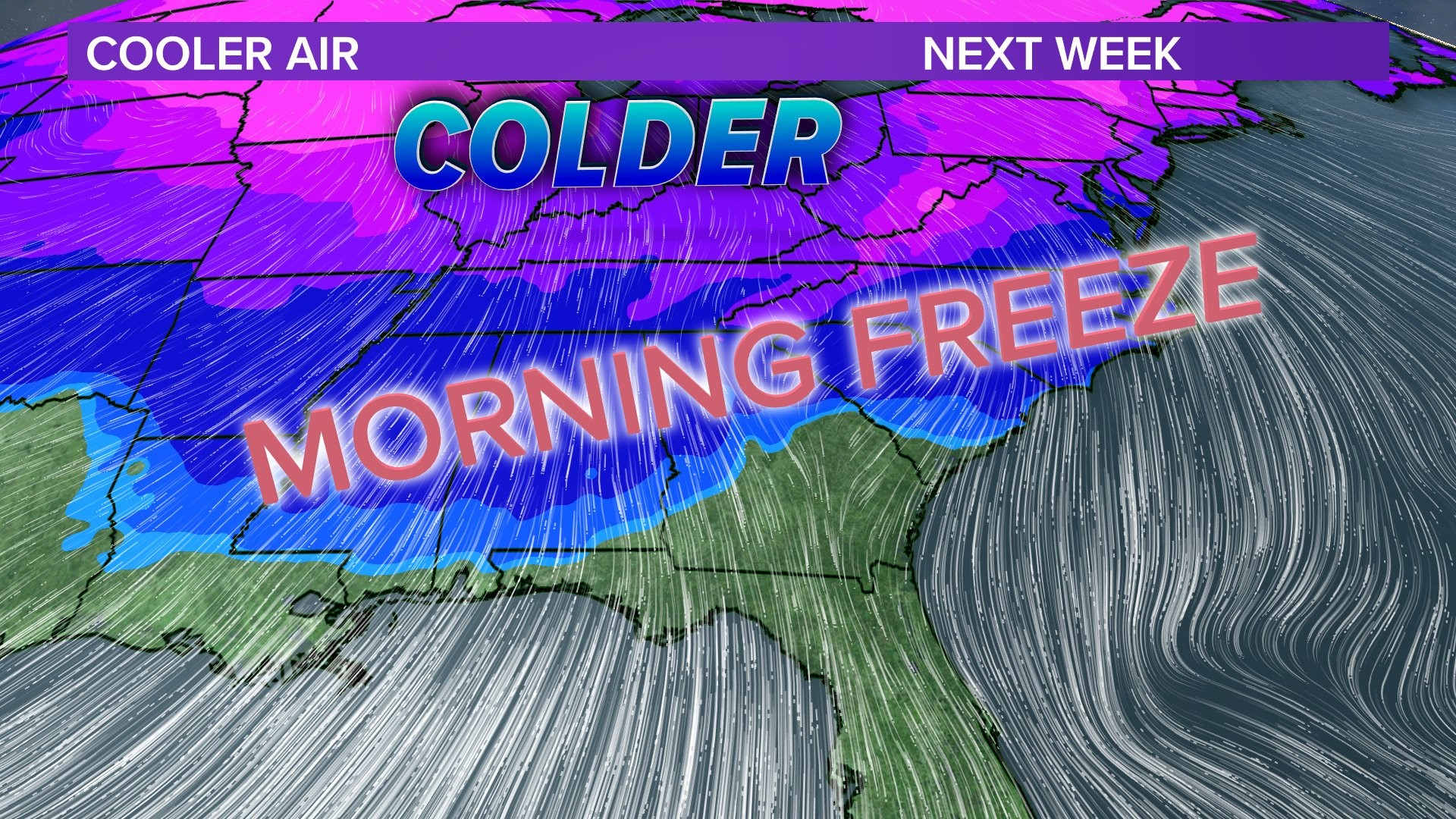 COLUMBIA, S.C. — Winter 2019-2020 has already proven to be very impressive - not for wintry weather - instead for the tropical and rainy air that has persisted across South Carolina for weeks. Warm mornings and heavy rain have broken records, becoming the norm for January 2020, but there are signals that a change is on the way for the end of the month.

How warm has it been?

As of January 14th, 8 days in a row have been above 60 degrees in Columbia, SC. Even morning temperatures have soared into the low 60s over the past few days, which is warmer than the average January afternoon (average afternoon highs are only in the mid 50s this time of the year). Saturday, Sunday, and Monday were more than 20 degrees above average, despite thick clouds, heavy rain, and severe weather.

The Midlands have seen daily thunderstorms since Saturday - the result of humidity and warm air invading the southeastern US. Parts of the Midlands have seen flooding, lightning strikes, and wind damage this week. The worst of it was an EF2 tornado in Kershaw County on Saturday. Tornadoes of that magnitude are very rare in our area in January. Only 4 other tornadoes have been classified as an F2 or EF2 in South Carolina since 1950.

In total, more than 20 days in a row have been above average in Columbia, SC. The last time Columbia recorded a below average daily temperature was on December 22, 2019. December 2019 tied for the wettest December on record (in 125 years) at the Columbia Airport where more than 9.31" of rain was recorded.

While the pattern has been for wet and mild weather here in the Southeast, places like Alaska have experienced cooler than normal temperatures - and there are signs of a pattern flip ahead in the coming week. A cold front will pass through the southeast on Thursday bringing drier weather and cooler temperatures. By Friday morning, parts of the Midlands will drop into the 30s with afternoon highs only in the 50s - which is typical for January. Next week will feature chilly temperatures likely to run several degrees below average.