Temperatures will remain above normal Wednesday through Saturday. 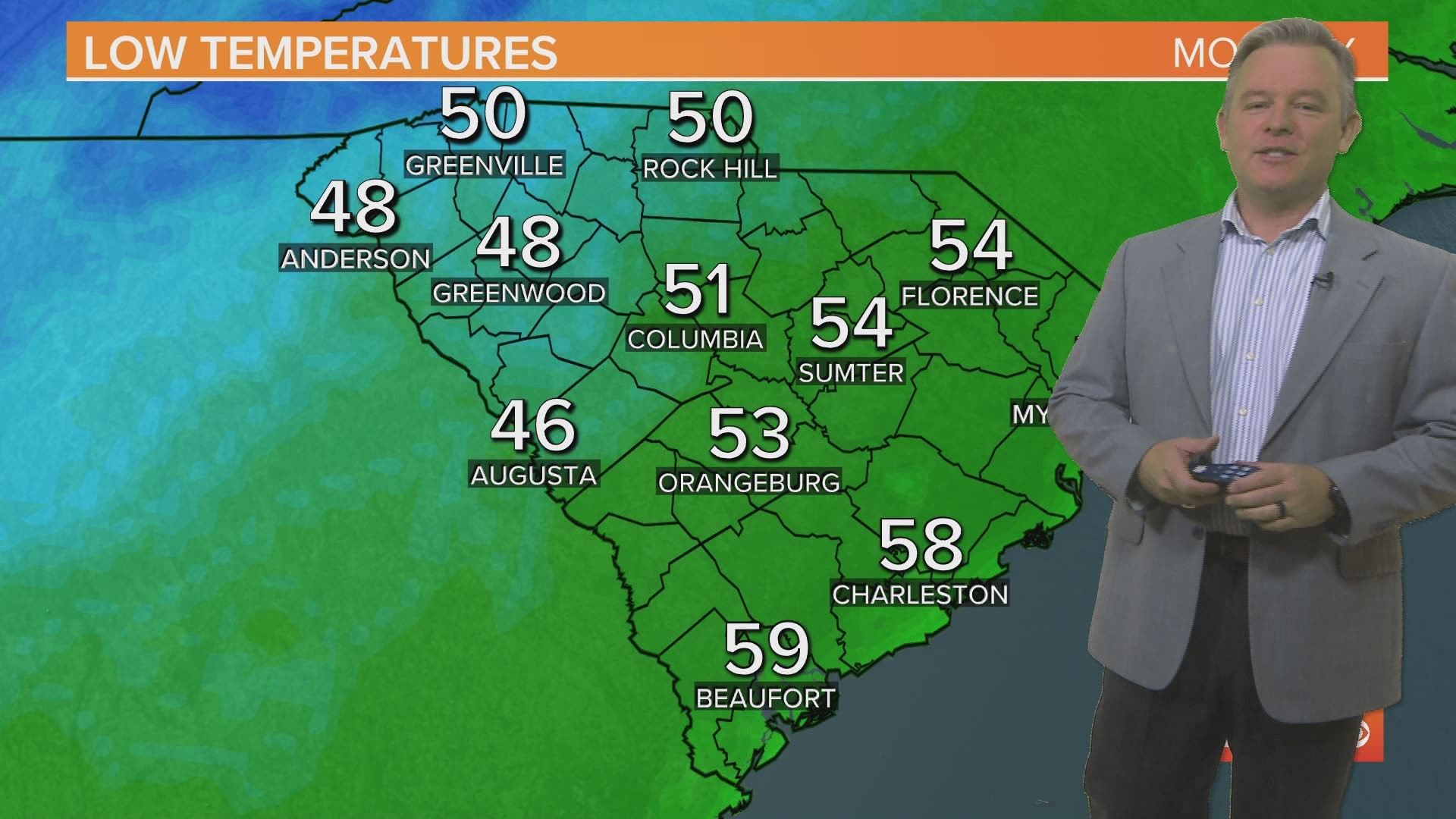 COLUMBIA, S.C. — A cold front moved through the area earlier today, but it will still be mild this afternoon.

The Thanksgiving workweek started off with some fog, but as the cold front pushed through, it helped clear most of the fog out early in the day.

Skies will be sunny this afternoon and temperatures will be pleasant. Highs will top out in the middle to upper 60s.

High pressure will settle over the region tonight. Skies will be clear and winds will be relatively light Tuesday morning. Look for lows in the middle 30s.

A cold front will approach the area Wednesday. Clouds will be on the increase by the middle of the week. There will be a chance for a few isolated showers. High temperatures will be in the upper 60s.

The cold front is forecast to stall out and may linger into Thanksgiving. Showers will be possible late Wednesday into early Thanksgiving Day. An isolated shower or two may stick around for the afternoon hours too. Highs will be in the lower to middle 70s.

The warmer-than-normal weather will stick around Friday and into the weekend. Highs on Friday will be in the lower 70s under partly cloudy skies. There will be a chance for some rain Saturday with temperatures topping off near 70 degrees.

Some cooler-than-normal temperatures are possible for the first week of December for parts of the Southeast.

But warmer-than-normal conditions are in the forecast for most of the United States during that same time period.

RELATED: Development in the tropics does not look likely

RELATED: Farmers' Almanac predicts a chilly and showery winter in the Southeast