As heavy rain hit South Carolina at the end of last week, we're taking a closer look at dam operations in the state and Midlands 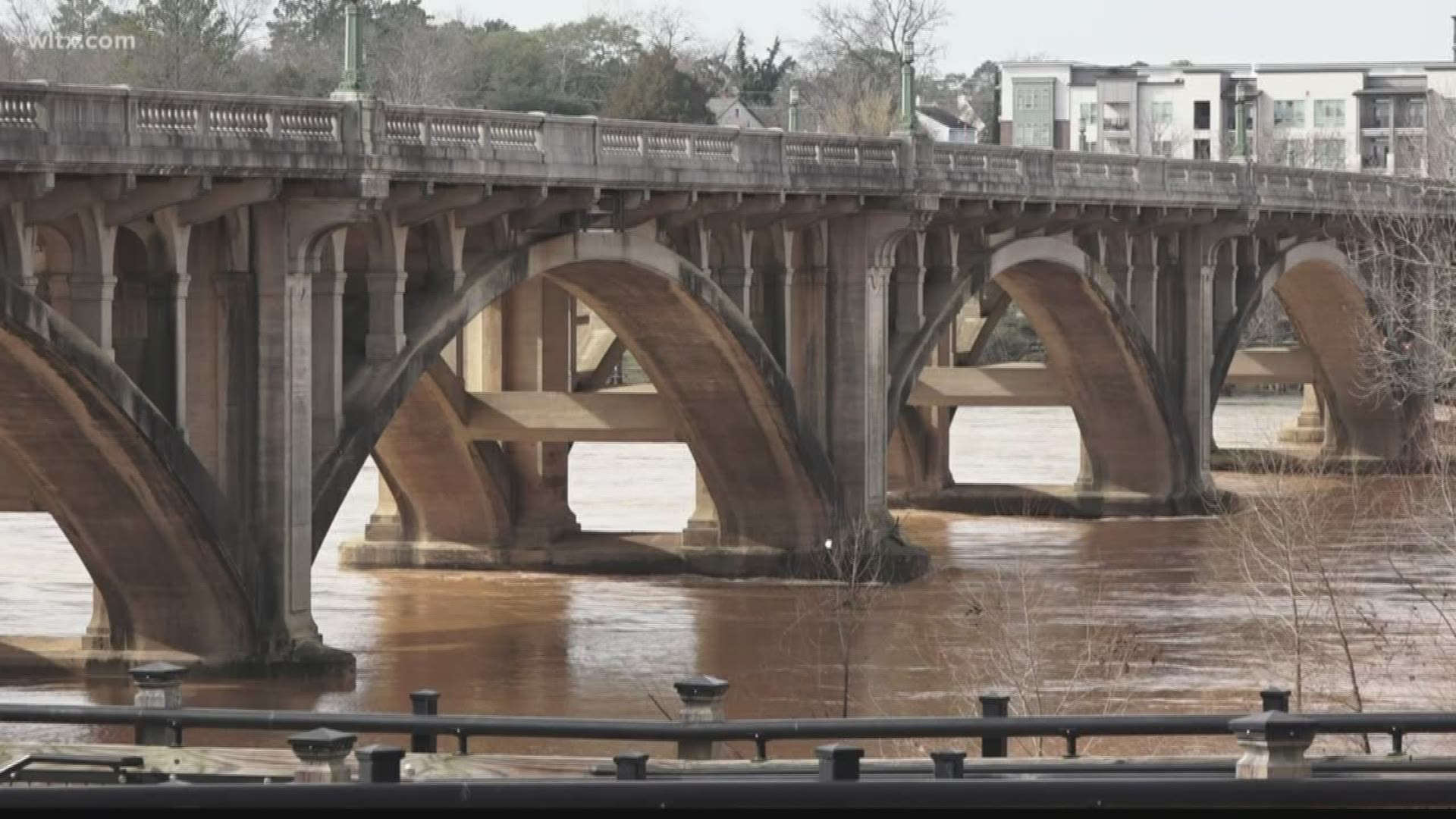 COLUMBIA, S.C. — With all of last week's rain, we're keeping an eye on dams here in the Midlands and what officials are doing to prevent major flooding.

At Lake Murray and the Lower Saluda River, Dominion Energy spokesman Matt Long said the amount of water being released is no different than a regular high-capacity energy day.

“We have opened the spill gates here at Lake Murray, but right now the amount of water that's passing through both our facilities and the spill gate itself is less than what it would be the maximum capacity. So, it's important for people to understand the amount of water coming through right now is less than what we could do at maximum capacity,” Long said.

Currently, Lake Murray is about a foot below accepted levels at 358.8 feet. Dominion's output on the Lower Saluda River is 13,045 cubic feet per second (cfs), below the limit of 18,000 cfs.

“At this point, there is no concern that we would have to discharge more than that. There's no plans to open another spill gate or anything like that,” Long said.

DHEC also contacted or inspected any high or significant risk dams, which received more than 7 inches of rainwater, according to a spokesperson. DHEC said no significant issues were reported.

The agency also said dams are required to have emergency action plans and encourages owners to prudently assess if water levels can be lowered safely before significant storms.

Rain levels in the Midlands did not warrant Midlands-focused alerts, according to DHEC.

Since 2015, DHEC has increased staff for inspections, created inundation maps, are using a CodeRED alert system for all dam owners and operators, and a smartphone app to update dam conditions in real time.