The National Hurricane Center is monitoring two areas in the Atlantic. 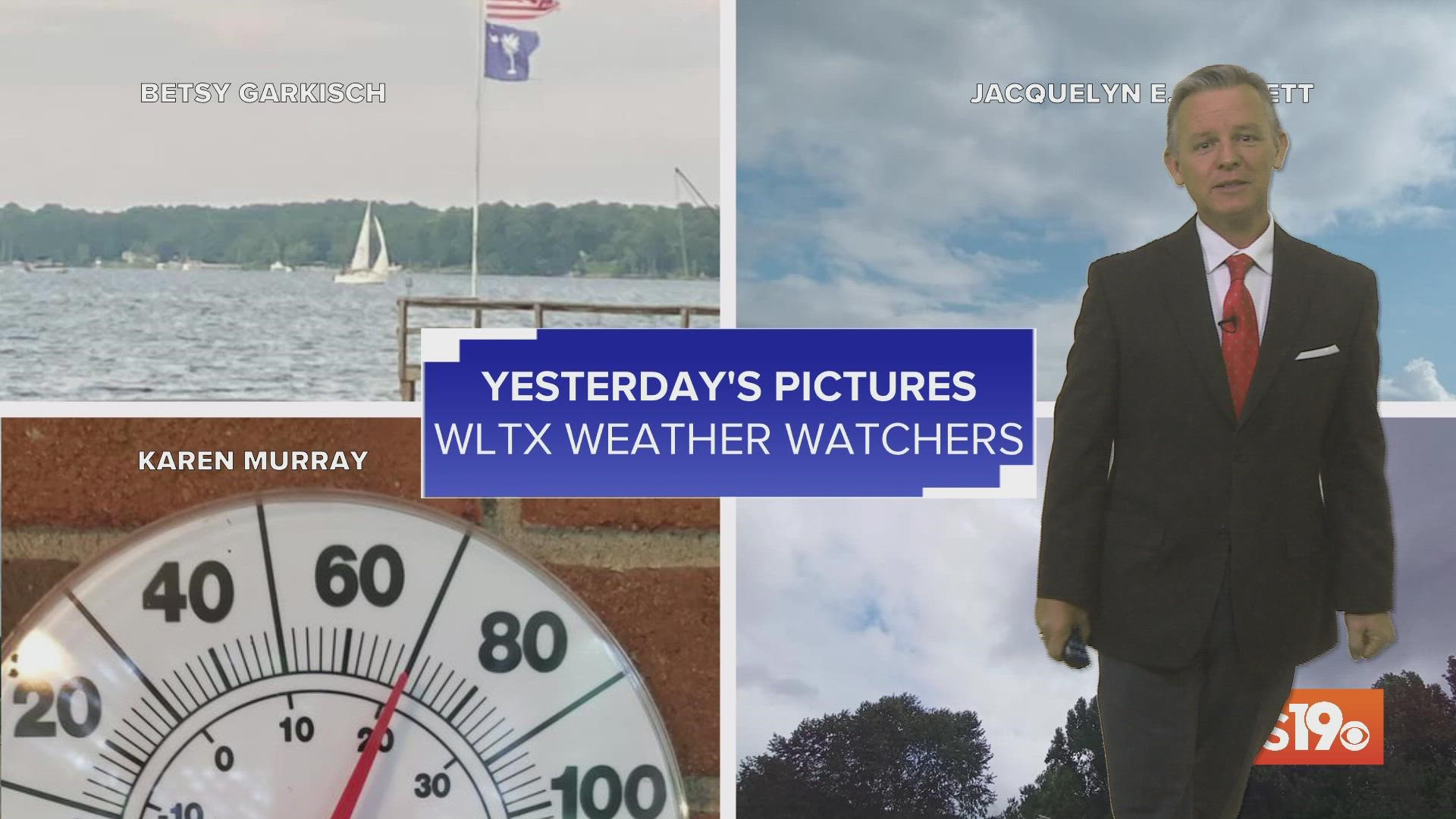 COLUMBIA, S.C. — Temperatures will remain below normal this afternoon under partly cloudy skies. Moisture will begin to increase tonight. The rain chances return to the area Friday and Saturday, but Sunday should be seasonable and dry.

This morning started off very pleasant for August. Temperatures were in the middle 60s to near 70° for most of the Midlands. There were a few sprinkles in the northern Midlands, but most of the area was dry.

Today will be dry and warm. High temperatures later today will be a little warmer than the past couple of days, but still below normal. Look for temperatures to top out in the middle to upper 80s this afternoon.

The clouds and moisture will increase tonight. Showers will be possible starting Friday morning. Showers and storms, scattered in nature, will be possible Friday afternoon and Friday evening. High temperatures will be in the middle to upper 80s to end the workweek.

More rain is possible Saturday in the form of scattered showers and storms. Rain will be possible through the early evening hours. High temperatures Saturday will be in the middle to upper 80s.

The chance for rain will decrease Saturday night. A typical summertime pattern will begin to set up Sunday. The second half of the weekend should be dry, mostly sunny with temperatures climbing to the lower 90s.

Monday through Wednesday, there will be a chance for some rain each day. High temperatures will be in the middle 90s. Heat index values will make if feel like the triple digits at times.

There are two areas being watched by the National Hurricane Center.

A tropical wave just inland over Africa is producing a large area of showers and thunderstorms over the Guinea Highlands. This wave is expected to move off the west African coast later today.

Environmental conditions appear somewhat conducive for gradual development, and a tropical depression could form over the eastern tropical Atlantic by early next week while the system moves westward to west-northwest at about 15 mph.

The second tropical wave was located over the central tropical Atlantic and is producing a broad area of disorganized showers and thunderstorms.

Environmental conditions are expected to be marginally conducive for some slow development east of the Lesser Antilles by early next week. This disturbance is moving west-northwest at 10 to 15 mph.