The previous record for highest number of landfalls in the continental United States was 1916 with 9 total storms. 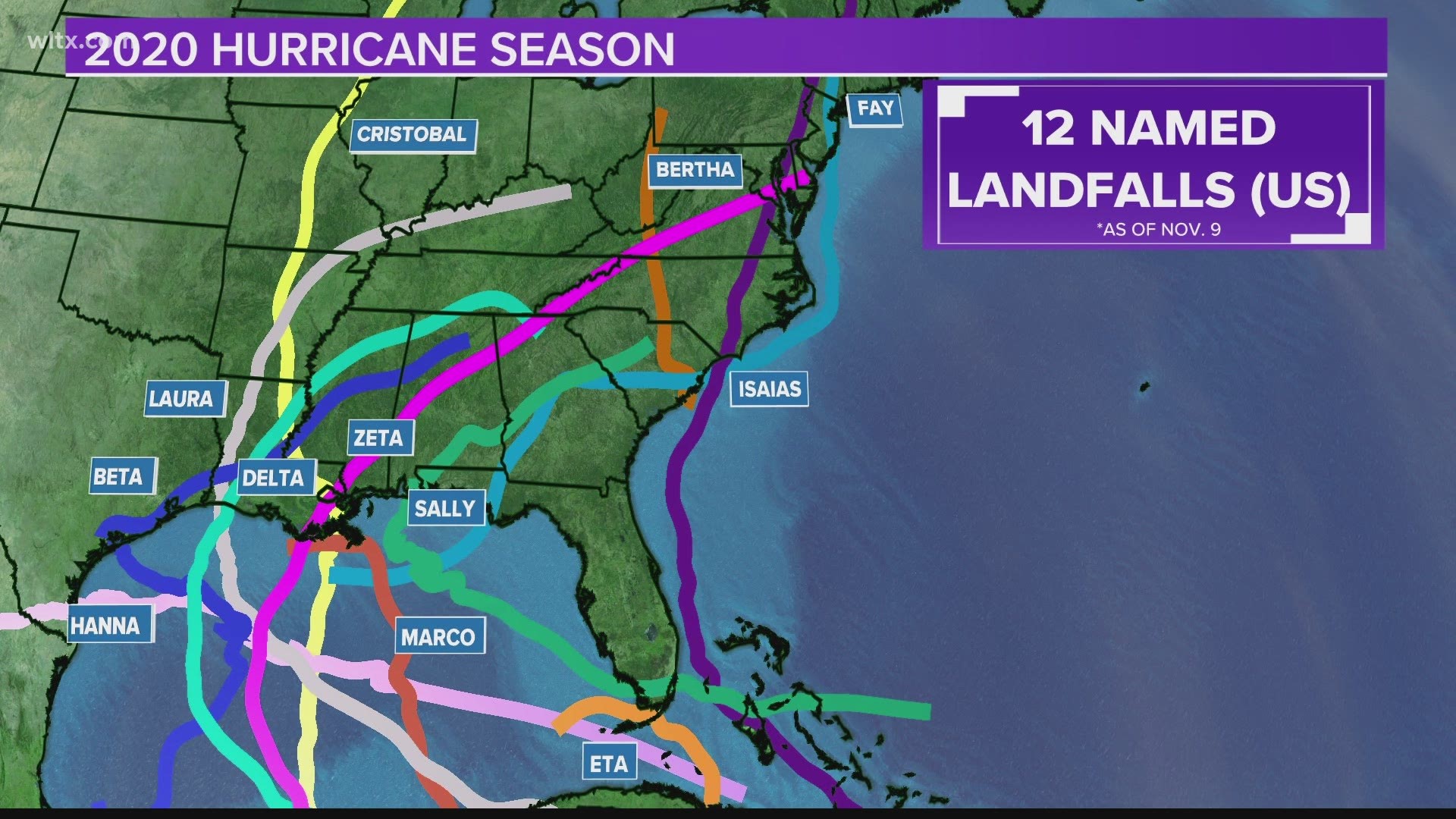 COLUMBIA, S.C. — Tropical Storm Eta made landfall over the Florida Keys late Sunday night, bringing flooding rains to the Keys and other areas of southern Florida. Eta is now the 12th named tropical storm to make landfall along the continental United States this year.

This landfall furthers the record this season already set for the number of United States landfalls in a season. The previous record was set back in 1916, when 9 total named storms hit the U.S.

Of the 12 landfalls to occur this year, 6 of the storms have been hurricanes.

Eta, which already made landfalls in and brought flooding rains to parts of Central America and Cuba is forecast to have an indirect impact on our weather here in South Carolina.

Tropical moisture will move into the Southeast and heavy rainfall is expected midweek.

There are also two other areas that the National Hurricane Center is watching for possible tropical development, both with medium to high probabilities of development. The next two names will be Theta and Iota if needed.

If another named storm does form, the 2020 hurricane season will surpass the 28 storms of 2005 and officially be the most active season in recorded history.

Hurricane season technically ends on November 30th, however that does not mean that tropical cyclones only form during the official season or that we should let our guard down quite yet. In 2005 the final tropical storm, Zeta, formed at the end of December and dissipated in the beginning of January 2006.