Learn to make an egg float with this science experiment

Using the definition of density, this science experiment shows how you can make an egg float on water. 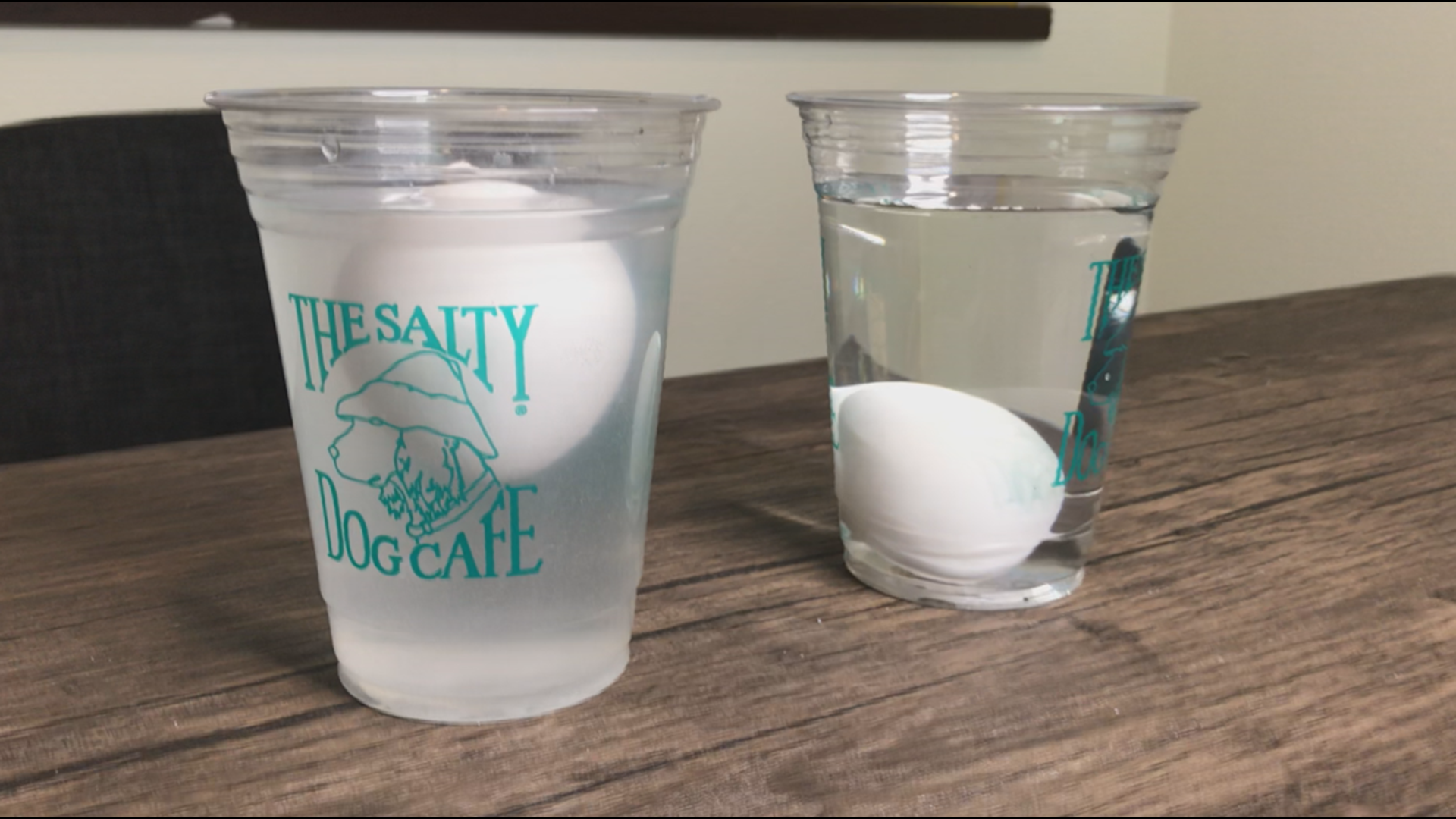 COLUMBIA, S.C. — In the theme of Easter this week, we’re going to do an experiment today in which we use eggs!

We’re going to talk about density, which is an important concept in science and in meteorology.

Here's what you need to do this experiment:

To start, fill both glasses about ¾ full of water.

Next, put multiple tablespoons of salt into the second glass and mix it until it is all dissolved.

But how is the egg able to float? This all has to do with the density of the water.

Density is equal to mass divided by volume. So it is equal to how heavy an object is in a certain amount of space.

If something is more dense than the water, it will sink, like our first egg!

But when we mixed the salt with the water in the second glass, we increased its the mass of the water and therefore increased its density. This egg was able to float because it was relatively less dense!

You can also test this experiment out next time you go on vacation! It is easier for humans to float in the saltwater of the ocean than it is for you to float in the freshwater of a pool.