Smoke from Wildfires in Western US could reach South Carolina

Smoke from the massive wildfires out west has traveled across the country and could produce hazy skies and poor air quality in South Carolina Thursday and Friday. 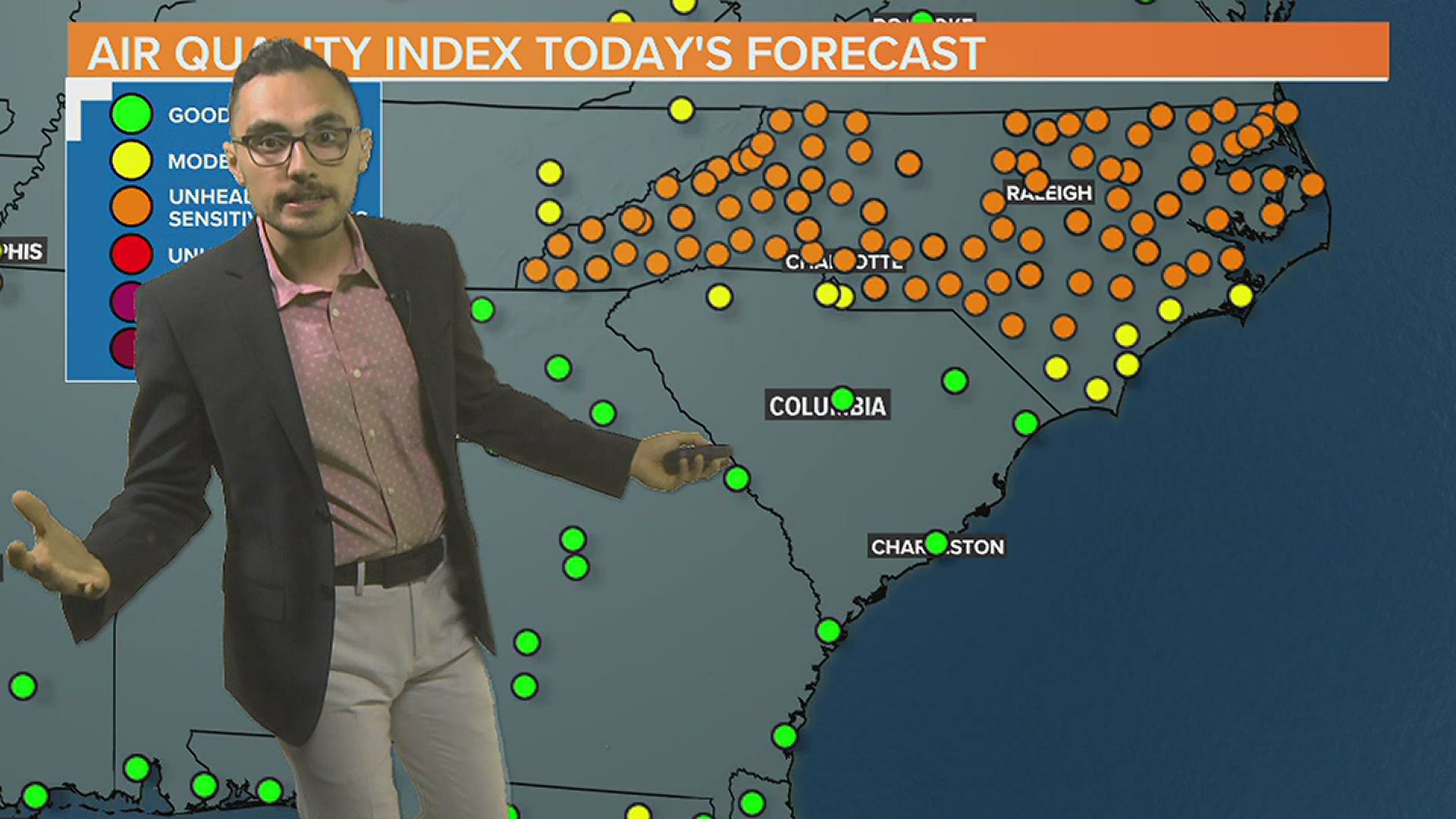 COLUMBIA, S.C. — Smoke from fires in the Western US will move over the Southeast--including South Carolina-- on Thursday and Friday giving a hazy look to the sky and reducing air quality in spots.

The highest concentrations of smoke will be over North Carolina. Most of North Carolina is under a "Code Orange" today which means the air is unhealthy for sensitive groups. The Air Quality is not expected to be as bad in South Carolina, but air quality could be reduced in the northern midlands on Thursday with air quality issues possible on Friday as well.

The Problem's Out West

The Western US is the source of the smoke, where the wildfire situation continues to worsen. According to the US Drought Monitor, "Fire concerns remain across the West as a whole, as there have been nearly 40 new wildfires reported since July 10 (89 as of July 14)".

When the smoke from these massive fires reach about 20,000 to 30,000 feet into the atmosphere, they encounter much faster winds (the jet stream) that can transport the smoky air thousands of miles. The trail of smoke has been traveling along the jet stream bringing hazy skies and reduced air quality to cities in the Northeastern US earlier this week. Now the jet stream is moving south and the smoky conditions are moving into the Southeastern US.

RELATED: The science behind the 'thunderclouds' forming over Oregon's Bootleg Fire

Latest model guidance puts the worst of the smoke in North Carolina today with lower concentrations moving over South Carolina for Friday. The smoke will begin to dissipate this weekend over the southeastern US.

Smoke from the wildfires out west will bring hazy skies & poor air quality to North Carolina, and as far south as the northern SC Midlands today.
Model guidance indicates this plume moves over South Carolina on Friday, but lower concentrations than what NC has seen. #SCwx #NCwx pic.twitter.com/ZtfOrMr1Lx

The fire situation could get worse in the west. The region experienced their highest temperatures on record earlier this summer. This has created rapidly deteriorating drought conditions across the region. The US Drought Monitor has been keeping track of drought conditions since 2000, and the current drought out west is the worst on record. The latest drought numbers from the agency on July 13th put 95% of the Western US in a drought, and 28% of the region is in an excessive drought. "Excessive drought is the agency's highest drought classification, reserved for situations where water emergencies, crop and pasture failures, and wildfires are likely.

RELATED: Explainer: What's behind the heat wave in the American West?

Smoke from these fires can only arrive by the jet stream, so hazy skies in our corner of the country will be temporary.