Heat waves are more deadly than hurricanes, shouldn't they also have names?

They explain naming those heat waves could help increase public awareness about the serious dangers these temperature spikes bring. 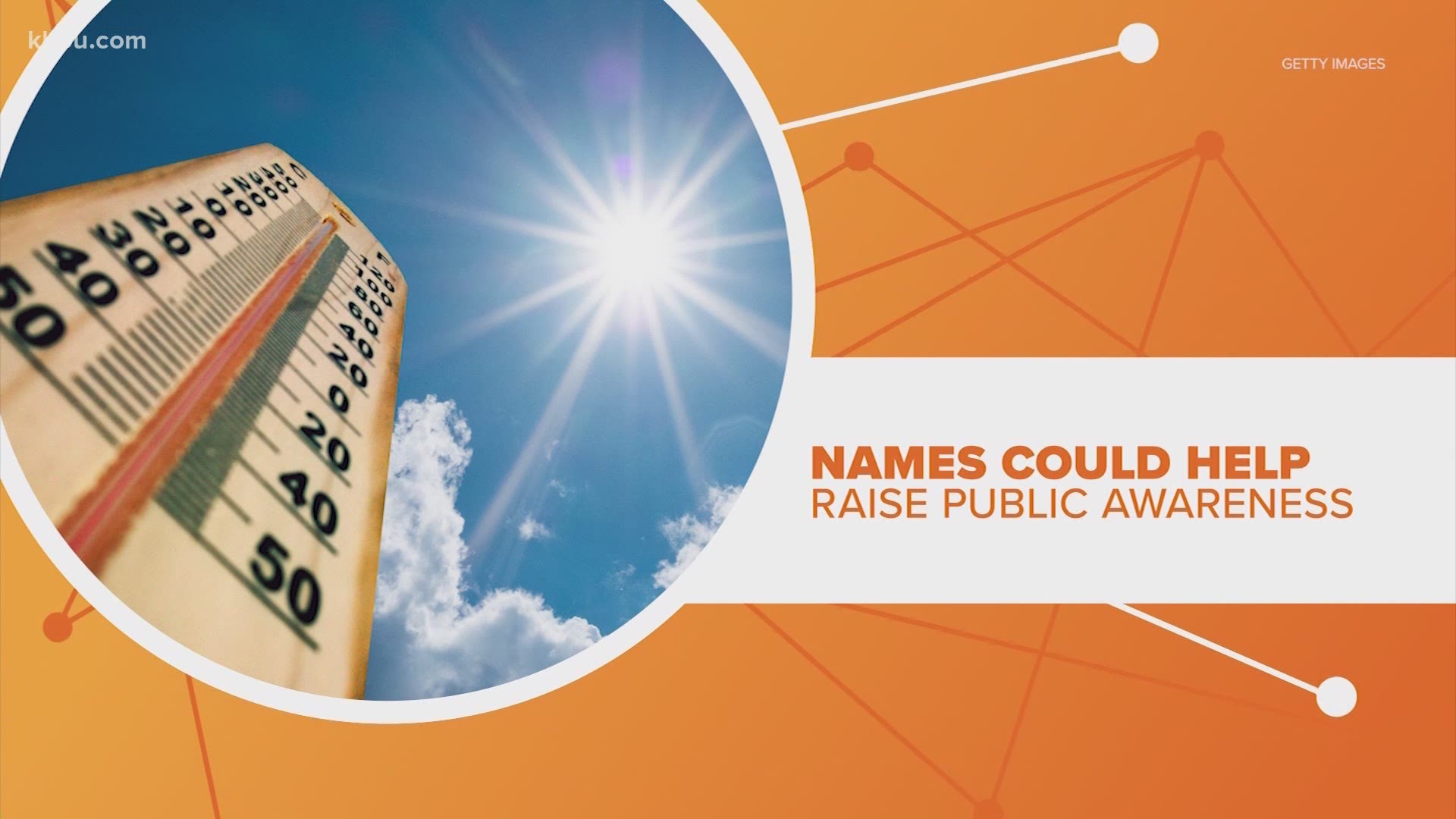 We're waiting on a cool front, but temperatures are still extremely hot! And it turns out, some experts think that summer heat waves should get the same treatment as hurricanes.

Each hurricane season we see a steady progression of names. This year, we've already had Hanna, Laura, Nana and Omar.

Now, some meteorologists think we should name heat waves, too.

Experts explain naming those heat waves could help increase public awareness about the serious dangers these temperature spikes bring. One climate scientist at Yale University says while they don't cause physical damage, they can be deadly and have serious health impacts.

According to research conducted by Science News, heat waves kill more people in the United States than any other weather-related disaster.

While specific plans to the naming process aren't concrete, some scientists are determined to find ways to prepare us for the heat.