The 2020 hurricane season broke a multitude of records, including the most active with 30 named storms. 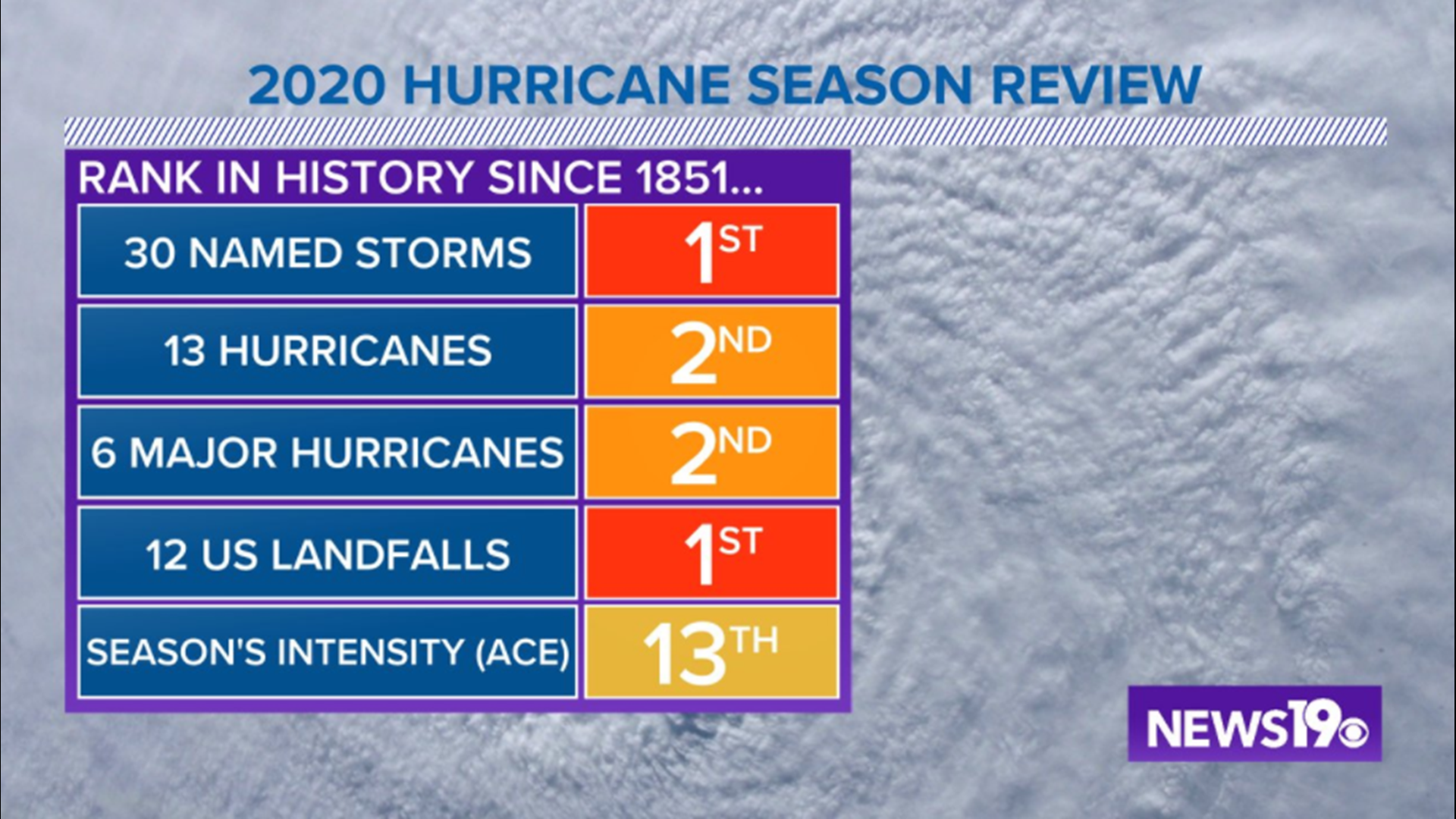 COLUMBIA, S.C. — The record-breaking hurricane season of 2020 officially ended on Monday, November 30th as the most active season in recorded history.

The season, which officially begins on June 1st, started early with two preseason storms, Tropical Storm Arthur and Tropical Storm Bertha. Bertha, which was named and made landfall in South Carolina all within 2 hours, brought heavy rains to our coast and some minor flooding to the area.

The early start was just a taste of what was to come. We exhausted the 21-name list in just September when Tropical Storm Wilfred was named, leading us to use the Greek alphabet for only the second time in recorded history.

This season also set a new record for the number of named storms at 30, which more than doubles the 1981 - 2010 average. The number of hurricanes and major hurricanes also trended above average.

#SATELLITE SPOTLIGHT: The extremely active 2020 Atlantic #Hurricane Season has officially come to an "end". The Atlantic Basin had a record-breaking 30 named storms—all of them seen here from @NOAA's #GOES16🛰️. Review this historic season here: https://t.co/kxFEz7qVNP pic.twitter.com/pUmoEzzfZU

Other notable records include 12 landfalling storms in the United States, as well as a high number of ACE, or accumulated cyclone energy.

While the season may be over, it is still important to note that storms can and have formed outside of hurricane season. In 2005, the last storm to develop was Zeta, which formed at the end of December.

Since 1950, six storms have formed during the off-season and strengthened to hurricane strength.

The 2021 hurricane season officially kicks off on June 1st of next year.