City and state leaders up and down the coast are preparing for the storm's potential impact. 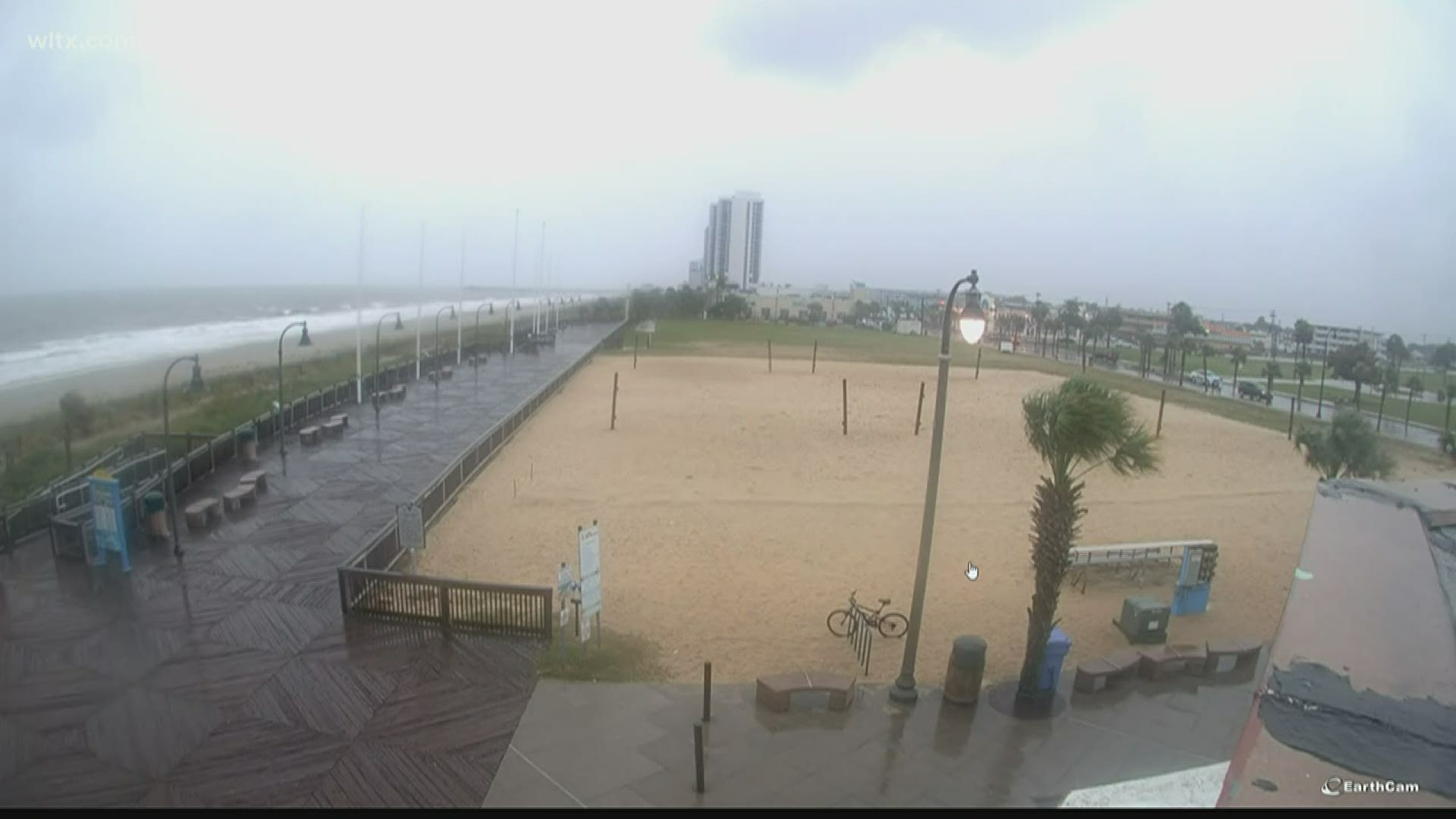 MYRTLE BEACH, S.C. — People across the coast of Myrtle Beach are getting ready for the possible impacts of Isaias.

On Ocean Boulevard, businesses like the Pier 14 Restaurant are tying down and packing up items ahead of the storm.

"We just never know, so we are always concerned," Lucy Nicolai, Pier 14 office manager, said.  We have a lot of outside seating so we do pull chairs up against the building. We have a lot of .. decorative and shade sails that we pull down so they don't go flying into the ocean.... Anything that comes close enough to us is a concern because we are a pier."

She says they've closed for the day and, although the beach is open, city leaders ask that no one enter the water.

Horry County along with the cities of Myrtle Beach, North Myrtle Beach and Conway are all under a heightened state of emergency as Isaias approaches.

"Trash containers are coming off the beach today. We have crews ready on stand by. We've lowered some of the lake levels to have some extra capacity for the rain," Mike Kruea, a spokesman for Myrtle Beach, said.

Storm surge, coastal flooding and the possibility of tornadoes are some of their biggest concerns.

RELATED: Isaias expected to make landfall in South Carolina in a few hours

RELATED: Preparations continue in Orangeburg as Isaias makes its way to South Carolina

"Tourist that are here just stay in the hotel or the location you're at throughout the night tonight. Don't get out and try to see what's going on with the ocean," Randy Webster with Horry County's emergency response team said. "I am concerned about folks that may be in the low lying areas not concerned about what storm surge is and how quickly it can present itself."

Our teams stayed busy today prepping to open shelters if needed along the coast. #RedCross pic.twitter.com/Ispm6di5S1

Shelters have not opened, but the Red Cross says they're on standby.

"The shelter volunteers are ready to go," Red Cross Eastern Executive Director Amy Brauner said. "We have prestaged all of our trailers that have generators and (personal protective equipment) and water all across our footprint, so when a disaster does happen we can go work immediately within those communities."

County leaders are asking everyone in the area to take precaution, stay inside and away from the water as the storm passes through.

RELATED: How to prepare for a hurricane before it arrives