This is how frost forms

Meteorologist Alex Calamia explains how frost can form when the temp is above freezing. 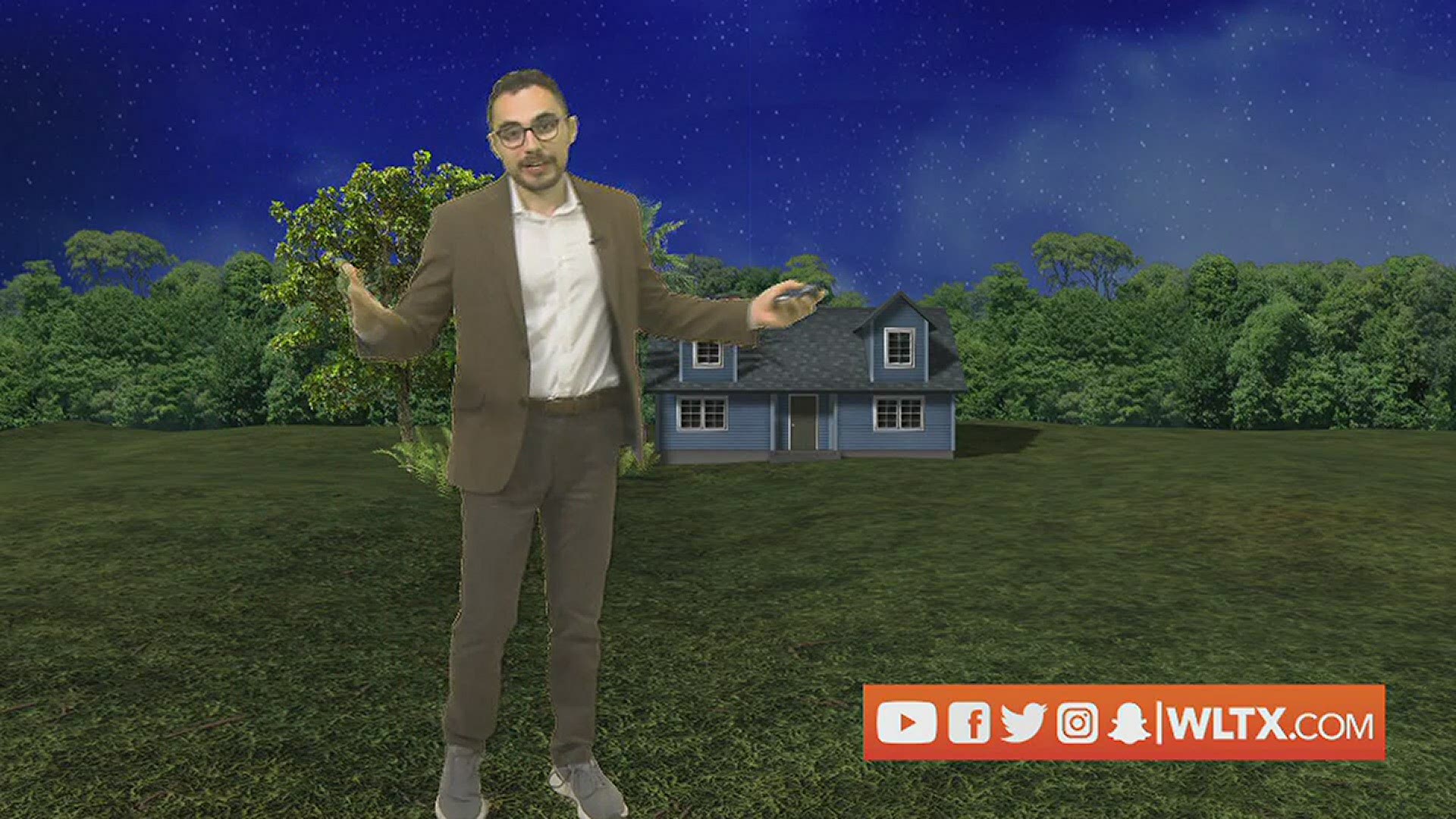 COLUMBIA, S.C. — Year after year, November marks the end of the growing season in the South Carolina Midlands, and for some gardeners, Tuesday morning will be cold enough to end this year’s growing season when frost develops on leaves, roofs, and even car windshields. Overnight low temperatures will drop into the 30s, but should remain above freezing for much of the Midlands; however, frost can form even when the official temperature is above 32F.

Frost develops when the temperature is cold enough for water molecules in the air to freeze. The process is called Deposition (it’s the opposite of evaporation). Ice crystals appear without liquid water ever forming. This happens most frequently on surfaces that are wet and get cold much faster than the air around it like grassy fields, roof tops, or your favorite frost sensitive plants.

Unlike dew, frost can form on nights where the air is relatively dry. When the air is cooled to the dew point temperature, water forms. On humid summer mornings the dew point frequently is at least 70 degrees which is why so many surfaces can be dripping wet without rain ever forming. During the cooler months, we look at the frost point. The temperature does not have to cool as low for frost to form because the atmosphere requires more energy (higher temperatures) to deposit ice than liquid water.

When does frost happen?
Frost is most widespread on clear, cold nights with calm wind. The lack of wind creates cold pockets nearby surfaces that are very efficient at releasing heat. Frost isn’t common on nights that are cloudy or breezy because the air is often “well mixed”. The official temperature is taken at 5 feet above the ground, which can be several degrees warmer than the coolest surfaces around your yard. That’s why you may see frost on your car windshield even if your thermometer reads several degrees warmer than 32 degrees.

Temperatures in the low to mid 30s aren’t cold enough for long enough for liquid water to freeze, especially if the water is moving, so pipes and fountains are typically not a concern until hard freezes are in the forecast (temperatures dropping below freezing for several hours and typically dropping well into the 20s or colder).

Frost can damage tender plants if the water inside leaves starts to freeze. Water expands as it freezes which ruptures plant cells (like a bruise). It can sometimes take hours for the damage to show. Typically plants will begin to wilt or brown when they exhibit freeze damage.

Blankets can protect plants from frosty weather a little longer. Heat can’t escape as easily at night if there’s something above to redirect the heat back to the plants. Placing potted plants underneath a dense tree canopy can work for the same reasons. These methods are only effective at preventing radiational cooling which occurs on dry nights with clear skies and calm winds. Advection cooling (when breezy winds carry freezing cold) can bring frost damage even to covered plants, although the plants will still be better off under a blanket than left out in the open unless wet weather is expected.

The average first freeze in Columbia is November 6th, but the typical first freeze occurs anytime in November. The first freeze can occur as late as December, but it’s rare and hasn’t happened that late in the season for Columbia in more than 40 years.