An early start to hurricane season?

This would be the seventh straight year a storm has formed before the official start of hurricane season. 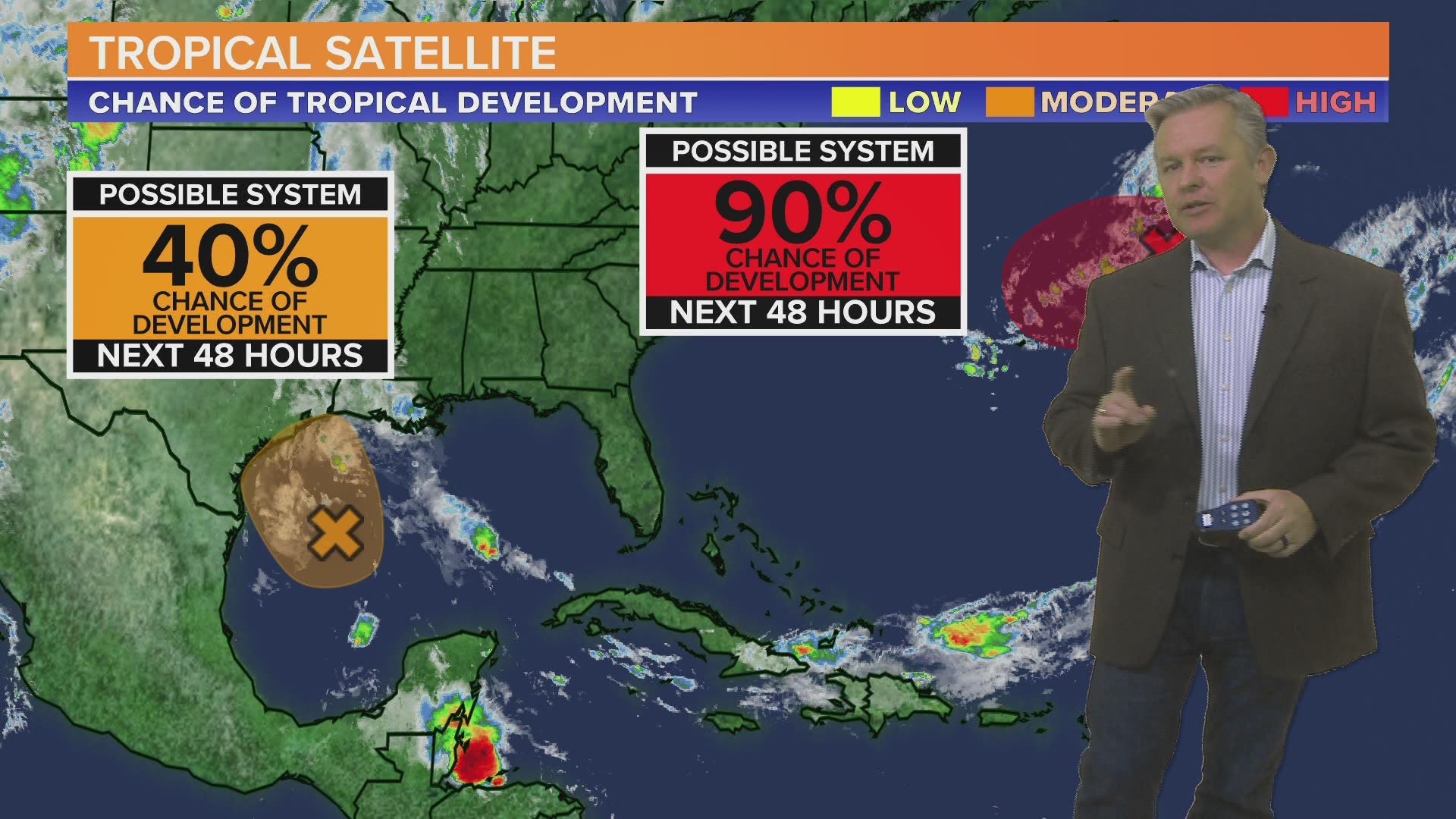 The National Hurricane Center is monitoring two areas in the Atlantic for possible tropical development.

One disturbance is in the middle of the Atlantic, the other on is closer to the US, in the Gulf of Mexico.

Satellite imagery suggests that a low-level circulation is forming associated with the mid- to upper-level disturbance over the western Gulf of Mexico.

The NHC gives this area a 40% chance of further development over the next 48 hours. As of Friday morning, the shower and thunderstorm activity remained disorganized.

Conditions are expected to be marginally conducive for development, and a short-lived tropical depression or storm could form before the system moves inland over the northwestern Gulf coast tonight.

Regardless of development, the system could produce heavy rainfall over portions of southeastern Texas and southwestern Louisiana during the next few days.

Showers and thunderstorms associated with a non-tropical area of low pressure is about 450 miles east-northeast of Bermuda.

As of Friday morning, it had become better organized.  However, the low has not yet acquired subtropical storm characteristics.

If current trends continue, advisories could be initiated on the system later today or tonight as it moves westward to west-southwestward to the northeast of Bermuda.

The system is forecast to move northeastward into a more hostile environment by Saturday night or Sunday.

A tropical storm watch could be issued for the island by the Bermuda Weather Service.