Ana is history, the tropics are quiet again

Hurricane season officially begins June 1, but this is the seventh straight year we have had a named storm before the season began. 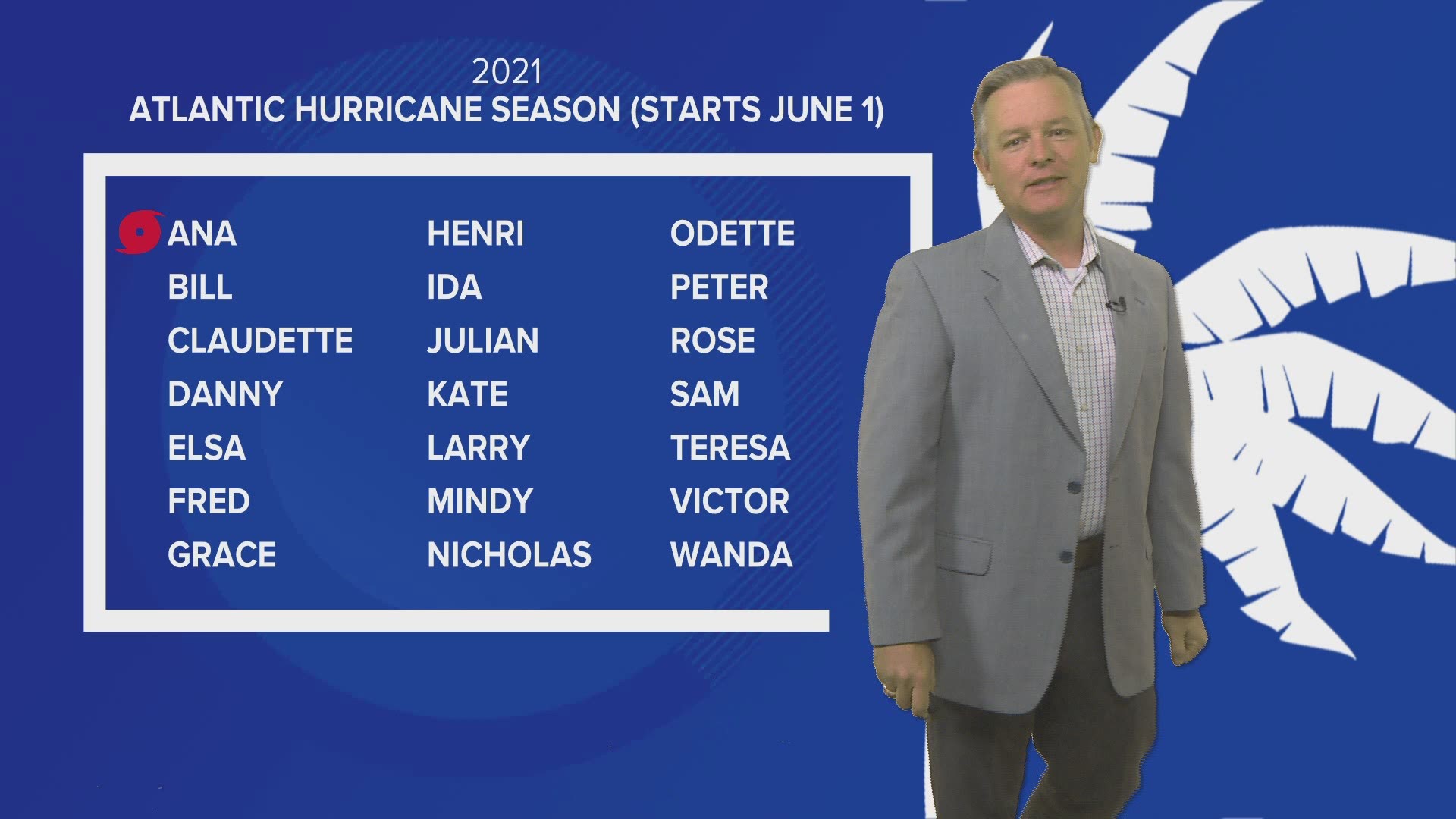 COLUMBIA, S.C. — Ana became the first tropical storm of the season, but it has dissipated. The tropics are expected to be quiet over the next five days, but Ana is a great reminder that the official start of hurricane season is next week.

Ana became the first named storm in the Atlantic this year. The preseason storm came a little over a week before the official start of hurricane season. The season will begin on June 1.

This is the seventh straight year a named storm has formed before June 1 in the Atlantic. The tropics are expected to stay quiet at least over the next five days. There are no areas being monitored by the National Hurricane Center.

According to NOAA, they do not anticipate a repeat of the historic level of storm activity seen in 2020.

In 2020, we exhausted the 21-name list in just September when Tropical Storm Wilfred was named, leading us to use the Greek alphabet for only the second time in history.

The 2020 season also set a new record for the number of named storms at 30, which more than doubles the 1981 - 2010 average. The number of hurricanes and major hurricanes also trended above average.