Tracking the tropics: A look back at Florence

Florence became the first major hurricane of the 2018 Atlantic hurricane season, drastically changing the lives of millions of people. 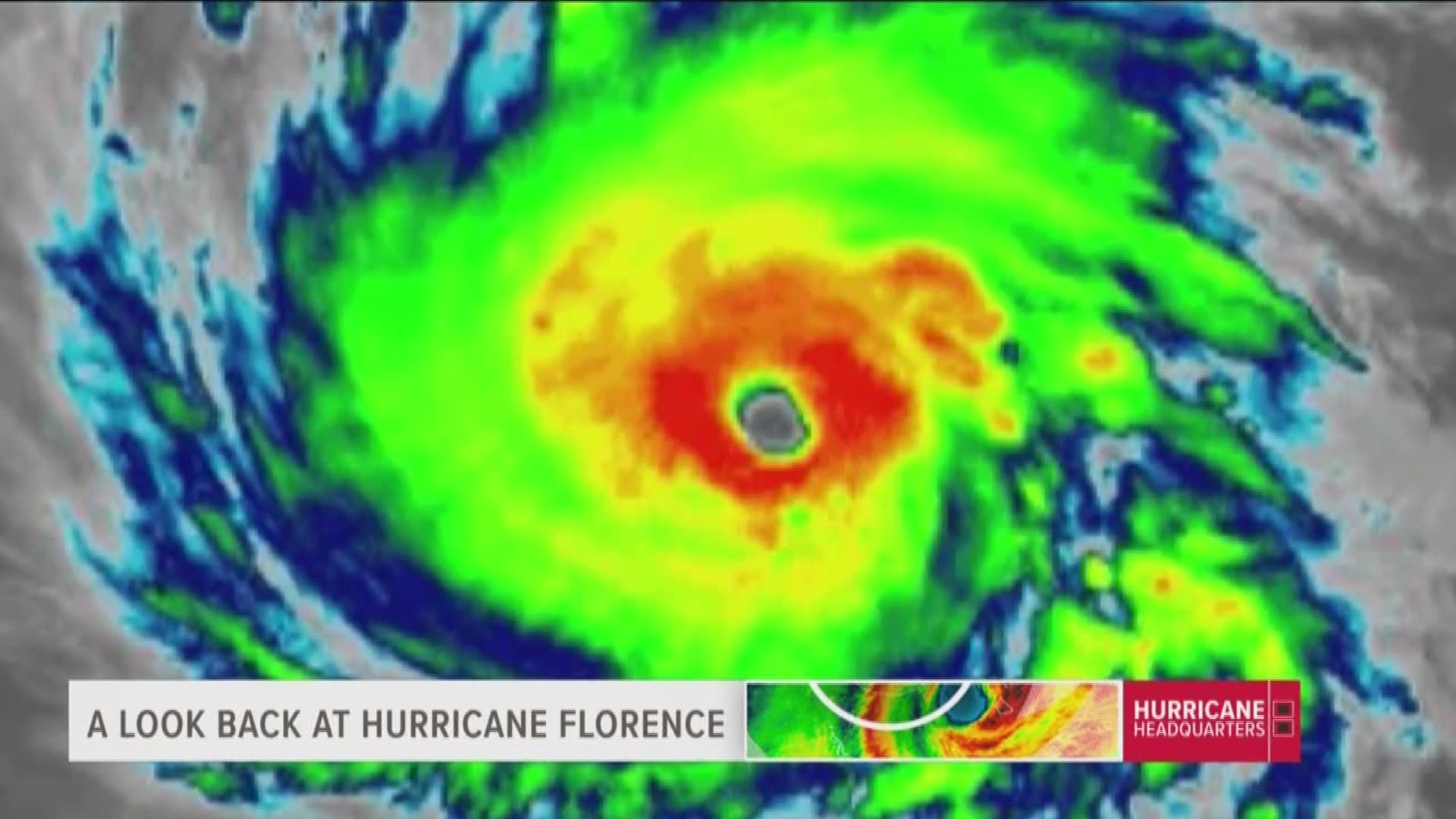 CHARLOTTE, N.C. — It was a record-setting storm in the worst way possible; the ninth most destructive storm to hit the U.S.

22 people were killed, and $24 billion in damages was done in four states -- most of that right here in the Carolinas.

It was the kind of once in a lifetime storm where the news is on non-stop, and the news isn’t good.

“It was eerie, we heard creaking and some metal tearing.”

NBC Charlotte's breaking news coverage of Hurricane Florence began in the days just before the storm made landfall near Wilmington.

It came ashore as a Category 1 hurricane but packing the highest wind gusts to hit here in 60 years.

Once the winds were gone, the unrelenting rain and flooding became the problem on the coast and in Charlotte.

Our anchors were stunned to see people taking chances with the water time and time again.

Police say Charlotte mother Deja Lee ignored the warnings and the barricades, driving around them on Highway 218. Her car was swept away in the floodwaters.

She got out but lost her grip on the car seat she was carrying. The body of her son, 14-month-old Kaden Welch wasn’t found until hours later.

“He was my first and only child and now he's just gone. I don’t even feel like a parent no more. He's just gone," she said.

In all, 22 lives were lost because of the storm; another 30 deaths were indirectly related.

All a not very distant memory as yet another hurricane season gets underway.