Hurricane Zeta will combine with a cold front on Thursday and bring winds over 30 mph and a risk for an isolated tornado in South Carolina. 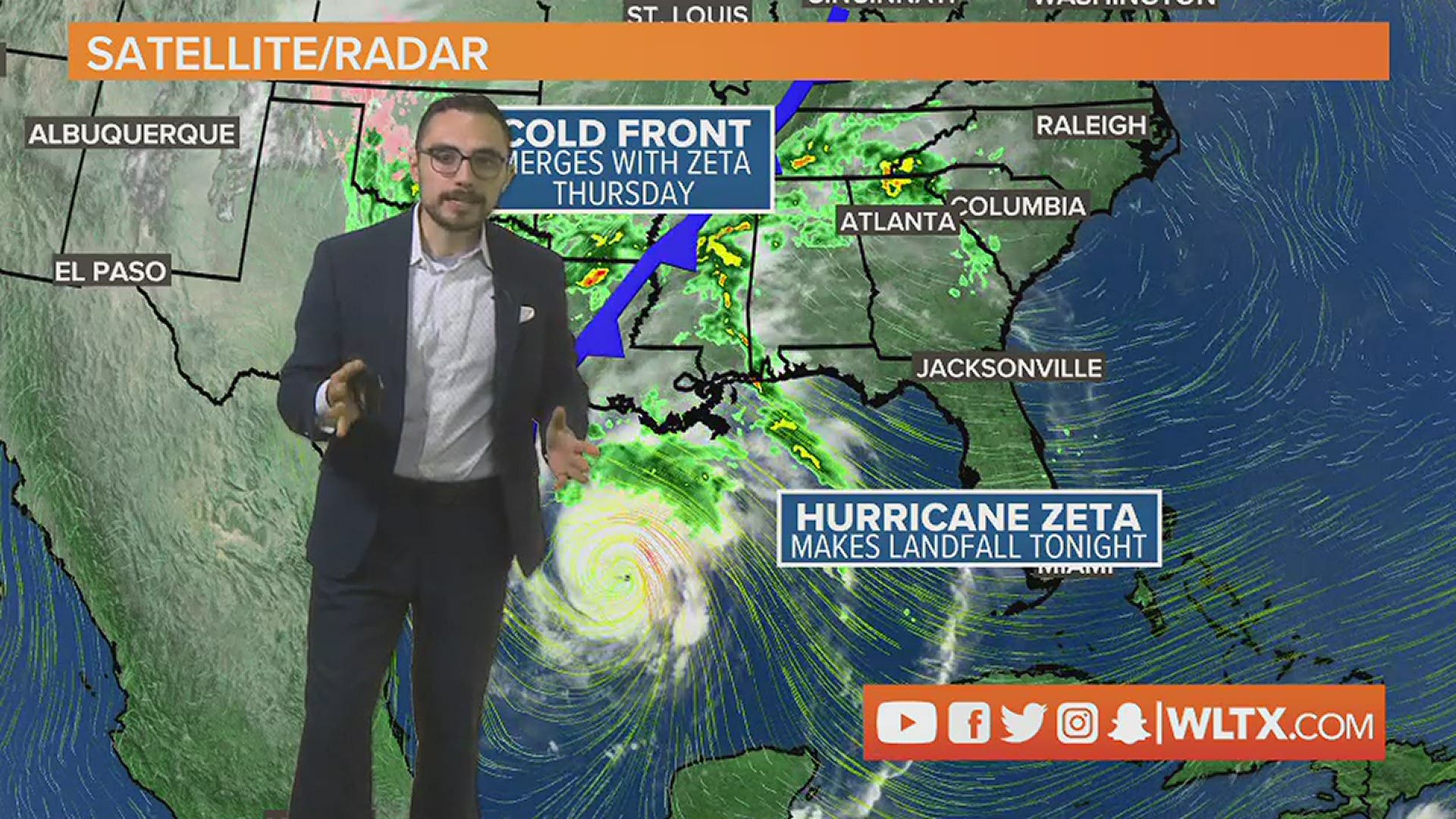 COLUMBIA, S.C. — Hurricane Zeta is getting stronger in the Gulf of Mexico on Wednesday morning. Zeta was only a tropical storm Tuesday evening, but now is expected to rapidly intensify before landfall in Louisiana as a strong Category 2 hurricane with winds of 100 mph. The storm will track west of South Carolina as it weakens over land on Thursday, but gusty winds and an isolated strong storm are possible as the storm combines with an approaching cold front.

Wednesday will be humid, but mainly dry aside from a passing shower. Temperatures will remain in the 70s for most of the evening as Zeta pulls tropical air and moisture into the Midlands Thursday Morning.

A mix of sun and clouds are expected on Thursday across the Midlands. Widespread rain is not expected, but pockets of heavy rain could produce up to an inch of rain, with much lower totals elsewhere.

The best chance for severe weather on Thursday will be around 11 AM into the mid afternoon. These storms could contain wind gusts over 50 mph and an isolated tornado, but will be very isolated.

The last tornado outbreak in the Midlands occurred a few weeks ago on September 17th from the remnants of Hurricane Sally. Hurricane Sally made landfall as a category 2 hurricane and the remnants tracked over the Midlands. The east side of the storm produced numerous reports of wind damage and 11 weak tornadoes throughout the morning.

The Midlands will again be on the severe east side of the storm with Zeta, but Zeta's track will be farther west limiting the risk for flooding. The approaching cold front will provide more widespread wind with Zeta than what occurred during Sally, but for most of the Midlands, these winds will arrive without rain.