The storm is expected to become a major hurricane and could hit areas devastated by Eta. 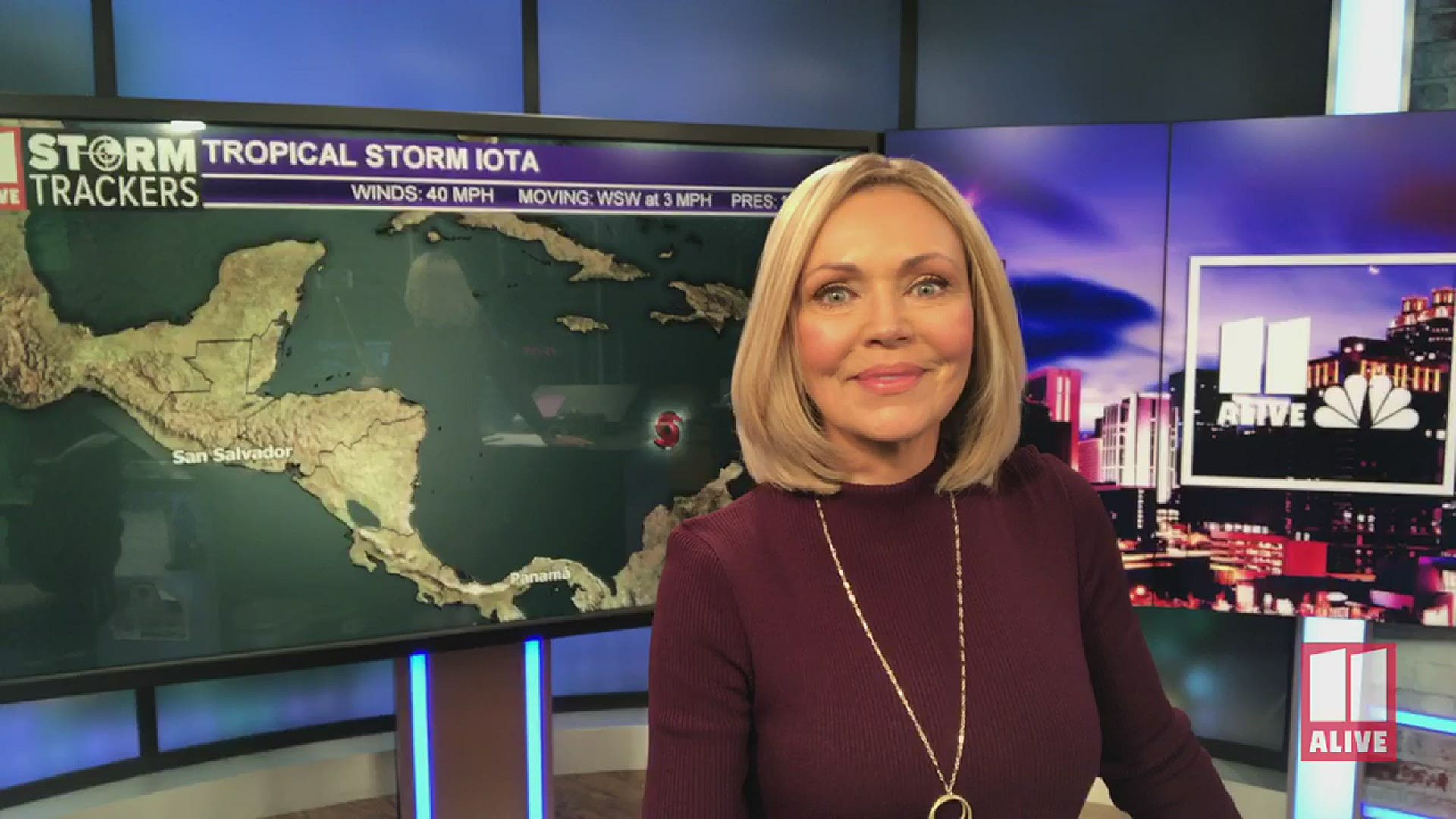 HOUSTON — The record-breaking Atlantic hurricane season keeps churning out named storms. On Friday, we got the 30th named storm in Tropical Storm Iota.

The storm is not a threat to Texas, but is expected to strengthen into a major hurricane before moving into parts of Central American that were devastated by Eta before that storm moved east and through Cuba and Florida.

The storm brings with it the risk of dangerous wind, storm surge and rainfall in Nicaragua and Honduras beginning Sunday and into Monday.

Through Wednesday morning, heavy rainfall may lead to life-threatening flash flooding across portions of Haiti, Jamaica and Central America.

The system is going to strengthen quickly as it moves through a very conducive environment with low vertical wind shear, warm water and a moisture-rich atmosphere.

This storm will likely go from Friday's 40-mph winds to 110 mph winds in just 72 hours. By Sunday, it is forecast to strengthen into a hurricane as it moves west across the Caribbean.

Sunday into Monday, Iota is forecast to continue strengthening into a Category 2 hurricane with winds of 110 mph as it approaches the coast of Nicaragua and northeastern Honduras. The storm may very well become a major hurricane, Category 3 or higher, which begins at 111 mph.

Through next Wednesday morning, Iota is expected to produce 4 to 8 inches of rain, with local 12-inch totals, across portions of northern Columbia, Panama and Costa Rica. Across other sections of Central America, the system could produce 20 to 30 inches of rain with most of that rain falling across northern Nicaragua and Honduras.