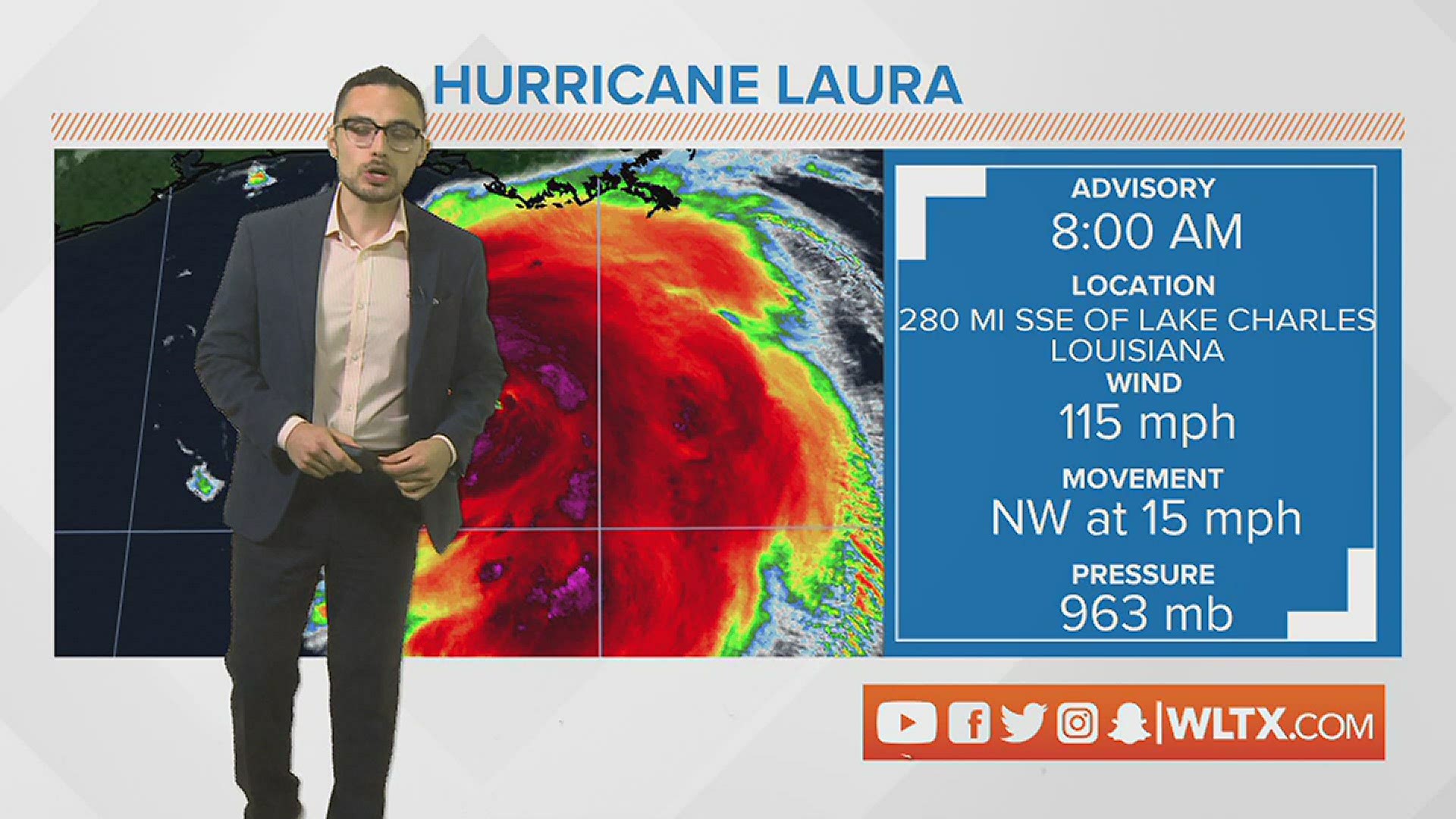 COLUMBIA, S.C. — On Wednesday morning, Laura is rapidly intensifying in the Gulf of Mexico. Earlier in the morning, Laura's eye appeared on satellite for the first time and at 8 am, the storm was declared the first major hurricane of the 2020 Atlantic Hurricane Season. Laura is expected to make landfall by the Texas Louisiana border overnight as a Category 4 hurricane with sustained winds of 145 mph.

As of the 11 am advisory, Laura has maximum sustained winds of 125 mph and is moving NW at 16 mph. The storm had a pressure of 956 mb. The next advisory from the National Hurricane Center is at 1 pm ET.

The fast moving storm will likely bring hurricane force winds for just 3-6 hours early Thursday morning, but winds will exceed 100 mph in some spots, especially along the coast. Tropical storm force winds will arrive in parts of Coastal Texas and Louisiana later Wednesday afternoon, with conditions becoming dangerous before sunset on Wednesday.

Although the storm will be weaker as it moves inland, gusty winds are expected in northern Louisiana and Arkansas which could knock down trees, power lines, and damage property.

Storm Surge Watches and Warnings are also posted for parts of Texas and Louisiana's coast line.  Life threatening storm surge will arrive around and just after midnight overnight on Wednesday. The worst storm surge will occur near and just east of the landfall, but some storm surge is expected west of landfall as well.

Flooding rain is also expected, with rainfall exceeding 4 inches of rain western Texas and eastern Louisiana into Arkansas. Severe weather is also possible including tornadoes, especially on the east side of the storm.

No direct impacts are expected for South Carolina, but an increased southerly flow of moisture could bring a better chance for thunderstorms on Saturday to the Midlands