The agency is calling for an above-normal season, but not as busy as 2020. 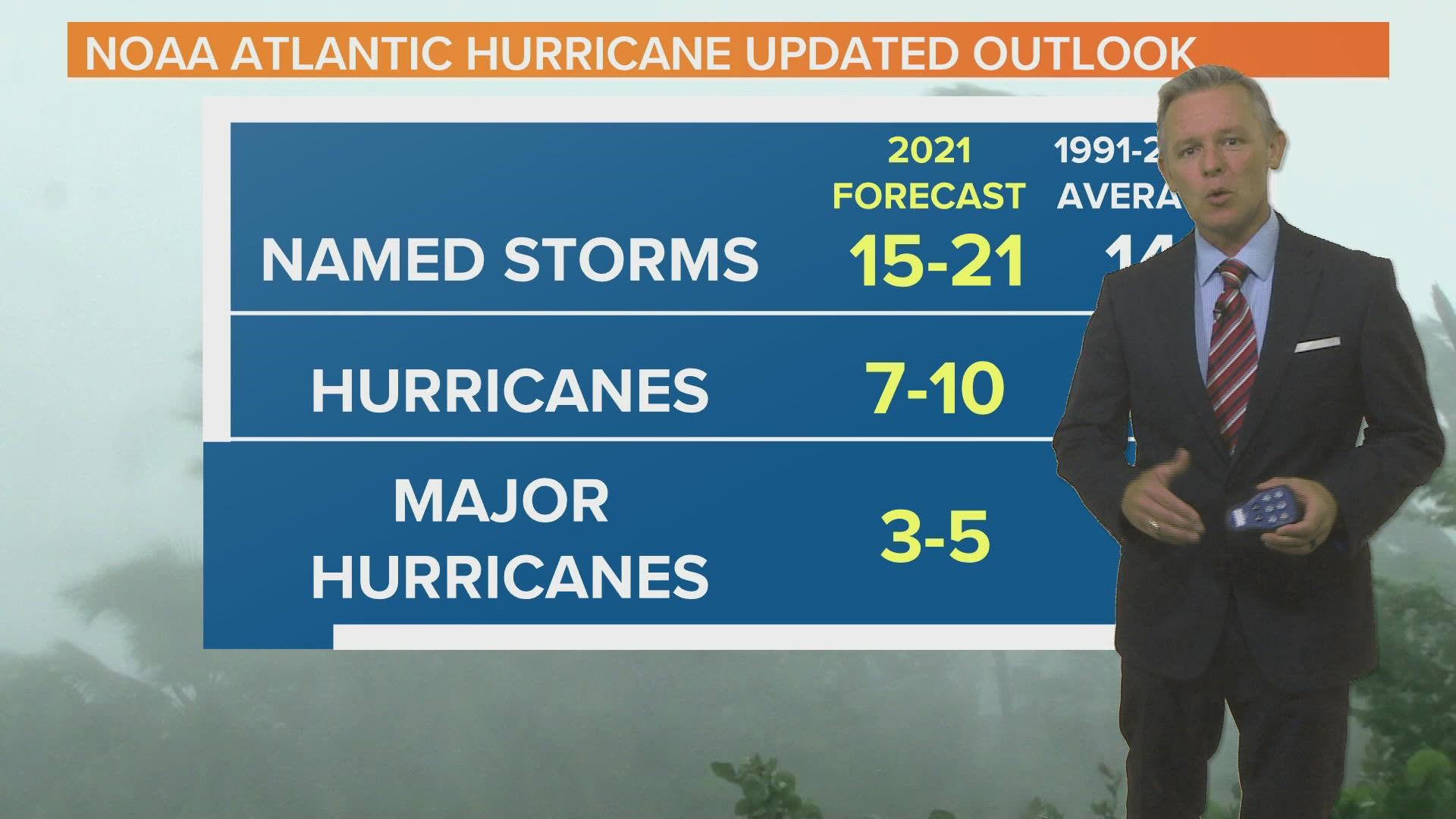 As of Wednesday, the Atlantic has had five named storms, but only one hurricane. Hurricane Elsa made landfall as a weak tropical storm in early July. That is the last named storm so far this season.

NOAA now predicts 15-21 named storms, including 7-10 hurricanes, of which 3-5 could become major hurricanes. This update does include the five named storms we have already had.

Matthew Rosencrans, the lead seasonal hurricane forecaster with NOAA's Climate Prediction Center said, "A mix of competing oceanic and atmospheric conditions generally favor above-average activity for the remainder of the Atlantic hurricane season, including the potential return of La Nina in the months ahead.”

“Now is the time for families and communities to ensure their preparations are in place,” according to National Weather Service Director Dr. Louis W. Uccellini.

He added, “These storms can be devastating, so be prepared for all possible outcomes by staying tuned to the forecast and following safety information and possible evacuation notifications issued by emergency officials.”

There are three areas being monitored by the National Hurricane Center, but only two have a chance for more development.

A tropical wave is forecast to move off the west coast of Africa by late Thursday. Environmental conditions appear somewhat conducive for some slow development over the far eastern Atlantic through the weekend into early next week while the system moves generally westward at about 15 mph.

A tropical wave located over the central tropical Atlantic is producing a broad area of disorganized showers and thunderstorms.  Environmental conditions are expected to be marginally conducive for some slow development east of the Lesser Antilles by Sunday and into early next week while the disturbance moves west-northwest at 10 to 15 mph.

There was a total of 31 tropical or subtropical cyclones, 30 named storms, 14 hurricanes, and seven major hurricanes.

It was also the second tropical cyclone season to feature the Greek letter storm naming system, the first being the 2005 season.

Of the 30 named storms, 11 made landfall in the continental United States, breaking the record of nine set in 1916.

This season featured six U.S. landfalling hurricanes, tying with 1886 and 1985 for the most in one season.